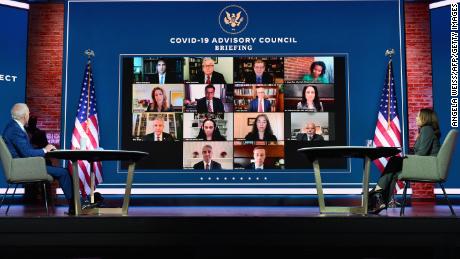 Less than 10 weeks before Biden will take office, his team is locked out of crucial Covid-19 pandemic data and government agency contacts, which threatens to hamper the federal response amid peaking coronavirus cases and the expected mass distribution of a vaccine. The formal transition has not begun because the General Services Administration, led by a Trump appointee, has not granted ascertainment of the election result. President Donald Trump has refused to concede the election.
Faced with a lag in the transition process, Biden’s team is working around the hurdles Trump has created to be prepared on day one, the sources say. The transition, which has already named a Covid-19 task force, has been making calls to governors and their staff, as well as the health community, to discuss both the response to the pandemic as well as plans to distribute a Covid-19 vaccine.
But the lack of a formal transition means Biden’s team is not allowed to have contact with any agencies across the administration. That includes meeting with officials in the Department of Health and Human Services about the pandemic response, or with the Trump administration’s vaccine task force, Operation Warp Speed, as the government is preparing to distribute the first Covid-19 vaccine within weeks. Biden’s team will take over the vaccine distribution when he takes office, and health experts say the two administrations must be on the same page for a seamless transition, that, if flawed, could impact hundreds of millions of people.
“We’re preparing to govern and lead this country on day one, but the lack of ascertainment presents a hurdle and delays those things and prevents some unnecessary challenges that harm the American people,” said one source close to the transition.
“Folks aren’t actually allowed to contact or meet with any current agency officials,” the source added. “So someone going into HHS who wants to get up to speed on the plans for Operation Warp Speed and figure out once the vaccine is approved how it’s going to be rolled out — they can’t actually talk to the people in the agency to figure out what those plans are so that they can assess and figure out if those plans make sense.”

Former government officials also warned that blocking critical information on the virus, such as internal studies and data sets about racial disparities and the virus, stymies the incoming administration’s ability to quickly and effectively pick up the coronavirus response on day one.
“This is a desperate public health situation and having to work around (the system), because of the President’s grievances is going to cost people their lives. It’s pointless and stupid,” said Leslie Dach, a former senior counsel at Health and Human Services in the Obama administration. “You’re losing time. … Piecing this all together is possible, but so much more inefficient.”
It’s not just the virus information being denied Biden’s team, it’s also issues with things like personal protective equipment, Dach said. Health care workers have started raising alarms about new potential shortages of PPE as the country heads into the winter months and the virus continues to rage.
“Where is the stockpile? What is being deployed? Are we making the best use of Defense Production Act? There are things they need to know,” she said. 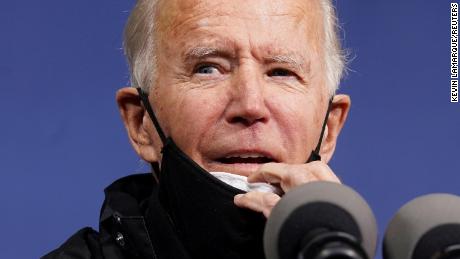 Dr. Celine Gounder, a member of Biden’s Covid-19 task force, told CNN’s Erin Burnett on Wednesday that Biden’s team has been preparing its coronavirus response for months, and the team is doing what it can until the formal transition begins.
“The plan is to be ready on day one to respond to the coronavirus pandemic, and unfortunately, we are not getting the cooperation we would like,” Gounder said. “But there are other sectors that are very crucial to the response, including the private sector, state and local health departments, that we can work with now.”
The incoming Biden team will face intense challenges to combat coronavirus on multiple fronts. Cases are rapidly rising across the country, and experts are warning they will keep hitting new highs, threatening hospital capacity. At the same time, the distribution of a coronavirus vaccine is a logistical challenge never seen before in scale and timing.
Biden’s team has reached out to several states, including Connecticut, about the coronavirus response. Paul Mounds, the chief of staff to Democratic Gov. Ned Lamont, said the transition was “relying on some of the same experts who have assisted Connecticut in its response.”
“It’s reassuring that we will see support for a consistent strategy,” Mounds said.
Kate Bedingfield, Biden’s deputy campaign manager, told CNN’s Jake Tapper Thursday that Biden’s transition was not going to be stopped by the Trump administration’s unwillingness to acknowledge the election result.
“They’re getting to work, thinking through how we implement the plans that Joe Biden laid out during the campaign to get the virus under control,” she said. “It does not prevent us from being able to move forward.” 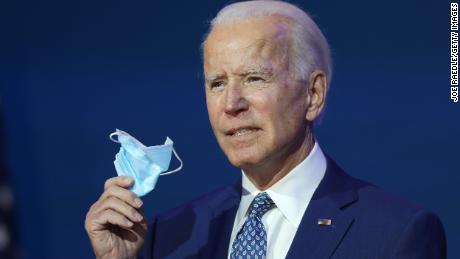 If Biden’s team doesn’t have the information about the vaccine distribution system, it will make a seamless transition impossible. And if there are flaws, the Biden team won’t be able to overhaul the entire system without causing chaos, the official said.
Pfizer has said it expects to apply for emergency use authorization from the US Food and Drug Administration before the end of the year and if that happened, Mike Leavitt, former Utah Governor and former Secretary of Health and Human Services under President George W. Bush, said it was “likely” that distribution of a vaccine would begin before January 20 without communication between the two administrations.
One key element of distribution of the vaccine is determining who gets the vaccine first, Leavitt said, a decision the Trump administration is likely to begin making without input from Biden’s team.
At the same time, independent groups such as the National Academies of Science, Engineering and Medicine and an independent committee of the Centers for Disease Control and Prevention’s Advisory Committee on Immunization Practices have been weighing in on questions of who should get vaccine first — input that is widely considered apolitical.
While it’s possible for the Biden team to prepare to take over vaccine distribution without the Trump administration’s cooperation, the lack of coordination could potentially delay vaccine distribution down the road if other vaccines, like Moderna’s, are approved soon, said Eric Schneider, vice president for policy and research at the Commonwealth Fund, a private foundation that works on health policy.
“The longer that delays, the less well understood it is, the harder it will be for transition teams to refine and modify the plan. It’ll sort of be like jumping in in the middle of the race in many ways,” Schneider told CNN.
Schneider said if the vaccine distribution plan begins under the Trump administration without communicating those plans openly to the Biden administration, it will be harder for Biden’s team to modify the plan before they take office.
“They might be kind of flat-footed on whether or not the plan can be improved,” he added.
Beyond vaccine distribution, the incoming administration will also have to tackle ramping up testing and supporting the supply chain for distributing PPE as cases increase into the winter, said Dr. Georges Benjamin, executive director of the American Public Health Association.
“We run the risk of the new administration walking in well behind the curve,” Benjamin said. “They’ll be 70 days behind approximately when they take office — that’s 70 days where we could have been thinking about securing a supply line.” 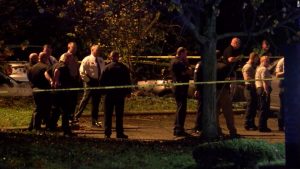 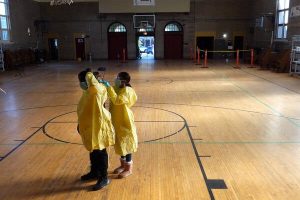 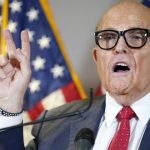 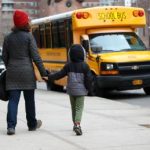 New York City elementary students are back in schools. But older students will have to wait 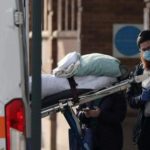 FDA could OK a coronavirus vaccine this week as hospitals fill up across the U.S.