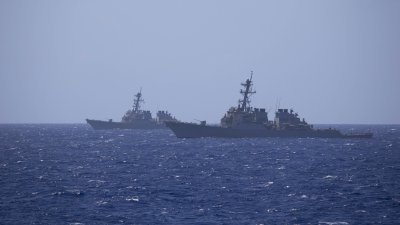 The Biden administration continued its military signaling around China on Wednesday, as a U.S. Navy destroyer sailed through the sensitive Taiwan Strait for the seventh time in as many months this year.

The consistent gesture of support for democratic Taiwan, which Beijing claims as part of its territory, went ahead a record 13 times in the final year of the Trump administration in response to a marked increase in China’s military pressure against the self-ruled island.

During a speech on Tuesday, Secretary of Defense Lloyd Austin raised further concerns about Beijing’s “destabilizing military activity and other forms of coercion against the people of Taiwan.”

“The ship’s transit through the Taiwan Strait demonstrates the U.S. commitment to a free and open Indo-Pacific. The United States military flies, sails, and operates anywhere international law allows,” the bulletin read.

China responded on Thursday by addressing not only the now monthly Taiwan Strait transits, but also the fact that it had been publicized online. The Americans were “publicly hyping up” the clear military signal, said a People’s Liberation Army spokesperson.

The online statement by Shi Yi, an army colonel in the PLA’s Eastern Theater Command, said Chinese naval and air force assets “tracked and monitored” the U.S. Navy warship through the passage. He said the U.S. was creating risks in the Taiwan Strait with its “frequent provocations.”

It was the warship’s first deployment through the Taiwan Strait, after it conducted its maiden freedom of navigation operation (FONOP) in the South China Sea two weeks earlier. The FONOP around the Paracel Islands, which China claims by the name Xisha, drew criticism from Beijing.

The U.S. Navy has regularly dismissed Chinese claims that its ships were “expelled” from the waters while carrying out FONOPs to challenge Beijing’s sweeping maritime claims to almost all of the energy-rich sea.

During a three-day visit to Singapore earlier this week, Defense Secretary Austin said the U.S. was “working with Taiwan to enhance its own capabilities and to increase its readiness to deter threats and coercion.”

In the address on Tuesday, Austin said: “Beijing’s claim to the vast majority of the South China Sea has no basis in international law. That assertion treads on the sovereignty of states in the region.”

“We continue to support the region’s coastal states in upholding their rights under international law. And we remain committed to the treaty obligations that we have to Japan in the Senkaku Islands and to the Philippines in the South China Sea,” he added. 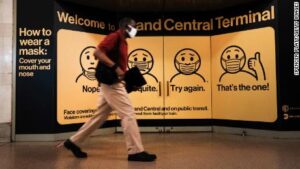 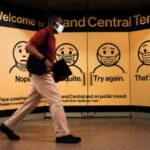 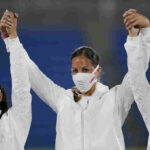 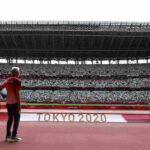 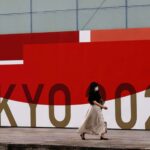