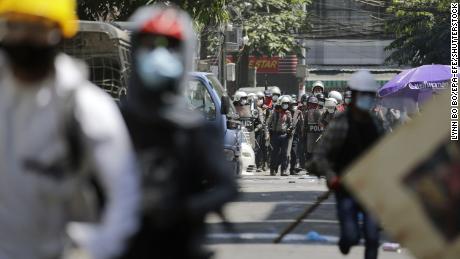 Suu Kyi appeared in a court hearing via video conference where she was charged under Myanmar’s colonial-era penal code prohibiting publishing information that may “cause fear or alarm,” her lawyer said according to Reuters.
Suu Kyi, who has not been seen by the public or her lawyers since she was detained, appeared to be in good health, lawyer Min Min Soe told Reuters. He added that she had requested to see her legal team during the hearing.
This marks the third charge against Suu Kyi, whose National League for Democracy Party (NLD) won a landslide in November 2020 elections, which the military used as a pretext for seizing power. She has also been charged in relation to a national disaster law and an earlier count under the country’s import and export act.
Min Min Soe told Reuters that Suu Kyi’s next hearing would be March 15.
The reappearance of Suu Kyi came as protesters rebuilt barricades and stared down security forces in the wake of Sunday’s violence. Video showed many protesters marching in southeastern Dawei city, where at least three people were killed Sunday.
In Yangon, protesters dragged bamboo scaffolding, tires and other debris into the roads to form barricades as they chanted slogans. Local media Myanmar Now reported that security forces used stun grenades and tear gas to disperse protesters in two townships Monday.
Human rights activist Thinzar Shunlei Yi said the violent crackdown would not deter protesters.
“The bloodshed made the resistance stronger, determined and united more than ever. So it is truly counterproductive,” she said. 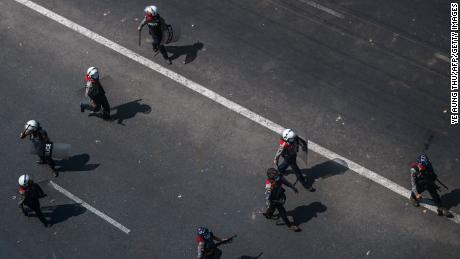 Security forces opened fire on pro-democracy protesters on Sunday, using tear gas, flash bangs and stun grenades in towns and cities across Myanmar.
At least 18 people died and more than 30 were injured in the clampdown, according to the United Nations Human Rights Office. Activist groups have put the death toll and number of injured as higher.
Images from across the country Sunday showed bodies lying in pools of blood on the streets, the injured frantically carried away with bullet wounds peppering their limbs, and protesters huddled behind makeshift shields.
The UN Human Rights Office said that “deaths reportedly occurred as a result of live ammunition fired into crowds” in multiple locations, including the largest city Yangon, in Dawei, Mandalay, southern Myeik, central Bago and Pokokku, according to a statement from spokeswoman Ravina Shamdasani.
The statement condemned the “escalating violence” and urged the military junta to “immediately halt the use of force against peaceful protesters,” saying that “the people of Myanmar have the right to assemble peacefully and demand the restoration of democracy.”
But protesters, activists and many others in the country say words and condemnations are no longer enough, and have called on the international community to take real action to hold the Myanmar military to account.
That sentiment was made no more clearer than from a young internet network engineer, who was among the first of Sunday’s casualties in Yangon, according to Reuters. The day before Nyi Nyi Aung Htet Naing was shot dead by a police bullet, he had posted on Facebook about the increasingly violent military crackdown, asking “#How_Many_Dead_Bodies_UN_Need_To_Take_Action,” in reference to the United Nations, Reuters reported.
Video from an apartment above recorded the sound of gunshots as Nyi Nyi lay slumped outside the gate of the Kamaryut township high school — wearing a construction worker hardhat, his phone in his hand. Several protesters could be seen sprinting past the body before five gained courage to carry him away, crouching as they ran, according to video from Myanmar Now and Reuters. 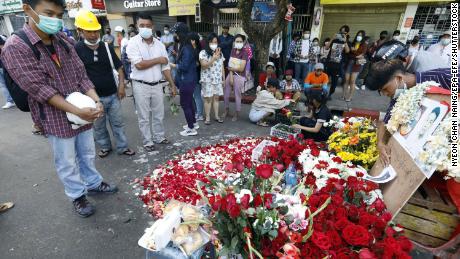 Echoing Nyi Nyi’s words calling for more action from the international community, UN Special Rapporteur for human rights in Myanmar, Tom Andrews, said on Twitter: “Words of condemnation are welcome but insufficient. We must act.”
“As the junta ratchets up its brutal attacks against peaceful protesters in Myanmar, the world must ratchet up its response,” he said.
On Sunday night and Monday morning, vigils and memorials were held for the victims, with residents lighting candles in front of their houses and laying flowers at the sites where people were killed, according to Reuters.
Activist group, the Assistance Association for Political Prisoners (AAPP) said that as of Sunday, it had documented 1,132 people who have been arrested, charged or sentenced since the February 1 coup. The group noted, however, that around 1,000 people were arrested across Myanmar on Sunday.
Among those detained during the demonstrations were at least 85 medical professionals and students, along with seven journalists, according to the UN Human Rights Office. 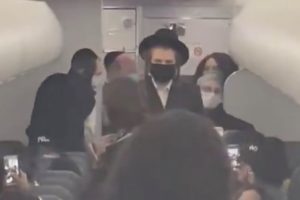 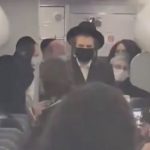 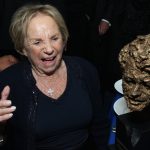 Robert F. Kennedy Jr. Would 'Absolutely Not' Advise His Mom Ethel to Get COVID-19 Vaccine 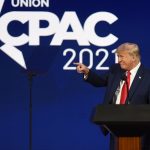