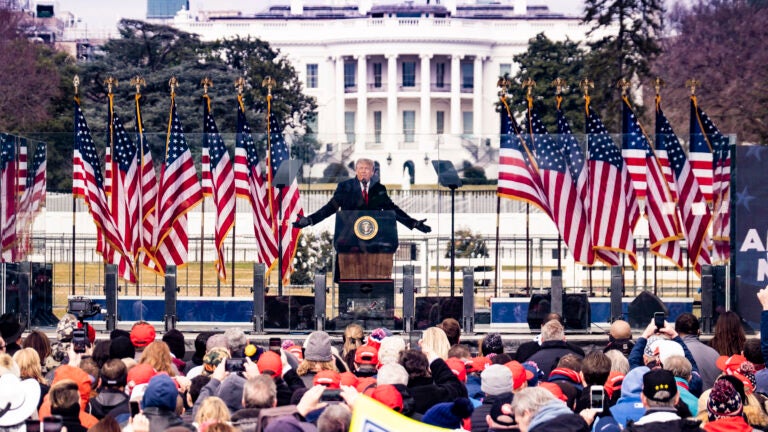 
At least seven people who attended the pro-Trump rally on Jan. 6 in Washington that preceded the insurrection at the U.S. Capitol — including one from Massachusetts — were elected to public office Tuesday.

BuzzFeed News first reported last week that at least 13 Republicans who traveled to Washington on Jan. 6 to protest the results of the 2020 election were running for office this year. None were charged with crimes, and all denied being part of the pro-Trump mob that stormed the Capitol to try to stop the certification of Joe Biden’s electoral college win. The attack resulted in five deaths and left some 140 members of law enforcement injured.

On Tuesday, three of those 13 Republicans — Dave LaRock, John McGuire and Marie March — were elected to the Virginia House of Delegates, as first reported by HuffPost. LaRock and McGuire won reelection, while March won an open seat.

“We’re in a very conservative district, and a lot of people do like Donald Trump,” March, a restaurant owner, told the Associated Press on Wednesday. “He was the sitting president of the United States of America at the time. We went to see him speak.”

March told the AP she did not regret participating in the rally.

LaRock, who has represented Virginia’s 33rd District since 2014, lashed out at critics who called on him to resign after it was revealed that he participated in the Jan. 6 rally, according to the Loudoun Times. Before that, he had spread conspiracy claims about the election. In a statement released after the rally, LaRock said participants were “law-abiding, patriotic, mom and pop, young adults pushing baby carriages.”

“This event was, for the most part, an outstanding exercise of the right of the people peaceably to assemble, and to petition the Government for a redress of grievances,” said LaRock, who went on to falsely claim that those who infiltrated the Capitol were “paid provocateurs.”

McGuire did not acknowledge publicly that he participated in the rally until July, when he told The Washington Post. McGuire told reporters then that he didn’t enter the building.

Two other Republicans who were at the Capitol that day — Philip Hamilton and Maureen Brody — lost their races Tuesday for the Virginia House of Delegates.

According to HuffPost, other Jan. 6 rallygoers who won elected office Tuesday include Matthew Lynch for the local school committee in Braintree, Mass.; Christine Ead for the Watchung, N.J., city council; Natalie Jangula for the city council in Nampa, Idaho; and Susan Soloway for reelection to the board of directors in Hunterdon County, N.J.

According to the Idaho Press, Jangula said participating in the Jan. 6 rally was a “once-in-a-lifetime opportunity to show support for our country.” Lynch, a former teacher who resigned after a photo surfaced of him at the rally, told Patch, a local news organization, that the FBI had visited him twice after that day. It is unclear whether he entered the Capitol.

Soloway, meanwhile, faced a Change.org petition calling for her to step down from her county’s governing body after it was revealed that she was at the rally. In a statement, Soloway said she had participated in the rally but left before the Capitol was breached.

“Our group was shocked, outraged and frankly scared when it became apparent that a group of thugs were using the rally as a pretense to attack the U.S. Capitol,” she said, according to the New Jersey Globe. “When we observed the crowd up front pushing to try to enter the Capitol grounds, I grabbed some video on my phone, and, concerned for my own safety, quickly left the area.”

In February, HuffPost identified at least 57 Republicans in local or state office who traveled to the pro-Trump rally on Jan. 6. A handful have resigned or faced consequences. More than 500 people have been arrested in conjunction with the riot at the Capitol, Attorney General Merrick Garland announced in June.

The morning of Jan. 6, thousands of Trump supporters gathered on the White House Ellipsis for a “Stop the Steal” rally, at which Trump appeared, pushing claims that the election had been stolen.

Trump implored his supporters to “try and give [lawmakers] the kind of pride and boldness that they need to take back our country.” Many of his supporters at the rally made their way to the Capitol, where the certification of Biden’s win was underway. 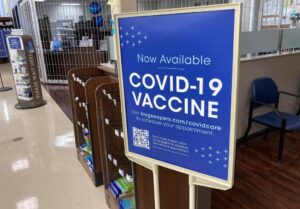 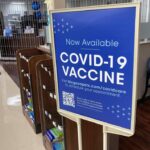 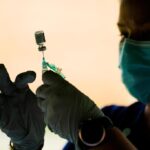 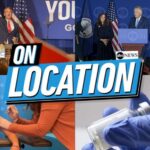