The premise for “David,” director Zachary Woods’ first entry into Aspen Shortsfest, is so delicately, achingly absurd that describing it would nearly kill it — as would stringing it out across a feature-length movie.

But the short film didn’t start out that way, said Woods, who played the tightly wound Gabe Lewis on “The Office” and tech-lemming Jared Dunn on HBO’s “Silicon Valley.”

“One thing my co-writer Brandon Gardner and I have been militant about is suiting the content to the form, and not vice versa,” Woods, 36, said over the phone last week. “Any time I’ve sat down and said, ‘I’m going to write a pilot, or feature, or whatever,’ it feels like I’m filling in the spaces on Mad Libs. It’s almost mercenary.”

Instead, Woods said, he writes something and finds out later what form it should take. In this case, “David” became a short film starring William Jackson Harper (Chidi on “The Good Place”), Will Ferrell (another “Office” alum) and up-and-comer Fred Hechinger (“Vox Lux”) as unwitting members of a bizarre, triangular therapy session that finds laughs in uncomfortable truths.

What better place for it than Aspen Shortsfest? As one of 80 shorts in contention at this year’s juried, 30th-anniversary event, “David” has already played prestigious fests such as Cannes and Toronto International Film Festival, but is niche enough to be new to most non-festival audiences.

Now, it has a chance to follow Shortsfest’s Oscar path, since winners there automatically get considered for the Oscars, and many Shortsfest champs have gone on to win the statuette for best animated or dramatic short.

Having built its reputation as a destination event with a cozy, high-country feel, Shortsfest survived 2020 by going digital at the last minute. For this year’s April 6-11 event, organizers are using what they learned and adding even more destination cues, however virtually and from a distance.

“While we were forced to go virtual again, we are doing a really aggressive, interactive sidebar,” said Susan Wrubel, executive and artistic director of Aspen Film. “We created this little animated map of Aspen with four interactive buildings, so we’re finding ways to bring Aspen to people.”

This year, the festival will represent a quartet of the mountain town’s iconic spots: the Hotel Jerome, which will host a virtual filmmaker lounge; Wheeler Opera House, which acts as the portal to screening platform Eventive; the Red Brick Center for the Arts, where Aspen Film (and online educational programming) is located; and Aspen Art Museum, which hosts nightly conversations.

As an April event, Shortsfest has caught the coronavirus pandemic coming and going the last couple of years. There was little choice but to go online again, Wrubel said.

“We really didn’t think we’d be doing this over as a virtual (event),” she said. “But we knew in January we needed to either move ahead or pull the plug. It would have been super uncomfortable to bring in filmmakers, and turns out the Wheeler is still under renovation, so we made the right decision.”

This year’s event saw another 3,000-plus global submissions, Wrubel said, and 55 of the films (or nearly 70% of the festival) are from female directors or co-directed by women. Among them are six world premieres and various other regional and national firsts from filmmakers representing 33 countries and six continents, organizers said.

“There’s a nice self-selection that happens with short films,” said director and actor Woods, who has already completed his next short — a drama — during the pandemic. “Most of them are never going to make money, but the fact that it’s foolish from a capitalistic vantage point means you just get people who are there for the love of the game.”

That certainly describes Woods, who said the making of “David” exceeded his already high expectations for this labor of love. Working with the Emmy-nominated Harper and the intensely focused Ferrell and Hechinger made him hungry for more of the familial, “summer-camp” experience of making a narrative short.

“Whether he’s playing Buddy the Elf or a therapist in an emergency session, Will Ferrell commits so hard. You will never catch him winking, in other words, even if he’s playing a character who’s demonstrably insane,” said Woods, the son of a psychiatrist father and nurse-practitioner mother. “The harder actors commit, the more latitude you have in terms of tone. As long as it feels truthful you can go anywhere.”

The combination of lightness, heartbreak and absurdity in “David” shows the experimental freedom of the format, and the films at Aspen Shortsfest certainly span the genre binder — animated, dramatic, comedic, documentary and otherwise. As one of only four dedicated, Oscar-qualifying shorts festivals in the United States, Aspen Shortsfest does much of the category’s heavy lifting each year when it comes to separating the best from the rest.

“Festivals like this are run by people who really love movies, which is what gives them their personal resonance,” he said. “You just can’t get that at a big corporate festival that’s basically a monolithic marketplace.”

Wait until somebody tells him what it’s like to visit Aspen in person. 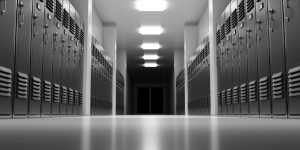 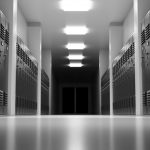 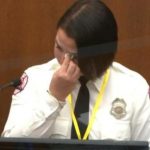 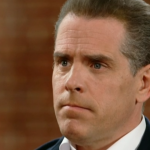 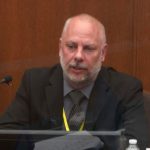