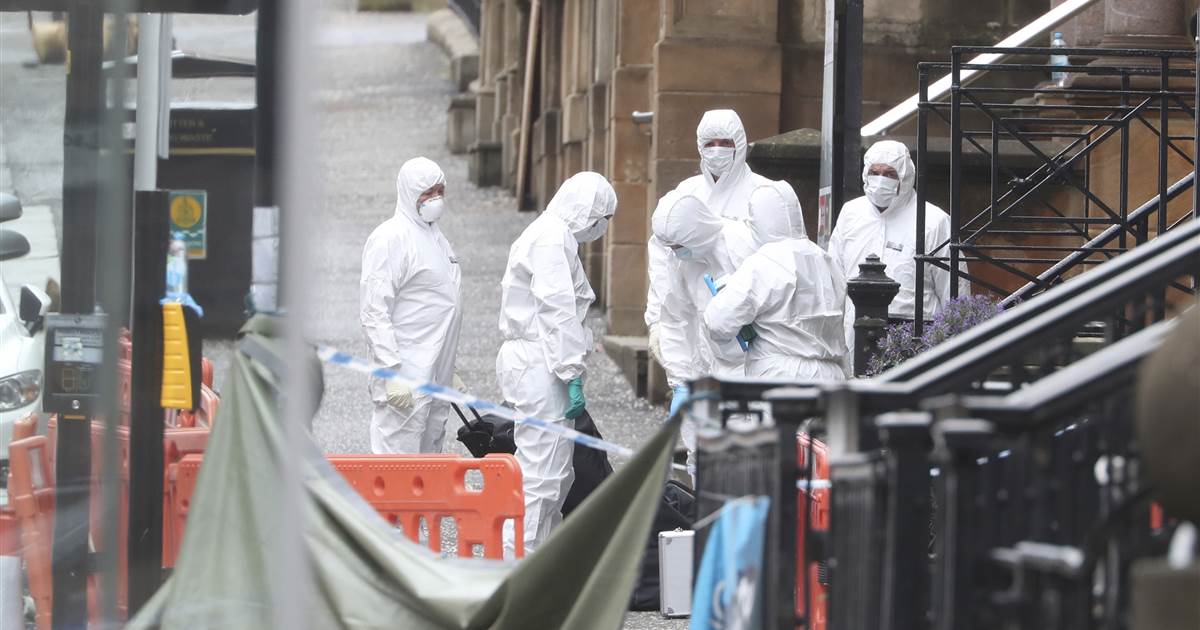 Every Sunday as the sun sets over her coastal home, Sandi Bogle looks out at the water before lighting a candle for her nephew, Bjorn Brown.

“He was amazing,” she said. “He used to come and spend a lot of time with me and my kids; we used to go on holiday together. He had a whole future ahead of him, and it was just taken away.”

Three years have passed since knife-wielding thugs killed the 23-year-old aspiring musician. No arrests have been made, police have not speculated about a motive, and his family’s grief remains raw.

In the time since Bjorn’s killing, Britain’s knife crime crisis has accelerated. More than 45,000 blade-related offenses — the highest number on record — were committed in England and Wales last year, according to official government statistics. Now, as the United Kingdom plans to emerge from lockdown, there are fears of a new surge in fatal stabbings.

Gang rivalries revisited after months of confinement, social media scores that need to be settled, even the normalization of face-covering masks — in post-pandemic Britain, there will be no shortage of criminal triggers.

Just last Friday, police shot and killed a knife-wielding man in a hotel in Glasgow after he went on a rampage that left six people, including a police officer, hospitalized.

The suspect was identified as a Sudanese immigrant named Badreddin Abadlla Adam, 28.

Adam was staying in the city center hotel, along with about 100 other asylum-seekers, after being moved there during the pandemic. Authorities say they are investigating.

For experts, however, the most feared consequences of COVID-19 are those not immediately obvious, but the disease’s deeper socioeconomic effects.

John Sunderland, a retired police superintendent, spent two decades confronting the conditions in which violence ferments, and knows all too well the agony it leaves behind.

“I remember the sound of his family initially singing hymns, and then just beginning to wail — an incredibly haunting sound,” he said, recalling the murder of Kodjo Yenga, a 16-year-old West London boy whose fatal stabbing in 2007 signaled the start of the city’s knife emergency.

In the years that have followed, the crisis’s racial dimension has come under scrutiny. In 2018, over a third of London’s serious youth violence offenders — and a quarter of the victims – were Black, official statistics revealed.

While this suggests that the city’s Black community (which constitutes 13 percent of London’s population) is disproportionately blighted by youth violence, it’s important to note that 2 in 5 serious youth violence offenders and victims were of white heritage. Likewise, statistical analysis indicates that, outside of London, ethnicity and violent crime figures correlate far closer with population proportions.

More than race, experts like Sunderland attribute Britain’s blade attack epidemic to the effects of poverty and a lack of prospects.

The links between social deprivation and knife crime are well-documented. In neighborhoods where unemployment is high and economic mobility is low, violent behavior breeds. When funding for local community-minded schemes is cut, this spiral of hopelessness and aggression intensifies. That, Sunderland said, is why the financial fallout of the coronavirus pandemic is so concerning.

“So many of society’s natural safety nets for the boys and young men caught up in knife crime have already disappeared in most parts of the country,” he said. “The cost of austerity has always been greatest for those least able to bear it.”

This point was made painfully clear last year, when new local government statistics revealed that three-quarters of London’s most violent boroughs were among the 10 most deprived, and all had higher proportions of child poverty than the city’s average.

From left, Sarah Jones MP with children who have been affected by knife crime, delivering a letter to the home of Prime Minister Boris Johnson’s at 10 Downing Street last month. David Mirzoeff / Press Association via AP file

The data reflected an “appalling side-effect” of the government austerity, Mayor Sadiq Khan said, adding that, “you can’t cut police officers, public services, preventative measures and ignore the most vulnerable people in our country at the same time as keeping crime low.”

James Alexander, a criminology expert at the London Metropolitan University, reached a similar conclusion. Inner-city housing estates are “conveyor belts” of violence, his research indicates, with a constant turnover of cash-strapped youngsters turning to crime.As Britain’s lockdown lifts and the economic aftershocks of COVID-19 are felt, this process is likely to accelerate, he believes.

“Going into next year, we’re almost certain to see a rebounding of knife crime and youth violence … there’ll be more pressure on young people to make money [illegally],” he said.

Tackling this upsurge requires a systemic approach, Alexander said, one that promotes collaboration as a means to heal community breakdown.

One particular program, the so-called violence reduction unit (VRU), holds the hopes of many. Pioneered by American epidemiologists in the 1990s crime-ridden Chicago, the program addresses street violence through the prism of public health, treating it as a symptom of deprivation and poverty.

Rather than focus simply on hard-power policing and custodial punishment, city authorities started working to improve the prospects of would-be criminals, offering them an alternative to gang membership with job opportunities and education.

Officials in Glasgow, Scotland, adopted a similar strategy. Guided by a simple principle — that violence is preventable, not inevitable — the city’s violence reduction unit worked with schools, health groups and social services to disrupt the root causes of knife crime, giving youngsters a springboard to build a better, nonviolent life. Twelve years after its inception in 2005, Glaswegian homicide rates had fallen by half.

Might London benefit from a similar program? Its mayor thinks so, and last year launched the city’s own violence reduction unit. “I am leading London’s response to understanding the causes of violent crime and working to stop it spreading,” Khan declared.

But not everyone is convinced.

“Would it not be better to go to somewhere — maybe Germany — that doesn’t have such a big knife crime or serious youth violence problem, and ask: ‘Why do they not have the problem?’ What can we copy from what they’re doing?’” Alexander asked.

Ex-police officer Sunderland has reservations, too. While the violence reduction unit formula is promising, he worries that — having eschewed Glasgow’s rigorously apolitical approach — the program in London is doomed to fail.

“When you have political leadership, the approach becomes partisan [and] short term in its focus, because it’s very difficult to get politicians to look beyond the horizon of the next election,” he said.

For the family of Bjorn Brown, this is disheartening news. Deprived of justice, they seek solace in the hope that, one day, others might be spared their pain.

“We have to keep talking. It doesn’t take just one person to build a child, it takes a village, it takes a community, it takes the country,” his aunt, Sandi, said.

“I don’t want my nephew to have died for nothing.” 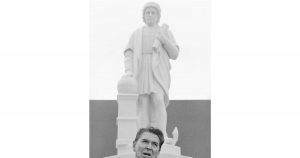