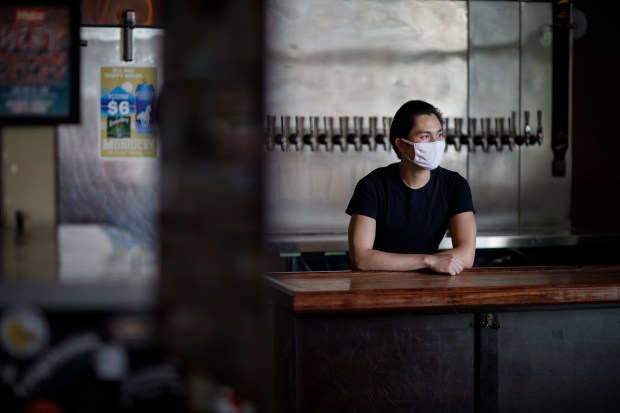 Even though he’s been out of work for nearly five months — and the threat of coronavirus continues to loom over every facet of his life — things have been OK for Davey Herrick.

Herrick, a bartender for 22 years, lost his primary source of income in March with the closing of Smitty’s Cocktails in Oakland. But after a few months of uncertainty, Herrick got a lifeline from the federal government — an extra $600 a week in unemployment benefits. That brought his weekly check up to $793, which was about what he made bartending.

But now, without a last-minute intervention from the government, those extra benefits are set to end this week. And Herrick, like millions of other out-of-work Californians, will go back to worrying about how to make ends meet until the economy reopens.

“It’s made my life really easy,” Herrick said of the $600 payments. “I’ve been squeaking by without really tripping. But now that that extra money’s not really going to be there, it’s going to be tough.”

The additional $600 a week in benefits, meant to prop up an economy staggering under the weight of the global coronavirus pandemic and massive job losses, is set to expire Friday. Federal and state leaders are debating what comes next.

Democrats in Congress are pushing to continue the $600 payments, and Gov. Gavin Newsom has promised to extend worker protections in California. Republicans, some of whom have argued giving people that much money discourages them from looking for work, have proposed cutting those federal payments to $200. For the average unemployed Californian, that would mean their weekly payments would drop from $900 to $500 in state and federal benefits, according to an analysis by The Century Foundation thinktank.

Some Bay Area residents, many of whom haven’t worked since businesses were ordered closed in mid-March, are trying to prepare. They’re moving to smaller apartments. They’re considering new jobs in completely different fields. And they’re weighing the risk of going back to work and potentially getting sick against the risk of staying home and running out of money.

For 29-year-old San Jose resident Lili, who didn’t want her last name published, the cut in benefits comes with the added worry of feeding her two young children. Her partner, who works in a warehouse at a business deemed “essential,” is still employed. But for Lili, who cleaned homes and offices before the pandemic, work has dried up.

After making a mistake on the application that delayed her benefits, Lili began receiving $760 a week at the end of June, plus some back-pay from the weeks she missed. That weekly sum is nearly twice what she made working.

“It helps me and my family a little bit,” she said.

Some lawmakers have expressed concern that people like Lili, who are doing better on unemployment than off it, have no incentive to look for a job. But Lili said that extra money is helping her pay her family’s bills and save for her dream — enrolling in college to study business, and maybe even opening her own clothing store.

She’s eager to go back to work once the pandemic is over but hopefully, she says, to a better job.

As government aid runs out, 56-year-old Angelino Sandri is attempting to change career paths. Sandri was laid off from his job as a wine distributor in March. Shortly after, as demand plummeted, he sold his side business operating gondolas on Oakland’s Lake Merritt. Now, he’s looking for jobs in city government. So far, he’s had no luck.

In the meantime, Sandri moved this week from his three-bedroom apartment in Alameda to a studio owned by his father, to save money.

“This is kind of my only option at this point,” Sandri said, “to make sure that I don’t sink.”

He’s planning to sell his car next.

Sandri is far from the only one struggling. Nearly 30% of the members of SEIU United Service Workers West, a union that represents janitors, security guards, airport workers and other service personnel throughout California, are out of work, said vice president Sanjay Garla.

Many of his members have been relying on that extra $600 a week, Garla said.

“Folks are really worried about being able to make rent and just pay for food and the basics,” he said.

Gig workers also have been relying on those subsidies. When the pandemic began, former Lyft and Uber driver Harry Campbell, who now runs rideshareguy.com and serves as an expert and resource on all things ride-share, expected to get bombarded with panicked emails from drivers. That didn’t happen, and Campbell credits the federal unemployment benefits. With far fewer people ordering Lyft and Uber rides, many drivers are staying home instead and collecting government checks, he said.

When those benefits are cut, that will all change, said Campbell, who lives in Los Angeles but keeps in touch with drivers all over the country.

“I think this is a real turning point, where we will potentially start to see some drivers who are really going to struggle because they’re going to be faced with a pretty tough choice,” he said. “They’re either going to have to go out and drive and risk their health and safety, or they’re going to stay home and not have enough money. It’s tough.”

SAN JOSE, CA – JULY 28: Original Gravity Public House General Manager Benny Sarpolio poses for a portrait inside his bar, which has been closed since March during the coronavirus pandemic, on July 28, 2020, in San Jose, Calif. (Dai Sugano/Bay Area News Group)

When Benny Sarpolio, general manager of Original Gravity Public House in downtown San Jose, shut down in March, he never imagined he’d be out of work this long. Potentially losing a large chunk of his unemployment benefits is an added stressor.

“I think we’ll be OK — and that’s just pure optimism,” he said. “But if I’m being realistic, the longer this drags on, the more concerning it will be.”

Up in Oakland, Herrick agrees.

“I don’t know what I’m going to do,” he said. “I could ride out a couple months if bars are eventually going to open back up. But if not, I’ve thought about applying at the post office and waste management and stuff like that.” 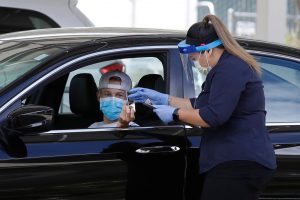 Coronavirus: Why your COVID-19 test results are so delayed