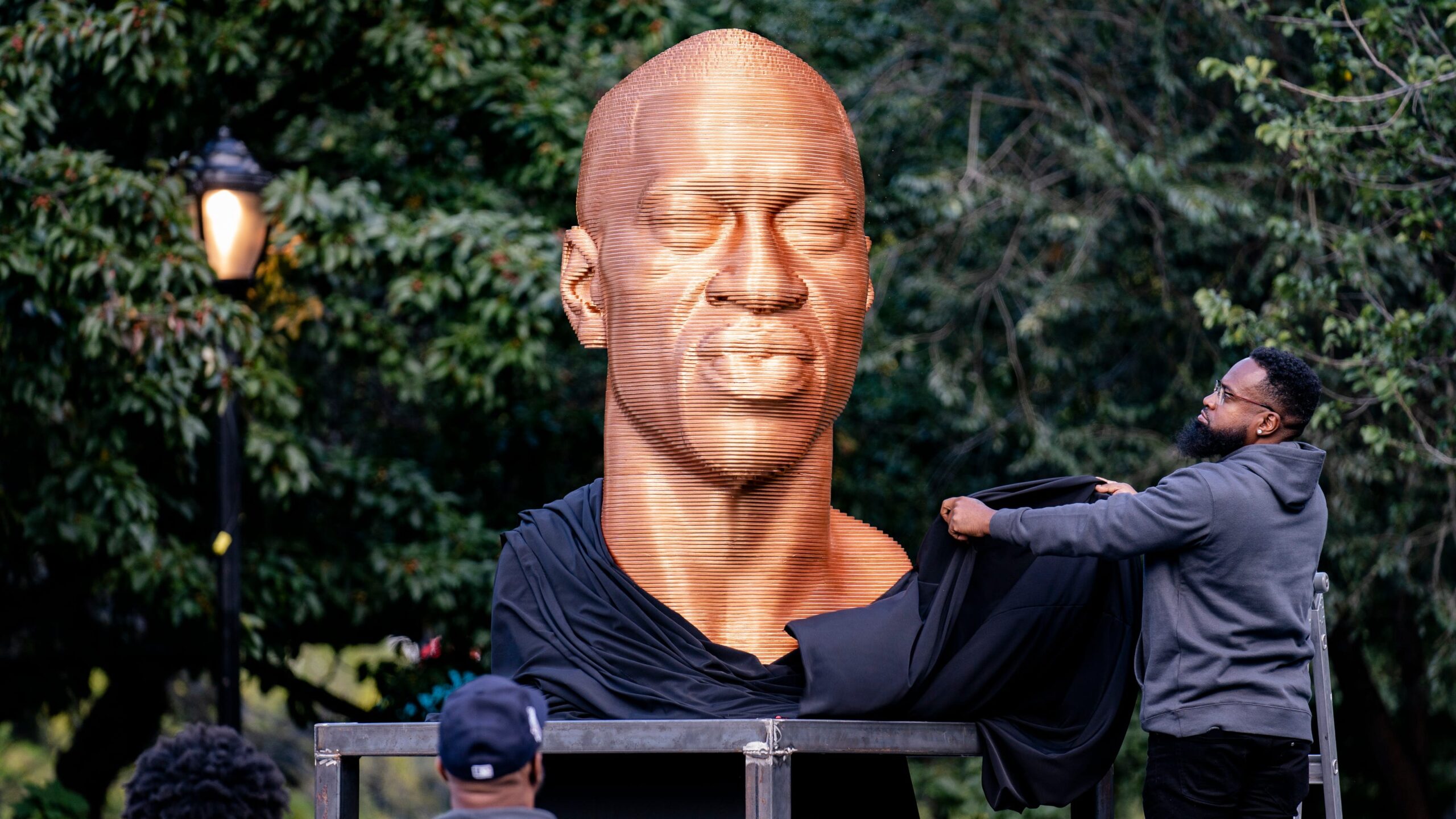 A man has been arrested after allegedly defacing a bronze statue of George Floyd in New York City earlier this month.

Micah Beals, 37, was charged with criminal mischief after surveillance video showed a white man on a skateboard splash gray paint on the statue in the city’s Union Square then fleeing on Oct. 3, the New York Police Department’s hate crimes task force tweeted Monday.

Under the stage name Micah Femia, Beals has played small roles on “Parks and Recreation” and “CSI: New York,” the Sacramento Bee, The Hill and People Magazine reported. Beals first appeared on “CSI: New York” in 2005 and also starred in the 2013 movie “Pop Star,” according to IMDb.

Beals’ attorney, Rebecca Heinsen of Legal Aid society, told USA TODAY she has no comment at this time.

This month’s incident wasn’t the first vandalism of the statue memorializing Floyd, whose murder by a Minneapolis police officer last year led to nationwide protests demanding police accountability and reform. Five days after the statue was unveiled on Juneteenth, it was defaced with black paint and the logo of a group defined as white supremacists by the Southern Poverty Law Center.

The group that installed the statue cleaned it. Shortly after it was vandalized again in October, a team of volunteers gathered to clean the statue once again.

“Today was tough, but the beauty of today was that when we arrived to refurbish the statue, we found community members and allies already hard at work, out of their own goodwill, scrubbing and working to honor the integrity of the art and the power of the subject,” community arts organization Confront Art said after the vandalism.

The statue of Floyd is part of Confront Art’s SEEINJUSTICE exhibit.

The organization thanked NYPD in a statement following the arrest, saying: “We do not consider this just an act of vandalism, but an act of hate.”

“This act of cowardice and hate is reprehensible,” she said.

“The defacing of Floyd today didn’t come as a complete surprise, though it is quite upsetting to us all,” the statue’s artist, Chris Carnabuci, said in an Oct. 3 statement. “Actions like this remind us that we have a long way to go, and we will never stop fighting.” 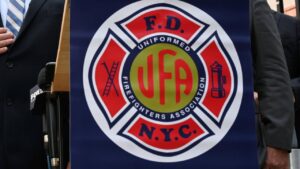 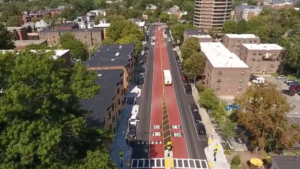