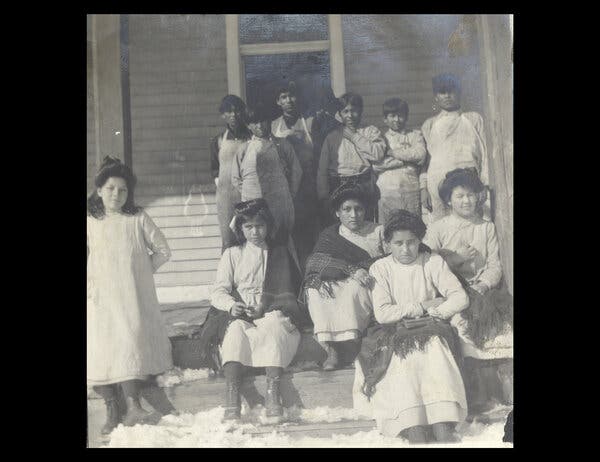 Reckoning with a cross-national history of abuse of Indigenous people.

Hi everyone, we hope wherever you are, it’s not too hot (or, at least, that you have somewhere cool to go). This week in the newsletter, we’re following up on an episode you keep writing in to ask about. Then, we go deeper on a claim made by Facebook in Tuesday’s episode and share with you a special show for your weekend listening.

The Canadian-American relationship has benefitted from particularly wholesome P.R. We have a trade relationship known for swapping maple syrup, an optically-pleasant bromance between our national leaders, and we amicably share the Rockies, ignorant to their own dual citizenship.

But we share a darker history, too — one easily obscured by these pleasantries. It’s a history of brutality, exploitation and forced displacement of the Indigenous peoples living on the North American continent. And this month, that history has been forced into the light in a painful, cross-national reckoning.

“The story of the residential schools and the missing children has long been part of the national dialogue in Canada,” Ian Austen, one of our Canada correspondents said, referencing the news that the mass graves of hundreds of Indigenous children were found buried beneath Canadian residential schools built to strip students of their cultural heritage. “But I’ve never seen anything on the scale of the horrified reaction to the news about the missing children’s remains.”

In our episode last Friday, Ian spoke with one survivor of these schools who shared with difficulty his memories of how violent the schools really were. After the episode aired, many of you wrote in to ask: But what about the American residential schools?

So we wanted to share with you some additional resources to answer that question — and to help you learn more about the issues covered in the show.

‘Performing Exactly as It Was Designed’

Earlier this week, we spoke to Cecilia Kang, a technology correspondent at The Times, about the Biden administration’s recent broadside against Facebook, specifically the platform’s hosting of vaccine skeptics.

On the show, we shared Facebook’s response to the White House’s attack — including the company’s assertion that their platform was helping connect the public with critical information regarding vaccine safety. It’s a tactic with a long company history, and Cecilia has spent months digging into how Facebook “closely guards its reputation with platitudes about connecting the world.” This work turned into a book about Facebook, written alongside a fellow Times tech journalist (and guest host of the show) Sheera Frenkel, called “An Ugly Truth: Inside Facebook’s Battle for Domination.”

As Cecilia says, there is “more to the story” than what we cover on the show. Below, we ask her a few questions about the consequences of Facebook’s actions.

Could you give us a quick synopsis of “An Ugly Truth”?

The book is the culmination of our extensive, yearslong investigation of Facebook’s powerful business model — the technology that feeds off our attention and data — and the leadership that prioritizes growth and engagement at very steep and sobering costs. What we show is that, contrary to what many believe, the platform isn’t a Frankenstein — a creation that spun out of control from its creators. It is a company performing exactly as it was designed.

Through more than 400 sources, we connect the dots of how Facebook reached this point where hate groups, Covid-19 misinformation and lies by politicians have flooded our discourse through the platform and led to real-world harms.

At the center of it all, our reporting found, is the potent partnership of Mark Zuckerberg and Sheryl Sandberg.

Who were these sources? Did anyone surprise you by accepting your interview request?

Most of the people we talked to were current or former employees who spoke with us at great risk. The stories that our sources revealed often shocked us, and we took readers behind-the-scenes of the company, in the boardrooms and executive suites, to those most consequential moments.

You’ve been covering Facebook for a while now, but did anything surprise you in the course of your research?

We were shocked and frankly frightened to see that there were many people inside the company that tried to blow the whistle internally, only to be ignored. We reveal for the first time that former chief security officer, Alex Stamos, and his team, tried to warn Mr. Zuckerberg and Ms. Sandberg for nearly a year about Russian activity on Facebook aimed to disrupt the 2016 election. Facebook only publicly revealed the findings many months later. We reveal that human rights activists for years tried to warn of disinformation in Myanmar and were rebuffed when they pleaded with the company to hire more Burmese speakers to monitor the harmful rhetoric that was available in plain sight.

Did any of your sources offer up solutions to the problem of misinformation on Facebook? Or is this an insurmountable issue for the platform in its current form?

If you ask Shoshana Zuboff, the author of “The Age of Surveillance Capitalism,” she would say the behavioral advertising business model bent on profits and data mining is the heart of the problem and needs to be regulated. Others say regulators need to focus on the algorithms that prioritize emotive content, which often includes misinformation.

We think there is something more basic, too: Mark Zuckerberg makes all the calls on the biggest policy, business and technology decisions. He is making decisions on political speech and misinformation in real time. There is no oversight of him — not by the board, nor shareholders. Sandberg was supposed to be a countervailing voice, but her influence has diminished. It’s hard to see much changing with the amount of control he has over the company.

We think users have a lot more autonomy than they think. Facebook is a $1 trillion business, and if people are disturbed or concerned about their use of Facebook or its other apps — Instagram and WhatsApp — we want consumers to understand how the machine churns behind the scenes when they are using them.

For Your Weekend Escape

If you’re looking for an escape, come with us to the south of France, where Kyle Buchanan, our Projectionist columnist, traveled to the mecca of cinema: the Cannes Film Festival. How is the film industry regaining its footing after the pandemic? What did it feel like to be in a bowtie after so many months of unshowered apartment malaise? And most importantly, what movie should you be watching now? We explore it all.

On The Daily this week

Monday: Inside the debate over the necessity of a third Covid-19 vaccine.

Tuesday: The clash between Facebook and the White House about online misinformation.

Wednesday: Why does the U.S. treat hacking by the Chinese differently from cyberattacks by other foreign actors?

Thursday: What we know about the team suspected in the assassination of Haiti’s president.

Friday: Can Europe put a price on pollution?

That’s it for The Daily newsletter. See you next week.

Have thoughts about the show? Tell us what you think at [email protected].

Were you forwarded this newsletter? Subscribe here to get it delivered to your inbox. 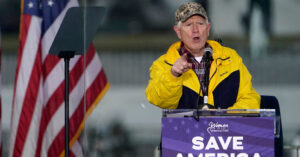 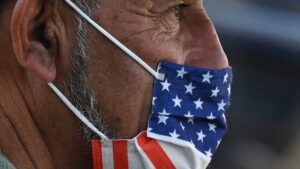 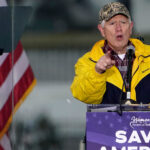 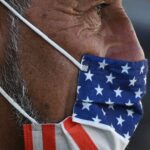 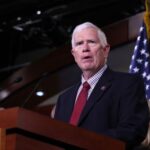