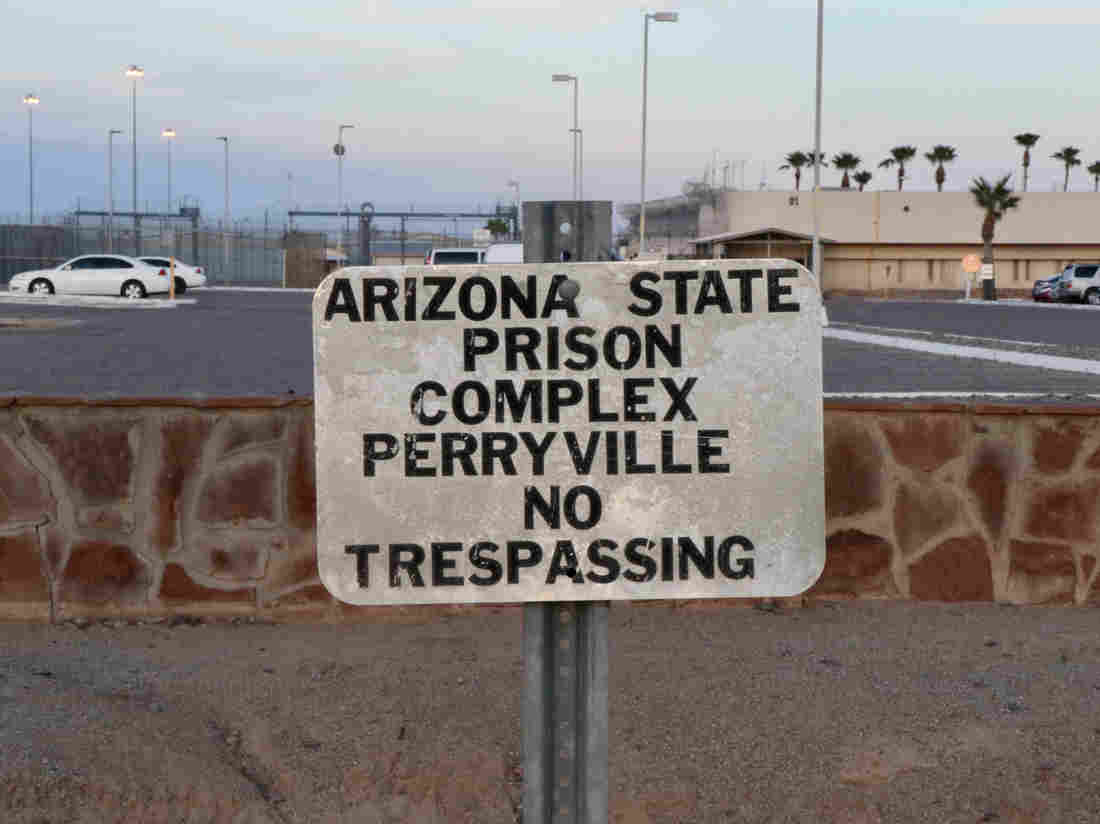 The progressive advocacy group FWD.US recommends Arizona release at least 10,000 inmates, or one-quarter of the prison population, to make a significant impact in stopping the spread of the virus. Jimmy Jenkins/KJZZ hide caption

In Arizona, a woman behind bars at the Perryville women’s prison reports hearing coughing echoing through the warehouse-style dorms all night.

In New Jersey, an immigrant detainee being held in the Essex County jail has been put on quarantine cleaning duty even though he’s been sick. He fears he’s spreading the coronavirus.

And at the Etowah County jail in Alabama, Karim Golding, an immigrant detainee who’s fighting deportation to Jamaica, says he’s been feeling short of breath and worries he got coronavirus from the guards or new detainees coming in and out.

Across the country, the spread of coronavirus behind bars is likely much more rampant than what’s known right now. In prisons, jails and immigration detention centers, there is very little diagnostic testing.

And when widespread testing has been done in a few places, the results show the virus has infected huge numbers of the confined population. One Ohio prison recently found that more than 70% of inmates are positive for COVID-19.

Felicity Rose, director of research and policy for criminal justice reform at the progressive advocacy group FWD.US, says the lack of testing is leading to a false sense of security.

“We know that it’s spreading among staff and that staff are bringing it into and out of the facilities,” Rose said. “We know there are people who are asymptomatic and are able to pass it along, but we just don’t know how many. So it’s a ticking time bomb.”

Inmates, detainees and their advocates say it’s impossible to maintain social distancing behind bars, and they say masks as well as soap and cleaning supplies are limited and sometimes not available at all. In some places, if inmates try to make their own masks out of their t-shirts, they can be disciplined for “destruction of state property.”

State, local and federal officials say they are taking steps to protect the detained population and staff, and that people behind bars can get immediate medical treatment when needed. To force social distancing, many facilities have stopped visitation and lock detainees in cells for at least 23 hours a day, sometimes more, to limit the amount of time in common areas.

But one epidemiological model suggests coronavirus may be spreading rapidly in prisons, jails and detention centers unless more steps are taken, according to FWD.US, which advocates for changes to the criminal justice and immigration systems.

In Arizona, for instance, the model predicts that 99% of the Arizona inmate population will be infected within the next few weeks. But so far, less than 1% of 42,000 in Arizona prisons have been tested for COVID-19. The state reported on Monday that 44 inmates have tested positive.

Officials there do not disclose any information about staff testing or results. According to unions representing correctional officers in the state, at least 20 officers have tested positive, though union leaders believe the number is much higher. They say hundreds of employees have shown up to work with COVID-19 symptoms and been sent home.

Compounding the problem, union leaders say, the correctional officers were barred for a time from wearing masks for fear that would cause panic among the inmates. Officers can now bring their own masks in, but inmates are not allowed to wear any kind of mask. Some have been tasked with making cloth masks for the officers.

Testing also has been limited among detainees being held by Immigration and Customs Enforcement, which often contracts with county jails for space. Overall, about 2% of 32,000 immigrants detained by ICE have been tested. When they are tested, about 50% are coming back positive.

The agency says more than 300 detainees and 35 employees at ICE detention centers have tested positive. But ICE does not report how many contractors have gotten sick, including medical and corrections staff.

Officials at many prisons, jails and detention centers say they are following guidelines from the Centers for Disease Control and Prevention, and that testing can only be done when there are symptoms. At the Etowah County jail, for instance, an ICE spokesman says there are no suspected cases of COVID-19.

But critics say the lack of testing is masking the problem.

The ACLU warns that as many as 200,000 people could die in the U.S. from COVID-19 — double the government estimate — unless more steps are taken to reduce prison and jail populations.

A number of states and localities have released older, medically compromised inmates who are not considered safety or flight risks.

ICE also has released hundreds of detainees, and in some cases federal judges have intervened and ordered their release. Most immigrant detainees have no criminal record. They are being held on civil immigration violations, and judges have found their detention in a pandemic to be excessive punishment.

But some states, such as Arizona, have refused to release inmates. Instead, police and sheriff’s deputies are choosing to cite people rather than book them, and prosecutors are agreeing to hold fewer people awaiting trial in jail.

As a result, jail populations have declined. In Maricopa County, which operates the fourth largest jail system in the United States, the daily population has shrunk from 8,000 inmates to 5,000 in recent weeks.

Still, advocates say that’s not enough. In Arizona, FWD.US recommends the state release at least 10,000 inmates, or one-quarter of the prison population, to make a significant impact in stopping the spread of the virus. 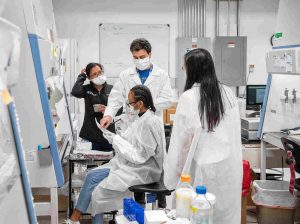 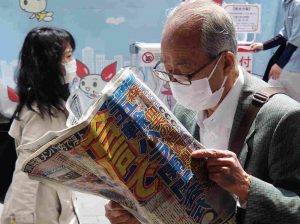