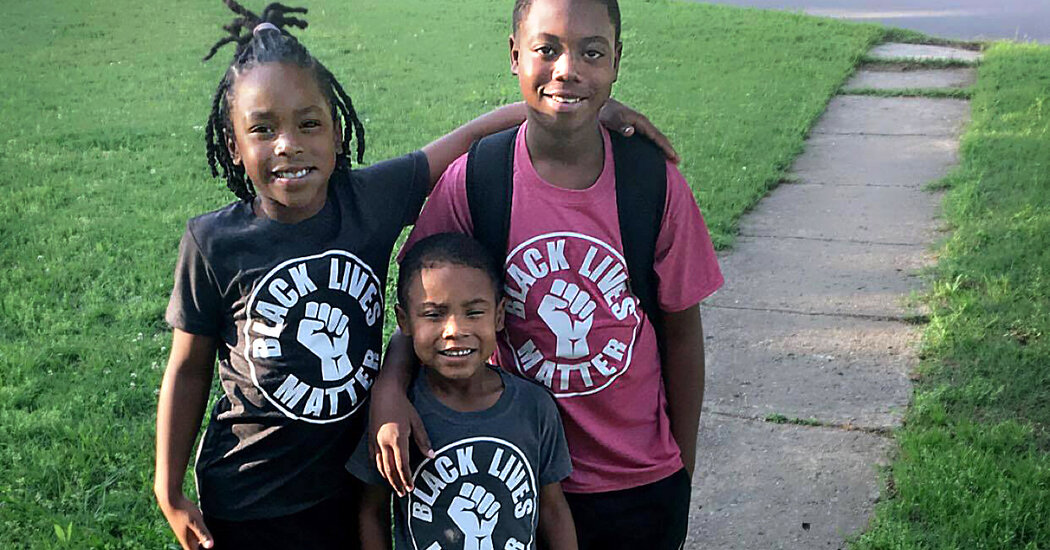 In addition to the disciplinary action they have faced, the boys’ mother said that at least one of her three sons has been bullied because of the shirts.

Two brothers, 8 and 5, were removed from their Oklahoma elementary school classrooms this past week and made to wait out the school day in a front office for wearing T-shirts that read “Black Lives Matter,” according to the boys’ mother.

The superintendent of the Ardmore, Okla., school district where the brothers, Bentlee and Rodney Herbert, attend different schools had previously told their mother, Jordan Herbert, that politics would “not be allowed at school,” Ms. Herbert recalled on Friday.

The American Civil Liberties Union of Oklahoma has called the incident a violation of the students’ First Amendment rights.

On April 30, Bentlee, who is in the third grade, went to class at Charles Evans Elementary in a Black Lives Matter shirt, which Ms. Herbert said he had picked out himself to wear.

That evening, Ms. Herbert learned that the school’s principal, Denise Brunk, had told Bentlee that he was not allowed to wear the T-shirt. At Ms. Brunk’s direction, he turned the shirt inside out and finished out the school day.

On Monday, Ms. Herbert went to the school to ask the principal what dress-code policy her son had violated, Ms. Herbert said. Ms. Brunk referred her to the Ardmore City Schools superintendent, Kim Holland.

“He told me when the George Floyd case blew up that politics will not be allowed at school,” Ms. Herbert said on Friday, referring to Mr. Holland. “I told him, once again, a ‘Black Lives Matter’ T-shirt is not politics.”

Neither Ms. Brunk nor Mr. Holland responded to emails or phone calls seeking comment on Friday.

On Tuesday, Ms. Herbert’s three sons — Bentlee; Rodney, who is in kindergarten; and Jaelon, a sixth grader, all of whom are Black — went to their schools in matching T-shirts with the words “Black Lives Matter” and an image of a clenched fist on the front.

Later that morning, Ms. Herbert received a call from Rodney’s school, Will Rogers Elementary, telling her that she needed to either bring Rodney a different shirt or let the school provide one for him, or Rodney would be forced to sit in the front office for the rest of the school day. Rodney did not change shirts, and he sat in the office until school was over.

Ms. Herbert learned later that day that Bentlee had also been made to sit in his school’s front office, where he missed recess, and did not eat lunch in the cafeteria with his classmates.

Jaelon, 12, encountered no issues at Ardmore Middle School because of his T-shirt, his mother said.

In an interview with The Daily Ardmoreite, Mr. Holland suggested that the T-shirts were disruptive.

“It’s our interpretation of not creating a disturbance in school,” Mr. Holland told the newspaper. “I don’t want my kids wearing MAGA hats or Trump shirts to school either because it just creates, in this emotionally charged environment, anxiety and issues that I don’t want our kids to deal with.”

Mr. Holland said there had been similar cases in the district this year.

“Most of it has not been an issue until this lady here has been angry about it,” Mr. Holland told The Ardmoreite. “I wish she weren’t so upset.”

Ms. Herbert said she met with Mr. Holland on Monday and asked him what would happen if she sent her children to school in “Black Lives Matter” T-shirts again.

“He told me nothing could be done because it wasn’t against policy,” Ms. Herbert recalled.

Indeed, the dress code outlined in the district’s Elementary Student Handbook makes no mention of politics. It says that “sayings or logos” on shirts or tops “should be in good taste and school appropriate.”

“Any clothing or apparel that disrupts the learning process is prohibited,” the handbook adds, stipulating that principals have the final say on “the appropriateness of dress.”

To Ms. Herbert, the idea that her 8-year-old son would not “be able to express that his life matters” was ludicrous.

On Friday, the A.C.L.U. of Oklahoma sent a letter to Mr. Holland, Ms. Brunk and James Foreman Jr., president of the Ardmore City School Board of Education.

In the letter, the A.C.L.U. said it would be a violation of the students’ First Amendment rights to be prohibited from wearing clothing that says “Black Lives Matter.”

If the school district does not reverse its policy and allow students to wear “Black Lives Matter” clothing, it must be prepared to prove in federal court how wearing the T-shirts creates “a substantial disruption of or material interference with school activities,” the A.C.L.U. said. “Anything less than that would be found to be a violation of the students’ First Amendment rights.”

It cited a 1969 U.S. Supreme Court case, Tinker v. Des Moines Independent Community School District, which addressed the issue of a group of students who wore black armbands to object to the Vietnam War. A principal told the students that they would be suspended if they wore the armbands at school.

The court ruled 7-2 that students do not “shed their constitutional rights to freedom of speech or expression at the schoolhouse gate.”

“This has been the unmistakable holding of this Court for almost 50 years,” the A.C.L.U. said.

Mr. Foreman and the other members of the school board did not respond to requests for comment on Saturday.

In addition to issues with disciplinary action, Ms. Herbert said Bentlee has now been bullied at school over his T-shirt. When Bentlee returned from school on Thursday, he told his mother that two white boys had picked on him.

“One boy told him that his life does not matter, and the other one told him to just get suspended,” Ms. Herbert said.

The principal told Ms. Herbert the situation would be handled, she said.

“With everything going on in the world today, I keep my boys informed,” Ms. Herbert said, adding that the family watched the news together. “They know what’s going on.”

Out of principle, Ms. Herbert said she would continue to support her sons in wearing the T-shirts to school.

Despite the turmoil, the shirts were never intended to be an “attention-seeking ordeal,” Ms. Herbert said. “I don’t see Black Lives Matter disrupting anything.” 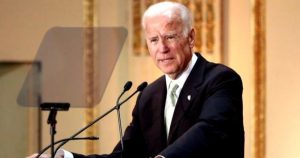 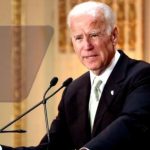 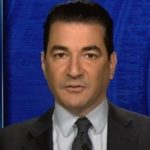 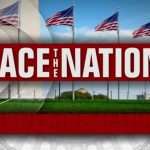 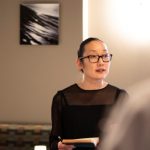