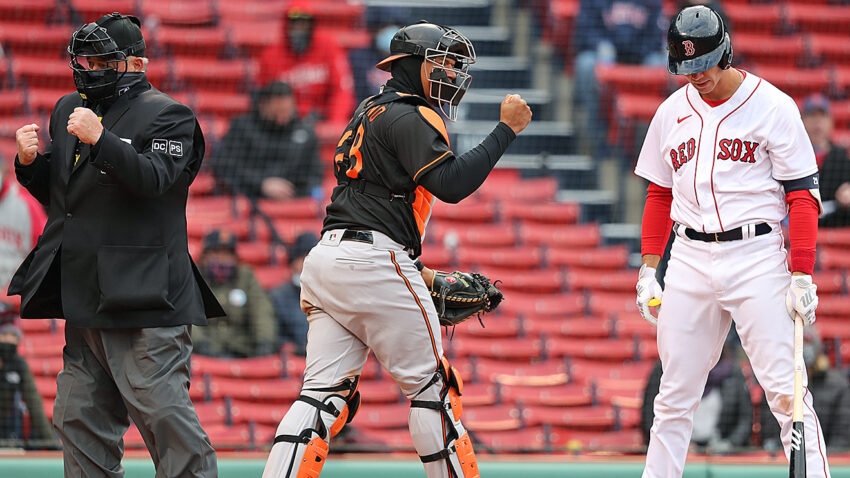 1. Opening Day sometimes mixes in a curveball, delivering a plot twist that differs from what we might have expected, and doesn’t necessarily foretell what’s ahead. An individual example: Tony Clark going 3 for 5 with a home run on Opening Day 2002. The big first baseman finished his one flop of a season in Boston with 3 homers in 298 plate appearances. A team example: The Red Sox’ 13-2 thumping of the Orioles on Opening Day 2020. The Sox lost eight of their next 10 en route to a 10-22 start and an utterly irrelevant 24-36 season. Once in a while, Opening Day can set the stage for good times to come, such as when Dwight Evans hit the first pitch of the ’86 season for a home run. (Ignore the World Series outcome for these purposes). But for the most part, the first game has rarely meant much in the grand scheme of the season.

2. So maybe there’s some solace in that: The Red Sox’ 3-0-loss to the Orioles in their 2021 opener Friday afternoon ultimately will not stand as a microcosm of what this team is all about. The Red Sox are supposed to hit, and they will, but they did not Friday against Orioles lefthander John Means, who apparently purchased Tom Glavine’s old changeup in the offseason. Means, who entered with a 4.46 career ERA in seven appearances against the Red Sox, gave up a leadoff single to Kiké Hernández, picked him off, and didn’t allow another hit the rest of the day, departing after seven innings and 97 pitches, having retired the last 18 batters he faced. He was a buzz saw.

3. As for the perception that the Red Sox are short on quality pitching, that may still prove true, but it will not be nearly as inept as last year, and the staff got off to a fairly good start Friday. As impressive as Means was, Red Sox starter Nate Eovaldi matched him zero for zero over five-plus innings, departing in the sixth with one on and one out, having thrown 89 pitches. Eovaldi may not be the most decorated Opening Day starter in Red Sox history, but he’s submitted well-pitched openers in both of the last two seasons, having held the Orioles to one run over six innings last year.  Perhaps this is the year his results consistently match his impressive stuff.

4. With all of the talk about the starting pitching and how Alex Cora will deploy his assorted outfielders, another potential Red Sox issue has generated little notice: The quality of the infield defense. It’s going to be a topic now after an underwhelming performance Friday. Xander Bogaerts is usually reliable at shortstop, but his high throw put catcher Pedro Severino on to lead off the sixth in a 0-0 game. A strikeout, a pitching change, and a walk later, second baseman Kiké Hernández botched a hard-hit Anthony Santander grounder that looked like it would be an inning-ending double play. Instead, it loaded the bases, setting the stage for Ryan Mountcastle’s two-run double to give the Orioles the lead.

5. Earlier in the game, Rafael Devers made the decision to cut off Bogaerts and barehand a grounder, which went for a hit when he couldn’t make the play. He also made a low throw in the ninth inning that Bobby Dalbec dug out at first base. At least he looked smooth. Dalbec also provided the Red Sox’ only moments of actual hope at the plate, hitting a high drive (which the NESN camera followed like it was headed for a windshield on the Mass Pike) that Austin Hays caught in front of the Monster in the bottom of the sixth. Dalbec came to the plate again in the eighth with a pair of runners on, but Orioles lefty Tanner Scott struck him out looking. I’ll say it again: Dalbec is going to set the Red Sox’ rookie home run record and the franchise single-season strikeout record this year.

6. Is Kiké Hernández officially a fan-favorite yet? OK, it might be delayed for a few days after he got picked off in the first inning and failed to field a hard-hit grounder that could have been an inning-ending double play in the sixth. It wasn’t the finest debut, but the new leadoff hitter will win over the fanbase soon enough. Let the record show that the former Dodger collected the first hit of the season as the Red Sox’ first batter of the season, lining a two-strike single to right field.

7. I’ll admit, though, it was temporarily strange to see Hernández wearing No. 5, a number still associated with Nomar Garciaparra (better than Jeter) 17 years after he last played for the Red Sox. Not that it will ever go up on the right field façade, or even has been out of circulation: Other post-Nomar No. 5s include Ian Kinsler, Allen Craig, Kevin Pillar, Nick Punto, and Rocco Baldelli.

8. Geez, we couldn’t even make it one full inning into the season before getting a reminder of how annoying and nitpicky replay has become. The umpires needed 2 minutes and 32 seconds to determine that Hernández was tagged out in the split second that he had slipped off the bag after turning his ankle while returning to first base. Was it the right call? Probably. Did it remind us of much of baseball’s lethargy is self-inflicted? Yup. I’d be fine with getting rid of replay in all sports. It causes more problems than it resolves.

9. The game marked the first time since Sept. 29, 2019 that the Red Sox played in front of fans at Fenway. That was the season-finale, a 5-4 win over the Orioles in which Mookie Betts scored from second base on a casually fielded grounder to second to give the Red Sox the walk-off win, sending the crowd of 35,427 into the offseason with a smile. It was his final play as a member of the Red Sox, if you needed a reminder of how much the status of the Red Sox roster has changed since then.

10. The crowd Friday was markedly smaller, for reasons that should require no elaboration. The crowd was capped at 12 percent capacity, as it will be for the time being, or roughly 4,500 fans. It made for some unusual sights and sounds, such as the smattering of applause for masked players as they lined up for pregame introductions.  The Red Sox pregame ceremony was tonally appropriate and understated. The tribute to frontline healthcare workers, set to Simon and Garfunkel’s “Bridge Over Troubled Water,’’ was the kind of thing that puts a lump in your throat and hope in your heart. 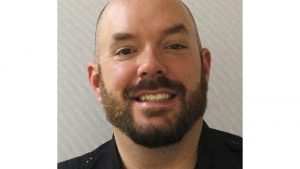 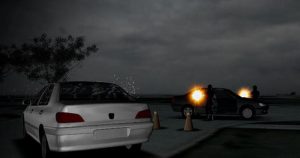 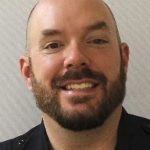 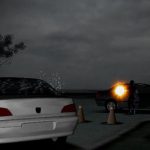 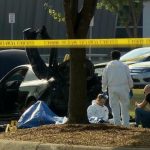 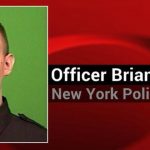 NYPD officer dies after being shot in the head