Who Killed Thomas Sankara? Trial Opens, 34 Years After His Death.

The president of the West African nation of Burkina Faso, an anticolonial leader celebrated across the continent, was assassinated in 1987. Now 14 men, including the president who took his place, are on trial.

DAKAR, Senegal — One of the most highly anticipated trials ever to take place in Africa opened on Monday in the capital of Burkina Faso, aiming to establish who killed Thomas Sankara, the country’s former president and a revolutionary leader once renowned across the continent.

Mr. Sankara was assassinated 34 years ago by a hit squad in the capital, Ouagadougou, after only four years in power.

Now, 14 men accused of plotting his death are on trial in the capital. Among them is a man once known as his close friend, Blaise Compaoré, who went on to succeed Mr. Sankara as president — and stayed in power for 27 years. Mr. Compaoré is being tried in absentia; attempts by the government of Burkina Faso to extradite him from the Ivory Coast, where he lives in exile, have been unsuccessful.

Most of the accused arrived at the court on Monday in a white bus. Besides Mr. Compaoré, the man suspected of leading the team that killed Mr. Sankara, Hyacinthe Kafando, was also absent, his whereabouts unknown.

“We have been waiting for this moment,” said Mariam Sankara, Mr. Sankara’s widow, arriving at the trial on Monday from her home in the south of France. She had pressed for years to bring his killers to justice.

Mr. Sankara was president of Burkina Faso, a landlocked and diverse country in West Africa, from 1983, when he took power in a coup, to 1987. He was 37 when he was killed, and already revered in many African countries for speaking out against the vestiges of colonialism and the impact of Western financial institutions like the World Bank and the International Monetary Fund.

“The revolution’s main objective,” Mr. Sankara said not long after taking power, “is to destroy imperialist domination and exploitation.”

He renamed the country, changing it from Upper Volta, as labeled by France — to Burkina Faso, which means “the land of upright people” in Mossi, the language of the country’s largest ethnic group.

He redistributed land, expanded access to education and initiated vaccination campaigns and social reforms with the goal of ending female genital mutilation and polygamy. He insisted that government officials give up perks, like first-class airline tickets.

But his rule was also characterized by political repression, with many of his critics going into exile, and human rights groups alleging that prisoners were tortured.

The trial, which is expected to last several months, is a military tribunal presided over both by civilian and military officials.

The most anticipated testimony could be that of Gilbert Diendéré, who was the only accused man to attend the trial in military uniform. A former general and the right-hand man of Mr. Compaoré, he is accused of attacking state security, complicity to murder, concealing corpses, and bribing witnesses. 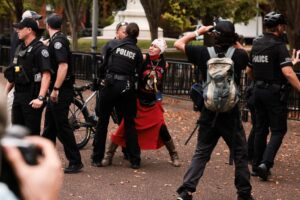 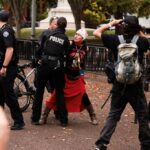 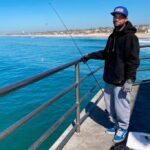 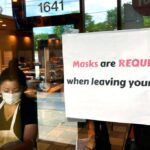 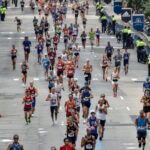