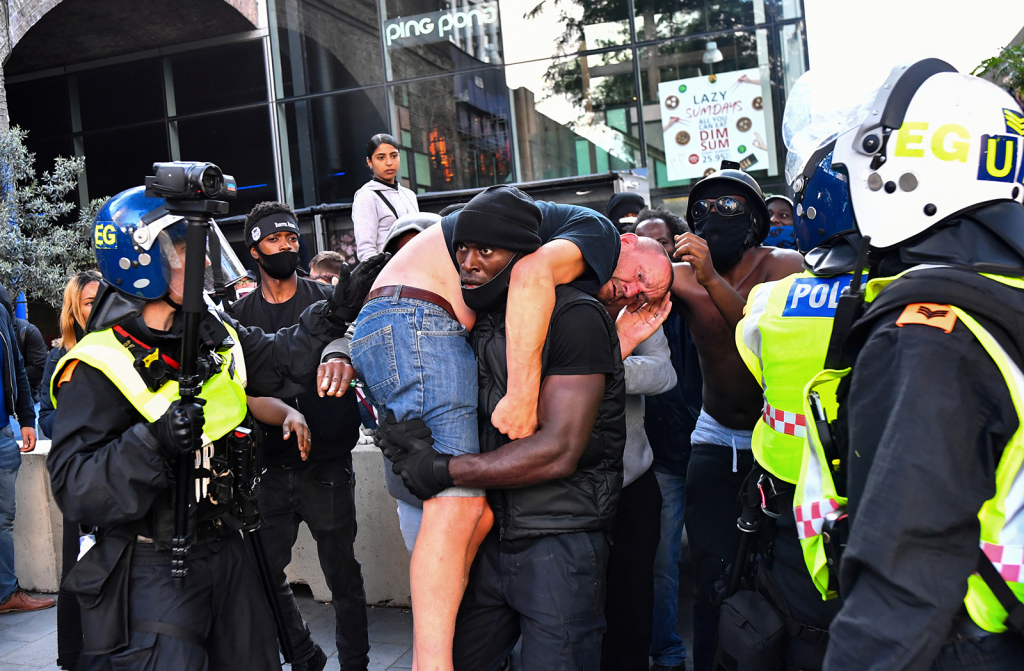 A white man who was carried to safety by a Black Lives Matter protester after he was allegedly attacked amid violent clashes is a former police officer, British Transport Police confirmed.

A photo of the moment which has since gone viral shows Bryn Male being carried by Patrick Hutchinson after clashes broke out near London’s Waterloo station on Saturday.

More than 100 people were arrested in London at the weekend after violence broke out as far-right groups targeted Black Lives Matter demonstrations.

Protesters around the world have taken to the streets following the death of George Floyd.

Hutchinson, who is a grandfather, previously told CNN that he helped the injured demonstrator because he did not want the main reason for the protests to be lost in one moment of violence.

“My real focus was on avoiding a catastrophe, all of a sudden, the narrative changes into ‘Black Lives Matters, Youngsters Kill Protesters.’ That was the message we were trying to avoid,” Hutchinson said.

Describing the events leading up to the picture being taken, Hutchinson said that he saw a man lying in the fetal position on some stairs surrounded by protesters.

The Black Lives Matter demonstrator and his friends formed a cordon around the man — later identified as Male — and Hutchinson picked him up into a fireman’s carry and took him to the police. Hutchinson said that, whilst he was walking, people were still trying to strike the man.

Hutchinson said that it was the first Black Lives Matter protest he has attended as “history was in the making,” adding that it was a “no brainer” to support what is happening.

He added that he would like to break down the race barriers and for people to realize, “we are all one race.” 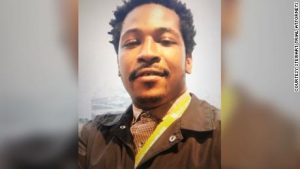