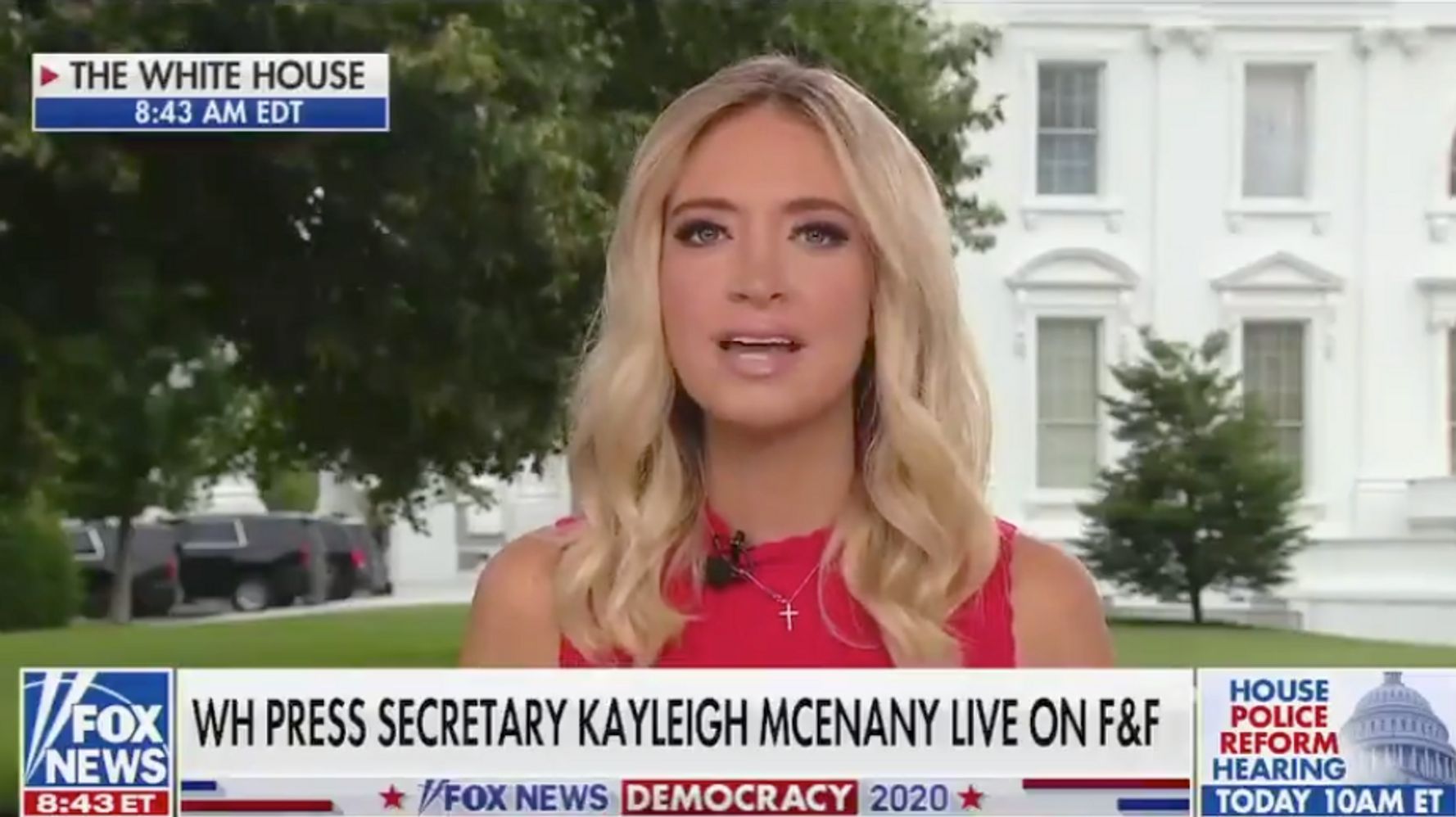 White House press secretary Kayleigh McEnany on Wednesday defended President Donald Trump’s tweet that falsely accused a 75-year-old anti-racism protester who was shoved to the ground by police of being an “ANTIFA provocateur.”

During an interview with “Fox & Friends,” McEnany said Trump was simply raising questions based on a report he saw. The president’s tweet on Tuesday appeared to reference a segment that aired on OANN, a right-wing network that routinely disseminates conspiracy theories.

“They’re questions that need to be asked,” McEnany said of Trump’s tweet, which offered zero evidence to back up his claim. “In every case, we can’t jump on one side without looking at all the facts at play.”

She then accused the protester, longtime peace activist Martin Gugino of Buffalo, New York, of having posted “some very questionable” and “profanity-laden” tweets about police.

McEnany said that, despite whatever questions Trump may have about Gugino’s background, “no one condones any sort of violence.” She added that only the “appropriate amount of force” should be used in any interaction.

Trump, however, has a history of encouraging violence. In 2017, he encouraged police officers to hit suspects’ heads on the doors of their patrol cars. The following year, he praised a Montana Republican congressman who body-slammed a reporter as “my kind of guy.”

Last month, as anti-racism protests gained momentum across the U.S. following the police killing of George Floyd in Minneapolis, one Trump tweet effectively called for looters to be shot. Twitter then applied a warning label to the post, stating that it violated the site’s rules against glorifying violence.

welp, the WH is doubling down

Kilmeade: Trump tweeted the 75-year-old protester might have been an antifa provocateur, can you expand on that?

McEnany: He was raising questions, there are questions that need to be asked in every case …This guy had profanity laden tweets pic.twitter.com/KJUjjbqQxt

McEnany on Wednesday said there were “a lot of questions” surrounding the incident in which two police officers aggressively pushed Gugino back during a peaceful protest in Buffalo last week.

Viral video of the interaction showed Gugino falling backward after being pushed and hitting his head on the concrete walkway, where he then lay still, bleeding from his ear. The officers stopped to look at him until another officer stepped in and directed them to keep walking.

Gugino has remained in the hospital since the incident. He is expected to move to the rehabilitation floor of the hospital and be released within the next two weeks, his attorney Kelly Zarcone said in a statement Wednesday.

The two officers involved have been suspended without pay and charged with second-degree assault.

In his tweet Tuesday, Trump accused Gugino of falling “harder than he was pushed” and using a “scanner” to “black out” officers’ equipment. “Could it be a set up?” the president asked.

No evidence has been publicly presented to suggest this.

Gugino has been described by his attorney and friends as a mild-mannered Catholic bachelor who returned to his hometown of Buffalo years ago to care for his ailing mother, The New York Times reported. For decades, his friends said, Gugino has taken part in demonstrations against nuclear weapons, climate change and police brutality.

His friends told the Times that Gugino is not a member of Antifa, an umbrella term for left-wing, anti-fascist activists.

McEnany on Wednesday rattled off a few vague questions about the incident, including why dozens of Buffalo police officers “resigned” afterward.

“You had 56 police officers who resigned in protest of how their fellow officers were treated,” she said. “I think we need to ask why those officers resigned, what happened, what facts were on the ground.”

In fact, those 57 officers did not leave the department but merely stepped down from their volunteer roles on the emergency response team. Two of those officers told local ABC affiliate WKBW that they did not resign in a “show of support” for the suspended officers, but because their union said they would no longer have its legal and financial backing in defending cases related to the protests.

“Why would we stand on a line for the city with no legal backing if something [were to] happen?” one officer said. “Has nothing to do with us supporting.”

Asked whether the timing of Trump’s tweet ― amid memorial ceremonies for Floyd and general unrest in the country ― was appropriate, McEnany doubled down.

“Look, the president has acknowledged so many times, and rightfully so, the injustice with George Floyd,” she said. “He gave an entire speech about Mr. Floyd and the grave injustice there. But the president was raising some questions ― some legitimate ones ― about that particular interaction, and it’s his prerogative to do so.”

The OANN segment that apparently inspired Trump’s so-called legitimate questions was reported by Kristian Rouz, who has worked for Russian propaganda state media and has a long history of peddling misinformation.

During a news conference later on Wednesday, NBC News’ Kristen Welker asked McEnany whether it should be incumbent upon the president to have facts before he posts smears like the one against Gugino.

“The president did have facts before he tweeted it out that undergirded his question,” McEnany said.

Welker asked if McEnany would acknowledge that Trump’s tweet was a “baseless conspiracy theory.” The press secretary said no.

.@kwelkernbc: Is it incumbent upon the president to have facts before he tweets out a conspiracy theory about a 75-year-old man?

McENANY: The president did have facts

McENANY: It’s not [it is] pic.twitter.com/c3lzx6niBz 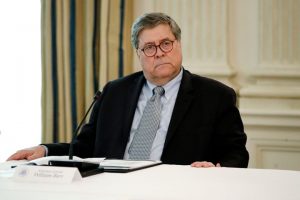 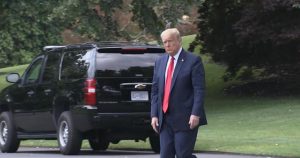