WAUWATOSA, WI- Violent rioters wreaked havoc on local businesses and residential homes in a suburban neighborhood outside of Wisconsin after prosecutors announced they would not be bringing charges against Wauwatosa Police Officer Joseph Mensah for the February shooting of 17-year-old Alvin Cole.

The Milwaukee Journal Sentinel reported that in anticipation of civil unrest, the City of Wauwatosa shut down their City Hall for three days. In addition, Tosa schools shifted to an all-virtual model of learning for the foreseeable future.

Prior to Milwaukee County District Attorney John Chisholm making the announcement, Wisconsin National Guard troops had already been staged in the area to assist local law enforcement. Within one hour of the announcement, protesters swarmed Interstate 94 in Milwaukee, bringing traffic to a standstill.

Nearly a hundred protesters march onto Interstate 94 in Milwaukee, Wisconsin, less than an hour after the announcement that no charges will be filed against Officer Joseph Mensah #MilwaukeeProtests #AlvinCole #Wauwatosa #JosephMensah #Milwaukee pic.twitter.com/Dupn21oCJv

Fox News reported that during the civil unrest, police urged residents in the area to shelter in their homes, lock their doors, and move away from their windows. A crowd of reckless demonstrators swept through the area throwing large rocks at law enforcement, smashing windows of residential homes as well as local businesses.

Authorities said they would support the National Guard and mutual aid to establish a protective perimeter around Wauwatosa City Hall. The Wauwatosa Police Department tweeted:

“What started as a protest has become a large disturbance of public order that has caused property damage and is threatening to cause injury to persons. The Wauwatosa Police has ordered dispersal and has not obtained compliance. While not all members of the group intend harm, everyone must disperse immediately. Police are working to disperse this group.”

The crowd was ordered to disperse due to being an unlawful assembly, and has refused. Law enforcement has deployed gas to safely disperse the group.

Authorities also said that they responded to multiple reckless vehicles on main roads in the area. There were reports of high rates of speed exceeding more than 25 mph over the speed limit, driving on the wrong side of divided highways, and driving over curbs and medians.

In his announcement, Chisholm said:

“In this case, there is sufficient evidence that officer Mensah had an actual subjective belief that deadly force was necessary and that belief was objectively reasonable. I do not believe that the State could disprove self-defense or defense of others in this case and therefore could not meet the burden required to charge officer Mensah.”

The march from Milwaukee to Wauwatosa descended rather quickly from a peaceful protest to a violent one, including vandalism and looting. Independent journalist Brendan Gutenschwager captured video of the looting that took place at a convenience store.

BREAKING: Damage reported along Swan and North. Glass left behind as business owners repair. The sting of tear gas still lingers in the air. @tmj4 pic.twitter.com/K0kc0BNKFU

Not content with stealing goods, the violent rioters began destroying property. As the looting continued, a store employee began handing out bags to looters. Looters continued to steal and destroy the convenience store up until the police arrived.

Another video re-tweeted by Julio Rosas shows dozens of people ransacking the store and leaving with whatever they could carry in their arms. Other videos that have circulated social media show violent protesters smashing windows of businesses and public buildings as they marched through Wauwatosa.

This civil unrest comes after the announcement from prosecutor Chisholm and when activists learned that this was the third shooting in five years that has been deemed justified for officer Mensah. Chisholm said in a statement:

“This case is reviewed as a homicide and I apply the same standard of review to this case as I would to any homicide. The standard is to determine in our professional judgement if there is sufficient admissible evidence to convince the trier of fact beyond a reasonable doubt that officer Mensah killed Alvin Cole unlawfully.”

Protesters & rioters are taking to the streets in Wauwatosa, Wis. after a black cop was cleared in the fatal shooting of an armed black teen who fired a shot during a foot pursuit.

After Chisholm’s announcement, Wauwatosa Police Chief Barry Weber said that the police department agrees with the Milwaukee County District Attorney’s Office decision and called their investigation a “legal and purposeful review” of the facts.

Weber also stated that there is still an ongoing internal review of the February incident and that he did not know when it would be completed.

WAUWATOSA, WI – A Wauwatosa police officer who was cleared in the 2016 justified shooting of Jay Anderson Jr. was suspended on July 15th because Anderson’s family filed a complaint calling for the officer’s termination.

Police Officer Joseph Mensah has been involved in three officer-involved shootings in the past five years, the Milwaukee Journal Sentinel reported.

Those shootings resulted in the deaths of Anderson in 2016 and of Antonio Gonzalez in 2015.

According to the Milwaukee Journal Sentinel , the third shooting, which took place in February 2020 and resulted in the death of Alvin Cole, is still under investigation.

The Anderson family filed their complaint while Officer Mensah was already on administrative leave pending the investigation of Cole.

The families of Anderson, Gonzalez, and Cole have the same attorney.

At a virtual meeting of the Wauwatosa Police and Fire Commission on July 15, their attorney, Kimberly Motley, asked for the permanent termination of Officer Mensah on behalf of the Anderson family, WISN reported.

Motley accused the officer of having violated the police department’s code of ethics.  Anderson’s family wants to see Officer Mensah fired and prosecuted.

The Wauwatosa Police and Fire Commission unanimously voted on July 15th to suspend the officer, with pay.  The commission will also be hiring a third party investigator to handle the complaint filed by the family of Jay Anderson Jr.

Mensah is a five-year veteran of the Wauwatosa police force, who is black, and he has been the focus of Black Lives Matter protests in Milwaukee for the past month.

Linda Anderson said the family decided to come forward when they saw the same officer who had shot her son had killed someone else.

“I would like to see him fired and to do some time for the killings he has done,”

She then goes on to say:

Kimberley Motley, the attorney for all three families/friends of the three young men shot by Officer Joseph Mensah, is speaking. She’s calling for the firing of the officer and pleading the innocence of those who were shot. pic.twitter.com/sOqMo7dn6b

According to the Milwaukee Journal Sentinel, Officer Mensah’s attorney said:

“None of those entities, absolutely none of them, opined that charges of any kind whatsoever were appropriate”

He then went on to say:

“In the end, I am confident that the commission is going to come to the same conclusion that every other investigatory authority has come to, and dismiss this complaint”

“In each of the cases involving officer Mensah, those Mensah encountered were armed with weapons. Each incident happened very quickly, and verbal commands were given and not complied with. He defended himself with deadly force”

Do you want to join our private family of first responders and supporters? Get unprecedented access to some of the most powerful stories that the media refuses to show you. Proceeds get reinvested into having active, retired and wounded officers, their families and supporters tell more of these stories. Click to check it out.

But the attorney for Anderson’s family has called for the previously-closed investigation into Anderson’s death to be re-opened and protesters rallied in front of City Hall ahead of the PFC meeting about the complaint. 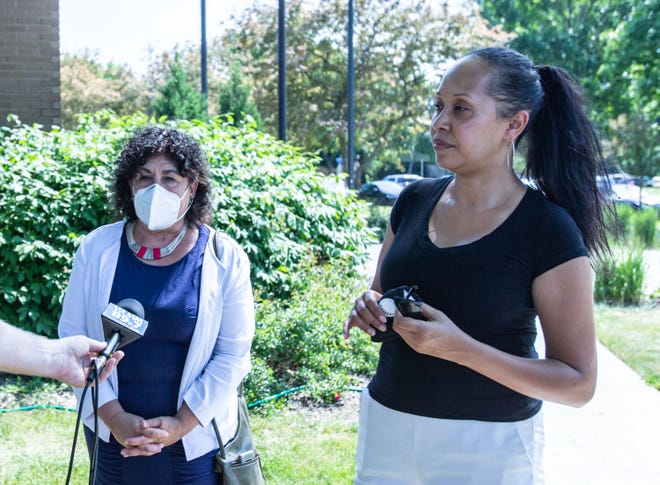 Motley told members of the commission during the virtual meeting:

“(Mensah) has become a significant risk to the public at large”

The district attorney’s report said that Anderson was fatally shot after Officer Mensah stopped to talk to him, when he found his vehicle in the parking lot of Madison Park at 3 a.m. on June 23, 2016.

The report said Officer Mensah saw a handgun that was on the front seat and ordered Anderson to put his hands up, WPR reported.

According to the District Attorney, this is when:

“lunged toward the gun with his right hand,”

Officer Mensah opened fire and shot Anderson five times in the head and once in the shoulder, according to WPR.

The Anderson’s attorney said that she did not believe he was reaching for his gun, but instead was falling asleep and unable to keep his hands up, citing toxicology results from the autopsy that showed the driver was inebriated.

Motley is quoted as saying:

“Murder does not have a statute of limitations, so I think it is important to re-look at this case, especially because it is the same officer.”

Motley is also the attorney for the family of Gonzalez, who was shot by Officer Mensah on July 16, 2015, when officers responded to a domestic violence call, according to the Milwaukee County Medical Examiner’s Investigative Report.

Gonzalez, 29, greeted the officers in the front yard with a samurai sword, which he brandished as he came toward them.

When Gonzalez continued towards the officers, and failed to obey their orders to drop the sword, Officer Mensah opened fire and fatally shot him, the report said.

The district attorney found Officer Mensah’s shooting of Gonzalez to be legally justified.

The shooting that is still under investigation occurred on Feb. 2, 2020, when officers responded to the Mayfair Mall for a report of a man with a gun, WDJT reported.

Police said that after a chase, Cole fired at officers with a stolen handgun and Officer Mensah returned fire.

The families of all three men are calling for Joseph Mensah to be fired and for all Wauwatosa police officers to be equipped with body cameras.

Attorney Kimberley Motley said in an interview with the Milwaukee Journal Sentinel:

Since the two earlier shootings were deemed justified and self-defense, Mensah was not charged by prosecutors, nor was he disciplined internally. 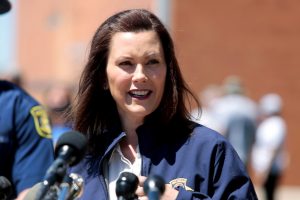 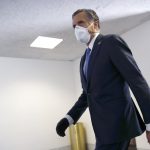 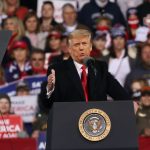 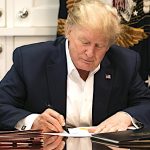 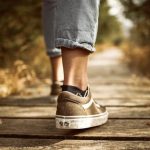