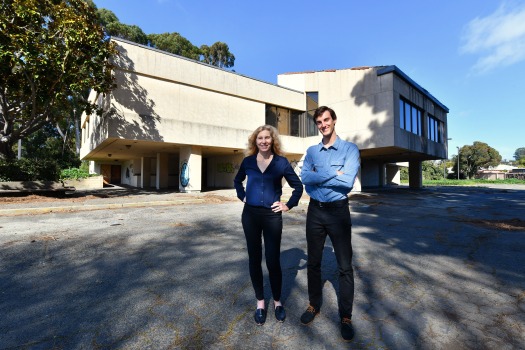 SAN PABLO — After more than 50 years of hosting cubicles and pencil-pushers, an East Bay office building will be transformed this year to fill a crucial need: It will become housing for dozens of homeless residents.

The project to turn the two-story office building into 54 small apartments is a novel idea. It’s much more common to repurpose apartments, hotels and even dorms into homeless housing. But experts say this approach could help the Bay Area build its way out of a massive shortage of affordable homes. While the region struggles to house tens of thousands of homeless residents, office buildings are sitting empty as people continue to work from home.

Office vacancy in the region has nearly doubled from 9.9% in the first quarter of 2020 to 18.4% in the last quarter of 2021, according to Alexander Quinn, director of research for commercial real estate firm JLL in Northern California. More than 17 million square feet of office space has become vacant during that time.

That’s a lot of potential housing.

“There’s just a ton of opportunity out there to use some of these less-than fully occupied buildings and reposition them as part of our broader housing solution,” said David Garcia, policy director for UC Berkeley’s Terner Center for Housing Innovation, who recently co-authored a report on the subject.

Even so, converting an office building into a place to live is an expensive, labor-intensive proposition – and not all buildings are suitable candidates.

But the San Pablo project, a partnership between Contra Costa County and a local developer, makes sense as a way to breathe new life into an old building while also getting people housed more quickly and for cheaper than new construction, according to those involved.

“This is really an innovative way to start to build housing as quickly as we possibly can,” said Lavonna Martin, deputy director of health services for the county.

The building on El Portal Drive was built in the 1970s as an office for switchboard company Pacific Telephone and Telegraph, which later became PacBell and then AT&T. The 25,000-square-foot building was later used by the county for parole and probation services until those offices moved to a new location. For the past two and a half years, the building has sat vacant.

The owner, Richmond-based Overaa Construction, has tried to lease it since but has had no luck. Overaa Vice President Kara Overaa Gragg blames the pandemic and the economy.

Even before the pandemic, developers were converting office buildings into housing. But it wasn’t a widespread practice.

Between 2014 and 2019, about 9,300 homes were built on land that used to be commercial, according to the Terner Center report. But that accounted for less than 9% of the Bay Area’s total housing development.

There’s no unified statewide process to convert commercial land into residential, so developers have to follow a different set of rules in each city. In San Pablo, Overaa got a leg up from Assembly Bill 2162, a 2018 law that makes it easier to build certain types of homeless housing. And the developers say city officials were supportive of the conversion.

Of the 94 projects funded in 2020 by round one of Homekey – Gov. Gavin Newsom’s ambitious program to help cities and counties turn buildings into homeless housing – just three were office or commercial conversions. That includes an office building in San Rafael that’s being used as a temporary homeless shelter and will be turned into long-term housing this fall.

But office conversions could be more popular this year with Homekey round two – which has made $1.45 billion available so far. With the state potentially running out of hotels and motels to convert, officials are encouraging more creative applications.

“I would absolutely say it’s a great thing to do,” Overaa Development Manager Jared Gragg said of office conversions. “When a building is sitting vacant it totally makes sense. You just have to go through the steps to make it happen.”

Those steps are considerable. Overaa will have to gut the building to put in 54 studio and one-bedroom apartments. The developers have to add fire sprinklers and utilities to outfit kitchenettes and small bathrooms in each apartment. Overaa also will cut a hole in the middle of the building to make a courtyard, allowing for more windows and natural light – something office floorplans with big, windowless spaces in the middle of the building often struggle with.

The developers expect it will cost $19 million.

“There were points in time where we said, ‘Oh my gosh, is it cheaper just to start from scratch?’” said Overaa Gragg. “But we determined this is definitely a more economical way to do it.”

After crunching the numbers, Overaa estimated the project will be between 20% and 25% cheaper than building something from the ground up. The developers hope to start work later this year and finish by September 2023.

Contra Costa County will lease the building from Overaa until officials come up with the funding to buy it – they intend to submit a Homekey application later this year. Overaa will pay the construction costs in the meantime.

Once complete, the building will serve as permanent housing for people who are homeless and disabled. Residents will pay 30% of their income in rent and have access to case managers, health care, mental health support, money management and other services.

“Overall we see this as a very exciting project,” Martin said. “We are thrilled about that opportunity to end homelessness for 54 individuals.” 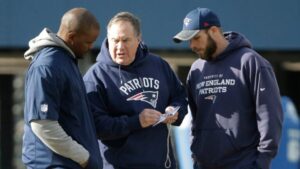 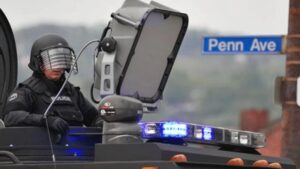