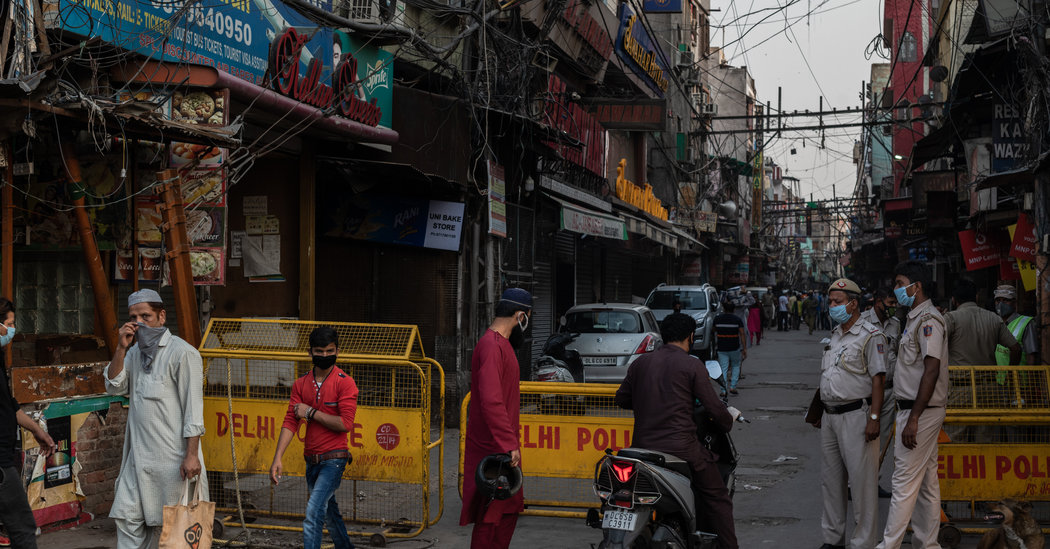 NEW DELHI — When the Indian government eased coronavirus restrictions last week, allowing many shops to reopen in rural parts of the country, Uday Shankar Sharma, a retail store owner in a small farming village, said he had no intention of complying.

Over the past few weeks, Mr. Sharma said fear had deepened in Sabna, where he lives in northern India. Community meetings held under a clock tower have stopped. Neighbors barely talk to each other. Streets are so silent that people can hear grasshoppers in the daytime.

Mr. Sharma said resuming business was simply too dangerous right now, even though his district of more than three million people has only reported one case of the coronavirus.

“It is better to stay hungry than to get the coronavirus,” he said in a telephone interview. “Why should I risk the lives of my family members for a few hundred rupees?”

For five weeks, Indians of all stripes have united to zealously conduct a nationwide lockdown, the largest and one of the most severe anywhere. But as the central government has started lifting restrictions in areas with few or no known cases of the coronavirus, officials are now facing a new challenge: persuading fearful residents, and their leaders, to consider a partial reopening.

By many measures, the nationwide lockdown imposed last month by Prime Minister Narendra Modi has helped blunt the spread of the coronavirus. India’s doubling rate for cases has slowed to around nine days, and though testing is still restricted, infections have remained relatively low for a nation of 1.3 billion, with nearly 30,000 confirmed cases and 900 deaths.

Last Monday, India took a step toward reviving the economy to “mitigate hardship to the public,” allowing construction, plantation work and some manufacturing to resume. By Friday, the central government had further eased restrictions, permitting many shops to reopen in rural parts of the country and outside hot spots, which have largely been traced to bigger cities like Mumbai and New Delhi.

But unlike the initial lockdown, which Indians widely endorsed despite the clear cost of shutting a country where around half the population lives on less than $3 a day, the lifting of restrictions has divided state leaders. They have some autonomy to set their own coronavirus guidelines as long as they are no less strict than those imposed by the central government.

While critics of a prolonged shutdown in the United States, for instance, have often grounded arguments for reopening in notions of individual liberty, Indian officials have almost uniformly rallied around Mr. Modi’s framing of the pandemic as a collectively felt crisis that required cooperation at every rung of society.

Many embraced Mr. Modi’s order for a “total ban of coming out of your homes,” heeding his directives to police one another and fight the virus like a “dedicated soldier.”

But as India’s economy suffers, the consensus has started to fray.

After lockdown measures were eased last week, the states of Kerala and Gujarat were among those that planned to move forward with reopening shops. Tamil Nadu, Jharkhand and Maharashtra indicated that they would keep businesses shut until at least May 3, when Mr. Modi will decide whether to extend the lockdown or let it expire. Other states barely said anything.

Crafting enforceable orders is challenging in a country as diverse and fragmented as India, with nearly two dozen official languages and vast cultural chasms across states and even neighboring villages. The cryptic nature of the government’s news releases has not helped.

After announcing that many shops selling nonessential items could reopen late Friday, the Ministry of Home Affairs issued multiple corrections over the next 24 hours. On Twitter, Vasudha Gupta, a ministry spokeswoman, revised an earlier announcement that “ALL shops” outside municipalities could reopen by exempting liquor stores, then restaurants, then salons.

The Confederation of All India Traders, a group that represents small retailers, urged the government to clarify even further. Over the weekend, the group said it expected millions of businesses to open nationwide, but only a few had been successful.

“There is lack of consensus among the administration and law enforcing agencies with the result that traders are not allowed to open the shops,” the group said in a statement.

In the southern state of Karnataka, Subhash Chandra, the managing director of Sangeetha Mobiles, told the Economic Times that nearly half of the chain’s 260 outlets had reopened on Sunday only to be promptly shut by the local police.

Even business owners who faced fewer roadblocks in resuming operations said supply chain wrinkles had made it nearly impossible to complete most of their work.

After Mr. Modi announced the lockdown on March 24, migrant workers typically hired for construction jobs left cities for their home villages, some of them hundreds of miles away. With train and bus service suspended, they have no easy way to return.

Mukesh Goel, a government official who oversees construction projects in the state of Punjab, said his office reopened last week with a “skeleton crew” and no business.

“We are trying to find a way to fully resume work, but it doesn’t seem likely anytime soon,” he said. “We need machinery, labor that is almost impossible to get at the moment.”

Arunoday Singh Parawar, a social worker in the state of Madhya Pradesh, said skepticism to reopen went beyond fears of the coronavirus.

In Chhatarpur, the town where he lives, local leaders have imposed harsher restrictions than most by allowing food shops to open only on alternate days, even though the area has been mostly unaffected by the coronavirus.

Mr. Parawar said the reason was simple: Officials feared that if they eased restrictions too soon, or by too much, they risked the ability to reimpose coronavirus rules and persuade millions of people, many of them without a formal education, to return to a life indoors.

“They do not want to lose control of the public,” he said.

Still, economists say an indefinite lockdown is hardly sustainable. With so many Indians out of work, the country’s public distribution system, which provides food and other handouts to hundreds of millions of people, has been severely stressed.

And in remote areas of the country, the authorities have sometimes used force to keep people inside, making it difficult to reach markets and ration shops.

Nazia Errum, a widow who supports three children as a seamstress, said the police have beaten people for trying to leave their homes in the village of Hajipara, where she lives in the northeastern state of Assam. With no work for a month, Ms. Errum feared that her family would starve if the lockdown continued.

“When you can’t step out of your house for a minute, how will you earn?” she said. “We have been eating rice only once a day instead of three because we don’t know what will happen tomorrow. We are terrified.”

In India’s largest state, Uttar Pradesh, state leaders have already indicated that they will not implement the central government’s loosening of restrictions. In Sabna, a community of farmers, Rajesh Kumar Jaiswal, the village’s leader, said changing people’s psychology was one of the biggest stumbling blocks to reopening.

“People have developed a habit of following restrictions,” he said. “Even if the government eases them, would people come out? No one is gathering.”

Mr. Sharma, the small business owner, said he had tentatively opened his shop on Sunday so that people could buy dry goods and home hardware products.

But within a few hours, he had shut it again, fearing that he might endanger the village and become a pariah if somebody got sick.

For now, he said, stores would stay closed.

“Those who outlive this will remember a time when people had an opportunity to earn money, but they feared the very people who would give them the currency note,” he said. 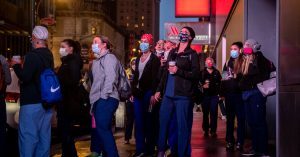 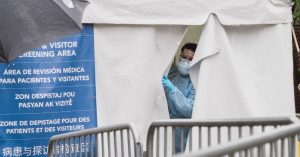 Trump Vows More Coronavirus Testing, but Less Than What May Be Needed