Judges for the New York State Athletic Commission were put to work early and often during their first UFC card since November 2019 on Saturday.

UFC 268 at Madison Square Garden began with a trio of fights going the distance to lead off the early preliminary portion of the event.

Opening the night, Ode Osbourne scored a unanimous decision victory over CJ Vergara at flyweight, winning 29-28 on each card.

Osbourne’s speed was evident throughout the fight as he bloodied the face of Vergara through the opening two rounds. Vergara had better luck in the third, reversing an Osbourne takedown and spending much of the fame on top, but was too far behind to claim victory.

Melsik Baghdasaryan utilized solid kicking to slow down Bruno Souza in their featherweight bout and score a unanimous decision victory (29-28×3).

The light heavyweight fight between Dustin Jacoby and John Allan was stopped twice as Allan dealt with eye issues, but was allowed to continue each time, giving Jacoby a chance to earn his unanimous decision victory (30-27, 29-28, 29-28).

Big dollars in the Big Apple

Ticket sales for UFC 268 are expected to be in the neighborhood of $8 million, making it the fourth highest live gate in Madison Square Garden history, according to Joel Fisher, MSG’s executive vice president of marquee events and operations.

“The UFC is as huge an event as you can get,” Fisher said.

No. 1 on the list is UFC 205 with a live gate of $17.7 million, a three-title card headlined by Conor McGregor on 2016. It was the first UFC event at MSG after New York State legalize mixed martial arts earlier that year, and remains the promotion’s biggest live gate ever. The previous record for a sporting event at MSG was the $13.5 million gate from Lennox Lewis vs. Evander Holyfield in March 1999. An MSG spokesman said The Concert for New York City, a benefit concert to raise money for Sept. 11 victims and first responders in 2001, is the highest non-sporting event gate.

UFC welterweight champion Kamaru Usman was subject to baseless claims of performance-enhancing drug use from challenger Colby Covington throughout UFC 268 fight week. Yet on the eve of their rematch, Usman was honored for his consistently clean drug screens by the U.S. Anti-Doping Agency.

Usman’s latest perfect test was No. 50 of his career, a first for a UFC fighter whose entire time with the promotion was under the program. USADA has overseen the UFC’s anti-doping program since June 2015, a month before Usman’s UFC debut.

For his fair play, Usman was gifted a custom letterman jacket by UFC senior VP of athlete and health performance Jeff Novitzky, who said Usman was “an ambassador for clean sport” across professional athletics.

“To have the validation of USADA, it feels amazing,” Usman said.

Justin Gaethje’s lightweight matchup with Michael Chandler was moved to the leadoff spot of the UFC 268 pay per view despite being billed higher throughout the card’s promotion. The move enabled Trevor Wittman, coach of Gaethje, Usman and Rose Namajunas, to have more time between his fighters’ contests.

Ryan Gerbosi is an internet news manager for sports at Newsday.com. He also covers soccer and mixed martial arts and believes the designated hitter should be banned from baseball. 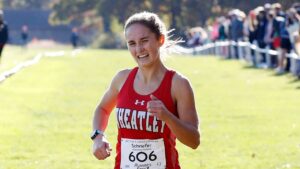 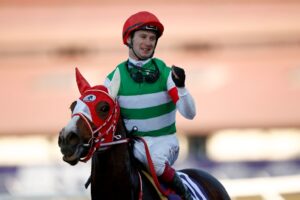 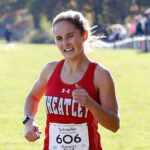 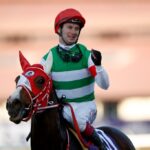