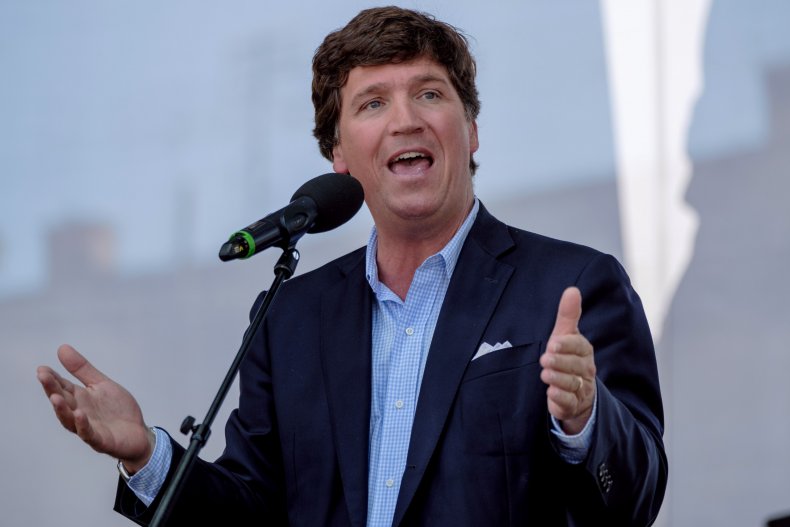 Fox News host Tucker Carlson has unveiled the trailer for his documentary on the Capitol riots, airing a clip of a woman who suggests the event was a false flag.

Carlson showed the trailer for the three-part series during his primetime show on Wednesday, claiming the U.S government had launched a “war on terror” against Americans.

The trailer was also shared by Carlson’s Twitter account on Wednesday. It features several individuals, including a man who claims the left is “hunting” the right.

Toward the end of the trailer, the woman says: “False flags have happened in this country. One of which may have been January 6.”

Describing the documentary series on Wednesday, Carlson said: “We believe that it answers a lot of the remaining questions from that day.

“Our conclusion? The U.S. government has in fact launched a new war on terror. But it’s not against Al Qaeda, it’s against American citizens,” he said.

The Fox host then showed the trailer. The video opens with on-screen text reading: “The true story behind 1/6” and “The War on Terror 2.0 and the plot against the people.”

A man says: “The domestic war on terror is here. It’s coming after half of the country.”

Carlson then appears and says: “The helicopters have left Afghanistan, and now they’re here at home”—a reference to the withdrawal of U.S. troops from Afghanistan that was completed on August 31.

Next, a man’s voice is heard saying: “The left is hunting the right.” He then appears on screen and adds: “Sticking them in Guantanamo Bay, for American citizens, leaving them there to rot.”

Footage of a man firing a gun at what appears to be a shooting range is shown briefly and a voice says: “We are dealing with an insurgency in the United States” before the image transitions to President Joe Biden delivering a speech.

In that speech, Biden says white supremacy is “the most lethal threat.” As the audio continues, the visuals change to footage of supporters of former President Donald Trump gathered outside the U.S. Capitol and then to black-and-white film of a Ku Klux Klan march in Washington, D.C. This appears to be a well-known Klan march from 1926.

The trailer ends with the woman talking about “false flags” and a snippet from “Battle Hymn of the Republic.” The series is produced by Tucker Carlson Originals and the first part will air on Fox News on November 1.

Carlson has previously suggested that the FBI could have been responsible for the storming of the Capitol and federal agents might have been in the crowd on that day. Critics have dismissed this idea as a conspiracy theory.

The Fox host said in September: “We still don’t know how many federal agents were involved in the event that day on January 6. But we have very good reason to believe from court documents that it’s a significant number.”

The events of January 6 are still under investigation. The House of Representatives recently voted to approve a criminal contempt referral against former Trump adviser Steve Bannon, after he refused to comply with a subpoena issued by the House select committee examining the riot. 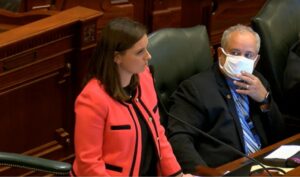