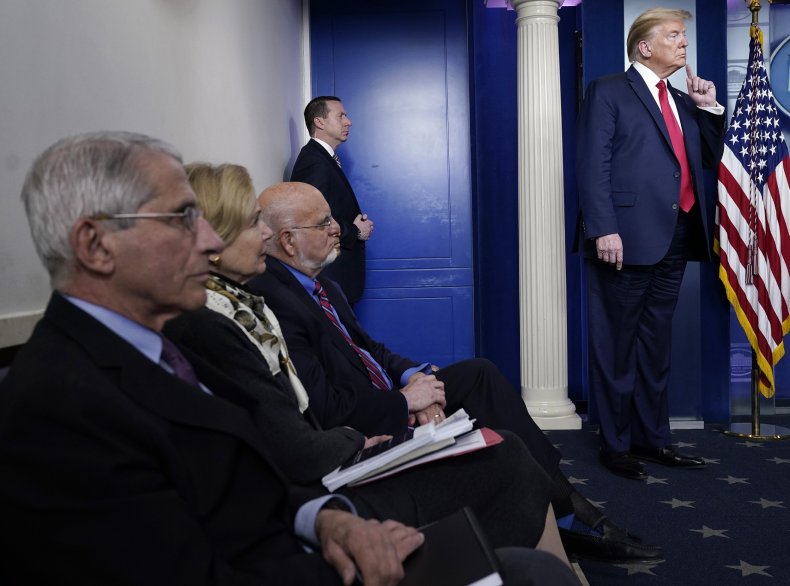 President Donald Trump has walked back his comments on disbanding the White House’s coronavirus task force, saying that the group will remain working “indefinitely” as the pandemic continues.

“The task force has done a great job,” Trump told reporters in the Oval Office on Wednesday, noting that the group had just met again that morning. “We’ll be leaving the task force indefinitely.”

He added, “I had no idea how popular the task force is until actually yesterday when I started talking about winding down.” The president also said that the group is “appreciated by the public.”

His praise for the task force came just a day after he said the White House would be phasing out the team and replacing it with a group focused on “reopening” the economy. On Tuesday, Vice President Mike Pence, who oversees the task force, had confirmed to reporters that the administration was having conversations about transitioning the response to the outbreak to other federal agencies.

But the suggested disbandment of the task force was met with serious backlash as health experts warned of a recurrence in coronavirus cases later this year.

Senator Bernie Sanders said that getting rid of the team would be a “true American tragedy” and that “thousands will unnecessarily die because of Trump’s contempt for science.” House Majority Leader Steny Hoyer also said it would be a “shameful abdication of responsibility” and accused Trump of downplaying the dangers of the outbreak.

The White House pushed back against remarks that the administration was limiting the involvement of medical professionals in the federal government’s response to the coronavirus outbreak.

“Reporting on the task force is being misconstrued to suggest the White House is no longer involving medical experts. This is totally false,” White House Press Secretary Kayleigh McEnany wrote on Twitter. “President @realdonaldtrump will continue his data-driven approach towards safely re-opening.”

The task force, which includes response coordinator Dr. Deborah Birx and National Institute of Allergy and Infectious Diseases Director Anthony Fauci, was created in late January to lead the Trump administration’s efforts to slow the spread of the virus.

The group had been holding press briefings nearly every day until late April when Trump suggested that infected people could inject themselves with disinfectant to get rid of the coronavirus. His remarks were immediately met with criticism from medical professionals, who warned against taking disinfectants internally.

The United States has surpassed every other country both in confirmed cases and deaths. According to data from Johns Hopkins University, there were more than 1.2 million cases and 71,500 deaths in the U.S. as of Wednesday afternoon.

In a series of tweets on Wednesday morning, Trump said the coronavirus task force team would have a “new focus” of developing a vaccine. He also said the team may change members and that the new additions could be announced as soon as Monday.

“We may add or subtract people to it, as appropriate,” the president wrote. “The Task Force will also be very focused on Vaccines & Therapeutics. Thank you!”

President Donald Trump and members of the coronavirus task force at the daily White House briefing on April 22. Drew Angerer/Getty 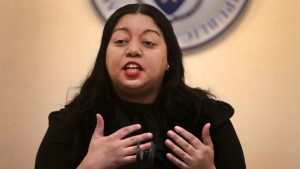 State Rep. Liz Miranda says she and 'many' of her family members have tested positive for the coronavirus 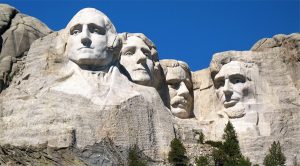