Thousands lose COVID-19 vaccine appointments in L.A., O.C. Here's what to do The rocky rollout of COVID-19 vaccines is continuing, as several California vaccination sites are again being forced to postpone appointments amid limited supplies.

The latest snag comes courtesy of Mother Nature, as brutal weather in other parts of the country has delayed delivery of the much-needed doses in California.

A representative from the state Department of Public Health could not immediately say Thursday how wide the vaccine disruption was, but confirmed California was “among the states that have been affected by delays.”

California — along with the rest of the country — had already been contending with a scarcity of vaccines, with officials saying they have the capacity, but not the supply, to inoculate significantly more people.

California was set to see stepped-up vaccine deliveries in the coming weeks, but that was before the winter storms threw deliveries for a loop. Even with the increase, however, the number of anticipated doses was still far less than what is needed to quickly work through the queue of people eligible to receive shots.

A consistent challenge is that both currently available COVID-19 vaccines, one from Pfizer-BioNTech and the other from Moderna, require two doses, administered three and four weeks apart, respectively.

Lately, the need to provide second shots has spurred officials throughout the state to greatly limit access to first doses.

Of the roughly 2.6 million doses California was slated to receive in its next two shipments, only about 1.34 million were expected to be available for first doses, according to figures presented during Wednesday’s meeting of the state vaccine advisory committee.

It’s unclear how the weather delays will affect those figures.

Thousands of COVID-19 vaccine appointments scheduled Friday at sites run by the city of Los Angeles were postponed.

“Severe weather across the country has disrupted travel and shipping nationwide, including delaying the delivery of our vaccines,” Mayor Eric Garcetti said. “Our city is ready to administer COVID-19 vaccines swiftly, safely and equitably, and as soon as doses arrive in Los Angeles, we will get them into people’s arms immediately.”

City officials said two shipments were held up because of the inclement weather: 26,000 doses, previously set to arrive Tuesday, are still in Kentucky, and 37,000 more, set to be used next week, are in Tennessee.

Officials said the reshuffling will affect only the city’s large-scale vaccination sites. Inoculations from city-run mobile clinics will continue.

But by Thursday evening, some accounts had already emerged of individuals fearing that supply may run out earlier than expected. At Dodger Stadium, traffic came to a standstill for hours as staff told residents with appointments that they were awaiting more vaccines, without further details.

What happens if your appointment was canceled?

About 12,500 people had their appointments delayed, and those affected should have been notified by text, email or phone, according to a city statement.

“Once the city confirms the arrival of a new shipment of doses in the days ahead, all patients who missed their appointment will be prioritized and receive a notification with details for their new automatically rescheduled appointment,” the statement continued.

Some people apparently didn’t get the message. A reporter with KTLA-TV Channel 5 posted video showing a line of cars at the Dodger Stadium vaccination site Friday morning.

What about Disneyland and Orange County?

The Disneyland site began turning away people with appointments after a shipment of the Moderna vaccine did not arrive, according to a county news release.

The center will stay closed until at least Monday, when additional supplies are expected.

The opening of a new vaccination site at the Anaheim Convention Center, scheduled for Wednesday, may be delayed if supplies are not restocked in time, the news release said.

The Soka site will continue to provide second doses, while Santa Ana will close Saturday, according to the county. The Santa Ana site’s reopening date depends on when more Pfizer vaccines arrive.

What about L.A. County’s vaccine centers?

Forecasts discussed Wednesday indicated that California should receive 1.28 million vaccine doses next week and 1.31 million the week after. Both of those figures are up from the state’s last allotment, which was about 1.08 million.

“Dedicated allocation seems to be increasing, so keep your fingers crossed that it continues to go in that direction,” said Dr. Tomás Aragón, California’s public health officer and director of the state Department of Public Health.

Even without the weather delays, shipments of that size aren’t large enough to quickly handle all the Californians who are eligible to receive their shots now, let alone the millions more who can get in line starting next month.

It’s also unclear how those doses will be divvied up throughout the state. Los Angeles County Public Health Director Barbara Ferrer said Wednesday that she did not have an estimated allocation for the next two to three weeks.

“We still have a fair amount of variability in what we get from week to week,” she said.

Ferrer said Wednesday that she believed March could be another difficult month for vaccine allocation but that circumstances would improve in April as additional doses became available.

Whenever the expected influx occurs, though, state and local health officials say they’ll be ready for it.

“Our ability to vaccinate residents and workers,” Ferrer said, “just depends at this point on the availability of us having enough vaccine, because we have many different sites that can meet the varied needs of our population.”

Where do we stand on vaccine eligibility?

For the most part, hospital workers and people 65 and older are getting the bulk of the vaccines. But some workers, teachers and others are joining the line.

Certain essential workers in Los Angeles County, including teachers, will become eligible to receive COVID-19 vaccinations starting March 1, but will probably face competition as supplies are expected to remain limited.

The next pool of eligible Angelenos includes educators and child-care workers; food and agriculture workers, which includes grocery store employees; and law enforcement personnel and other emergency responders.

More than 1.3 million people fall into those groups. About 2.2 million people in L.A. County who work in healthcare, live in long-term care facilities or are 65 and older are already eligible to be vaccinated.

And the pool of those eligible to be vaccinated is set to widen even further next month. Starting March 15, people ages 16 to 64 who are disabled or at high risk for morbidity and mortality from COVID-19 will be able to receive vaccinations in California.

But officials warn that actually getting a shot will be challenging until more supplies are available. Need a coronavirus test in L.A.? Starting next week, no appointments are needed 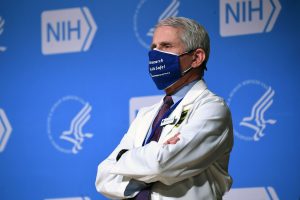 It's too risky to go to a single-dose coronavirus vaccine regimen, Fauci says 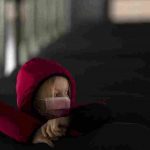 If Schools Follow CDC Guidance, Biden's Reopening Goals Could Be Hard To Reach 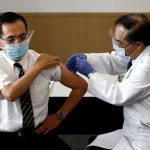 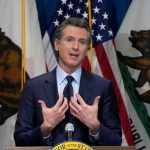 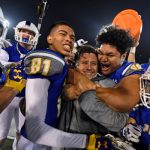