MIAMI — Gianna Clase, who lost her retail store job, says the $300 she receives in government food assistance each month is not enough for her family of four, which includes her elderly mother and two grandchildren, ages 5 and 14, whom she has been raising after her daughter died. Food bank handouts have become their lifeline.

“The situation is scary. Very scary,” Clase said about her economic outlook as the coronavirus pandemic rages through the region.

As South Florida grapples with being described as the new epicenter of the COVID-19 pandemic,it’s also among the worst in the nation when it comes to its residents experiencing food insecurity and scarcity, according to Census Bureau data. Over 14 percent of South Florida residents — about 1 in 7 households — reported sometimes, or often, not having enough to eat in the last seven days. Last week it ranked first in food insecurity; this week it’s second only to the Houston metro area

They’re currently distributing about 4 million pounds of food a week — and it’s expected to get worse.

“These past two weeks we have seen a slight increase in people needing support and we anticipate that trend will continue,” Sari Vatske, executive vice president of Feeding South Florida, said.

Many of the people needing assistance are in the hospitality and tourism businesses, as well as retail, according to Feeding South Florida surveys conducted with their network of 300 partner agencies.

Prior to the pandemic, about 30 percent of the people the food bank was assisting were Latino, like Clase, and about 60 percent were Black. Now, “we have seen an increase in the diversity of people needing our support,” Vatske said.

Something that has struck Vatske is “the fatigue of the unknown that people are facing.” She said back in March and April, it was the panic and the fear of not knowing how long the pandemic and food insecurity would last. While that still exists, she said there is a different sort of fatigue. “People coming through seem broken and defeated. This has become the new normal for them, come to rely on the weekly food distributions.”

Miami-Dade County is getting hit the hardest by COVID-19 cases. With soaring case numbers and hospitals reporting the number of coronavirus patients exceeding the capacity of intensive care units, there is now pressure for counties to shut down again. This would translate to more layoffs and furloughs as businesses shut down, increasing the demand for food donations.

Besides the large food banks, Broward and Miami-Dade County Public Schools have been providing families with multiple meals at a time to last a week. Smaller groups, restaurants and churches have also been distributing food.

Nina Fabian, pastor of the Life Changers Worship Center International in the Latino-heavy suburb of Hialeah in Miami-Dade County, has been running a summer camp and providing hot food for any child and teen under 18 who shows up. She also distributes boxes twice a week.

“People have to go around to different sites to get enough food,” she said.

She’s seeing many unemployed mothers coming in. In some cases, both parents have lost their jobs. “It’s a difficult time. Everyone is stressed right now,” she said.

Whatever food is left over, usually milk and cereal, goes to the last families that line up.

“They’re not giving you a story. You see it in their faces,” Fabian said. “I had never seen a grown man break down and say he doesn’t know what he is going to do.”

Carmen Sesin is a reporter based in Miami. 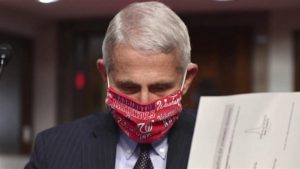 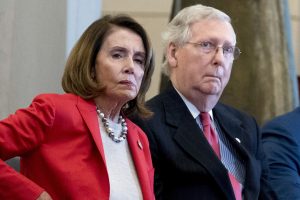