Cuomo: Masks will not be required outdoors in schools; indoor rule remains

The announcement on mask rules at schools came after a weekend of mass confusion among parents, students and school districts.

“They make a good case with the inside and the potential hazards on the inside, and there’s only a couple of weeks left” of school, Cuomo said. “So we don’t want to make any mistakes.”

The announcement came even as at least three school districts on Long Island said they were eliminating all mask requirements starting Monday. It was not immediately clear if they would face sanctions by the state for violating the mandate.

This chart shows the percentage of coronavirus tests that were positive on average over a seven-day period.

A year later, some LIers still have lasting COVID-19 effects

Rifenbury is one of many Long Islanders struggling with the effects of COVID-19, months after they contracted the virus. Scientists are unsure what is causing the lingering symptoms, how to prevent and treat them, why some people get them and others don’t, and how long the effects may last. The federal government is spending $1.15 billion over the next four years on research.

“I’m completely devastated,” said Rifenbury, 62, of Oceanside. “I used to be a powerhouse. I used to be independent. I used to be me, but I’m not me now.” Read more in this story from Newsday’s David Olson.

The pace of vaccinations on Long Island has slowed dramatically over the last few weeks, but remains higher than state and national averages, according to state health metrics analyzed by Newsday.

The slowdown will make it even more difficult for the region to reach herd immunity and curb spread of the virus, medical experts said.

“We’ve been anticipating, discussing and expecting a slowdown for quite some time,” said Dr. David Hirschwerk, an infectious disease expert at New Hyde Park-based Northwell Health, the largest health system in the state. “For the first several months, there was demand and it was mostly from people who wanted the vaccination and had very little to no hesitation in getting it.”

Hirschwerk said many people getting vaccinated now were not in an immediate rush to do so. Long Island’s immunization slowdown mirrors a statewide one. Read more from this exclusive story by David Reich-Hale and Matt Clark.

As the coronavirus descended on New York last year, some Long Island matrimonial attorneys speculated there would be a boom in divorces because so many couples would be stuck together at home during lockdown.

But divorce rates on Long Island defied those expectations in the first year of the pandemic and related restrictions, according to state court data obtained by Newsday.

This story by Newsday’s Rachelle Blidner says divorce filings and dispositions in Long Island courts fell 31.6% between late March 2020 and late March 2021, compared with the same period a year earlier, the data shows.

But the decline doesn’t necessarily mean there are fewer people who want to get divorced or are having relationship troubles, officials said.

“I don’t think the numbers reflect what’s really going on,” said attorney Jawan Finley, who leads the matrimonial division at Queens-based law firm Mallilo & Grossman and handles divorce cases in Long Island and New York City. “There’s a lot of people that want to get divorced, but just between the finances and the time, [it] discourages people.”

First lady Jill Biden visited a vaccination clinic at a prominent Black church in Harlem Sunday with Dr. Anthony Fauci, as the White House ramps up efforts to reach its goal of getting 70% of U.S. adults inoculated with at least one shot by July 4.

New York’s lottery-ticket giveaway moved to two Long Island vaccination sites for this week, with a chance at a $5 million prize for getting vaccinated, Cuomo said Saturday.

“The Lehman Trilogy” is the latest show set to return to Broadway this fall, set for an opening in October. Producers also announced “Stomp” will be back this summer beginning July 20.

A summer of live music in LI towns. Downtowns are inching closer to normalcy with adjusted or scaled-down versions of popular local events — and with it, live entertainment. Take a look through this list of events happening in neighborhoods around the Island.

Mobile bars to hire this season. Food trucks have been around for a while around the Island. And, increasingly, they’ve become caterers on wheels that will come right to your own backyard. Newer to the family: mobile bars available for hire to serve your guests beer, wine and cocktails. Check out these three.

Coming up on Newsday Live this week. Join us at noon on Wednesday for a webinar about travel and COVID-19. Hear from experts about where you can travel, which restrictions are in place and more. At noon on Thursday, register for this webinar about vaccine etiquette and wearing masks.

Plus: Fans returned on Saturday to Belmont Park for the Belmont Stakes and the final leg of the Triple Crown, where normalcy was in the air. See more photos.

Back at work after a long hibernation. Reader Cathy Carballeira, of Smithtown, writes in an essay for Newsday Opinion: It wasn’t an unexpected email. A couple of weeks ago, I was notified on a Tuesday that our company’s director was advising my group that we finally were to return to work. We were given a week’s notice and discussed it in our weekly Zoom call.

Initially, I was in disbelief. How can this be? Is the pandemic over? Are we safe? Indeed, my satellite unit had been fully vaccinated. My fears were quickly replaced with thoughts of being together again with my colleagues in the social work clinic in our Syosset office building. We’d once more have human contact, doing what we do best — sharing and comforting ourselves and others. How long had it been? It felt like forever.

I knew that co-workers had lost many loved ones — a brother, a brother-in-law, grandparents and friends — and that my complicated grief over the loss of my mother a year earlier had made my own isolation and alienation more severe. Continue reading.

Erin Serpico is an assistant web producer who joined Newsday in November 2018. Originally from New Jersey, she now covers community events and produces local content for newsday.com while also helping run the homepage. 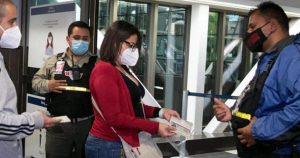 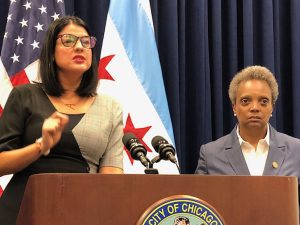