Deuteronomy 28:21
Yahweh will make the pestilence cling to you until he has consumed you from off the land, where you go in to possess it…

As economists around the world try to make sense of the coronavirus pandemic’s growth-destroying capacity, a team at Bankrate.com has devised a simple measure of ‘economic hardship’ to measure how much the outbreak in the US has harmed each state. BR’s index comprises measures of unemployment and mortgage delinquencies (two critical signs of personal financial peril) to judge how the people of every state have fared since the outbreak began.

One interesting conclusion from the survey was the lack of correlation between COVID-19 cases and overall economic impact. New York will fare reasonably well in the coming months (though certainly industries like foodservice and hospitality may suffer), but the tourism-dependent economies of Hawaii and Nevada have been hit hard by the implosion of the tourism industry.

As China ups its orders of certain farm products, the long-suffering American farmers, who have struggled with low commodity prices, are seeing surprising resilience in unemployment and mortgage defaults. Nebraska had the best showing in BR’s Housing Hardship Index, and Idaho has performed well. Neither saw their unemployment rate crack double-digit territory last month or today.

These five states fared the worst in May, according to BR’s index (courtesy of BR.com).

Meanwhile, these are the five least-affected states.

As one BR economist explained, the coronavirus outbreak forced a virtual shutdown of Nevada’s economy.

Nevada has experienced a near-shutdown of its economy, which is driven by casinos, conventions, and concerts – all victims of the coronavirus. The state hasn’t diversified its employment base much beyond tourism, and hospitality employment plunged 39 percent from April 2019 to April 2020, says Stephen Miller, an economics professor at the University of Nevada, Las Vegas.

Las Vegas’s vulnerable economy has scared off some real estate investors. For instance, Unison Home Ownership Investors, a company that takes equity shares in homes, says it won’t do deals in Sin City in the near future. “A place like Las Vegas would just be far too risky for us to invest right now,” says Brodie Gay, the company’s vice president of research.

It’s familiar territory for the Nevada real estate market, which was pummeled during the Great Recession. “Our recovery is going to be, like the last one, longer than the rest of the country’s,” Miller says. One saving grace, he hopes, is that many of Vegas’ visitors can drive from California.

Fortunately for Hawaiians, the state, also heavily tourism-dependent, only suffered a glancing public-health blow from COVID-19. Nevadans haven’t been quite as lucky. Meanwhile, its casinos, which only just reopened, are bracing for another closure order from the governor – literally their operators’ worst-case scenario.

The World Is In Big Trouble, for Those That Believe We Will Go Back to Some Sense of Normal Life Here on Earth, You Will Be Sadly Disappointed, Seven and Half Years of Hell on Earth Which Began January 1, 2020

For those of you who care, Google and your favorite social media platforms have misled you, and now we all pay a heavy price for trusting the ungodly, Google and company knew exactly what they were doing, removing our history while preparing you to accept the New World Order playbook, Enjoy

But realize this, that in the last days difficult times will come. For men will be lovers of self, lovers of money, boastful, arrogant, revilers, disobedient to parents, ungrateful, unholy, unloving, irreconcilable, malicious gossips, without self-control, brutal, haters of good, treacherous, reckless, conceited, lovers of pleasure rather than lovers of God, holding to a form of godliness, although they have denied its power; avoid such men as these.

Among them are those who enter into households and captivate weak women weighed down with sins, led on by various impulses, always learning and never able to come to the knowledge of the truth. Just as Jannes and Jambres opposed Moses, so these men also oppose the truth, men of depraved mind, rejected in regard to the faith. But they will not make further progress; for their folly will be obvious to all, just as Jannes’s and Jambres’s folly was also. Now you followed my teaching, conduct, purpose, faith, patience, love, perseverance, persecutions, and sufferings, such as happened to me at Antioch, at Iconium, and at Lystra; what persecutions I endured, and out of them all the Lord rescued me! Indeed, all who desire to live godly in Christ Jesus will be persecuted.

But evil men and impostors will proceed from bad to worse, deceiving and being deceived. You, however, continue in the things you have learned and become convinced of, knowing from whom you have learned them, and that from childhood you have known the sacred writings which are able to give you the wisdom that leads to salvation through faith which is in Christ Jesus. All Scripture is inspired by God and profitable for teaching, for reproof, for correction, for training in righteousness; so that the man of God may be adequate, equipped for every good work.

I solemnly charge you in the presence of God and of Christ Jesus, who is to judge the living and the dead, and by His appearing and His kingdom: preach the word; be ready in season and out of season; reprove, rebuke, exhort, with great patience and instruction. For the time will come when they will not endure sound doctrine; but wanting to have their ears tickled, they will accumulate for themselves teachers in accordance to their own desires, and will turn away their ears from the truth and will turn aside to myths. But you, be sober in all things, endure hardship, do the work of an evangelist, fulfill your ministry.
2 Timothy 3:1-4:5

According to the word of God, as Christians, we are living in difficult or perilous times. One of the greatest of those perils is the threat posed by false teachers. This site is a call to action for believers. The call to action is this: Trust(1) in the truthfulness and sufficiency of God’s word. Submit(2) to His sovereignty over our lives. Study(3) His word with humility and fear. Test(4) those who call themselves Apostles or claim any other title of spiritual authority. Prove(5) your love for God by not fearing man, and warn those who do not know God whether or not they claim to be Christian. Expose(6) the lies that claim to be God’s truth. Love(7) others sacrificially. Judge(8) with righteous judgment. Examine(9) yourself to see if you’re in the faith. Endure(10) to the end. 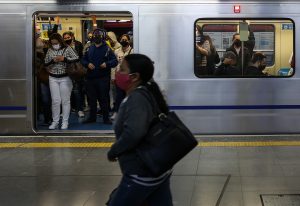