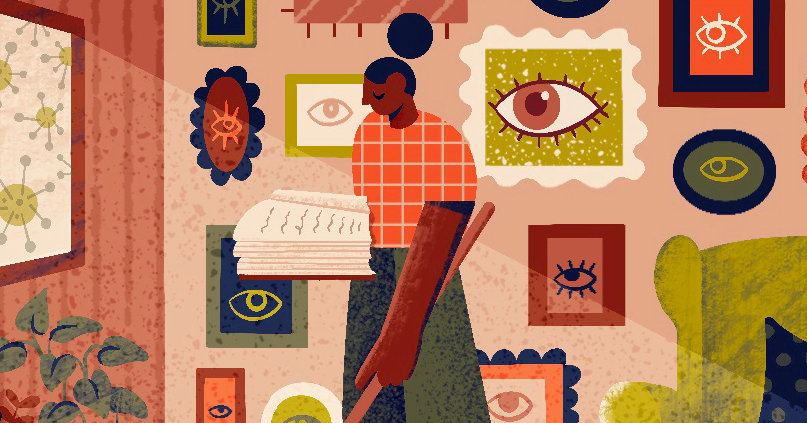 Two decades ago, Cheryl Mendelson shocked Americans by informing us that there is a right and a wrong way to use a broom. She did this in a book that was scholarly, opinionated and too big to throw at the cat.

Encyclopedic, quirky, thoughtful, opinionated, it enjoyed a second life in 2017 when a BuzzFeed writer, Rachel Wilkerson Miller, fell upon the book and said she’d like to give a copy to “every man, woman and adult baby I know.” “Home Comforts,” she wrote then, is relevant to those who already care about their home and also to people “who don’t know you have to actually wash hoodies.”

Now that self-isolation has forced a cultural re-evaluation of home economics, the time seemed right to check in on Ms. Mendelson, 73, who once wrote that “the sense of being at home is important to everyone’s well-being.” Reached by phone at the Upper West Side apartment where she and her family are waiting out the virus, she made clear that, although the meanings of that statement may shade differently on lockdown, it is as true as it ever was.

So how is your sock drawer looking these days?

When this started, everyone in our household — my son and his fiancée fled Boston to stay with us — had one similar impulse. They went into drawers and cabinets and started throwing away the defunct clothes and old prescriptions.

What caused this sudden mass compulsion to organize?

There was an element of stocktaking. What do we have? What will we need? In our house, we’re all huge curry fans, and so we were suddenly thinking we need our turmeric. Then I walked into the kitchen one morning and there was my son on his knees reorganizing the canned goods.

I’m sure he was not alone in that.

We are all doing it, protecting ourselves against want and fear. I don’t mean to dismiss any of this as neurotic. It has rationality to it. Organizing goes a long way toward helping us understand where we are and whether we are all able to live safely and comfortably in this terrible situation.

And it makes us rethink the meanings of home.

I don’t know that my idea of home should dominate anyone else’s, but identity is a huge part of it in my mind. Home is that place where you have absolute control.

You wrote about how the safety of home is enshrined in the Fourth Amendment.

That is a cultural fact very much in the tradition of Anglo-Saxon law. Many societies don’t permit that authority in the home. So, if you don’t keep up that authority, you’re giving up one of the underpinnings that work themselves into our democracy.

But we’re not home voluntarily. And our authority over our homes feels somehow tenuous.

Going in and out of one’s home is a big part of one’s overall freedom. We are home now because we’ve been sent there. The unsafety of the outside world is pressing in on the safe place. You are not allowed to have others in. Home is the place where you can push the outside world aside and say what you think and do it safely. That’s less true when we all work from home, when there is this commercial invasion of private space.

You mean Zoom, the Peeping Tom of technology?

We are lucky to have work. My husband teaches at Columbia, and he and my son and my son’s fiancée have all set up little offices in our apartment. We now have this little corporate world here of earning that is certainly different from what it was two months ago.

Is that necessarily bad?

Working from home kind of returns us to the 19th-century model, when that was what the mass of people did. But most people then were still rural; migration to the cities hadn’t yet been completed. The home then was the seat of labor and production. Well into the 20th century, my own family was still living on a farm and making their own yeast and doing their own butchering.

Now again the house is the seat of labor and production, although we’re not churning our own butter.

Remote work, which we’re all doing, signifies that the home is not all mine anymore. This is a pretty important idea. I want work to be separate from home life, and now it’s not. We are all working for wages. We’re the lucky ones. But my husband teaches at Columbia, and he’s on Zoom three times a week. My son and his fiancée have videoconferences over and over and over, and it’s kind of terrible.

Plenty of people like not having to commute and working in their pajamas.

Two important things are at work here. One is the destruction of the communal as a result of the virus. That is happening simultaneously with the invasion of the home by the commercial. I don’t necessarily want the eyes of everyone I work with to be on me in my house.

So, in that sense, working at home diminishes not only the home itself but to some extent the public world. We already have so few places where we still meet and deal with each other and have a communal life. The office is one.

How has quarantine changed your home life?

Well, we’ve set work hours. We try to have a room or a part of a room where you can isolate the work life. We have places and times. This would be more difficult if you didn’t have a place you could subdivide or work you could push into a specific time frame. We get up, and everyone is at their computer by 8 or 9 o’clock. We stop at 5, take a break for a walk and cook dinner.

We do a weekly cleaning, the four of us. It is an extremely good feeling when there are fresh towels.

Are your cleaning rituals different from before?

It isn’t so much that we started anything new as that we didn’t stop. Now, more than before, this refreshing of a house is an important part of keeping our little world going.

You mean to hang onto normalcy?

The norm now would be: “Here is the time of growth and sun and light, and so let’s open the windows and let the air in.’’ And you can’t really do that.

Spring cleaning always felt to me as much emotional and symbolic as practical.

The pragmatic reasons for spring cleaning no longer exist. Back when the heat in most homes was wood or kerosene, and light came from kerosene or candles, the whole house was covered with sleazy grime by the end of winter and had to be scrubbed. You were also ridding your home of vermin and dust and mold and rot.

Dust and mold are still an issue in a modern apartment, and a yearly getting rid of them is good. But in many ways, a home is an organism that is alive. You’re keeping it alive through cleaning.

If there’s a potential upside to quarantining, it’s getting reacquainted with your dwelling place.

Another is relearning skills that were lost. After the first wave of feminism, domestic work was frowned upon and, in a misogynistic way, hated and given a low status. I remember my mother feeling put down as a housewife. Eventually we got to a point where people couldn’t cook, didn’t know how to clean, didn’t know which substances were safe or effective to use around the house or on what.

We didn’t know you have to wash a hoodie.

When I first wrote “Home Comforts,” I added an entry on how to sweep the floor, and I got so many comments: “You don’t need to tell people how to use a broom!”

That is not true. It turns out it is not at all obvious that there is a way to sweep without putting in more dust than you are taking out.

(This interview has been edited.)

How to Sweep With a Broom

Start at the walls and work toward the middle of the area with quick, repeated and overlapping strokes.

At the end of each stroke, lift the broom slightly to avoid flinging dirt into the air.

End with a tidy heap in the middle of the room.

Move the pan back an inch and brush into it the fine line of dirt that remains.

Lower the pan into trash bin; tilt before emptying to avoid inadvertently creating a dust storm. 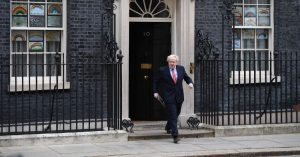