Tell it to Tojo: Protesters Scream 'America Was Never Great' as They Burn the Flag at the White House 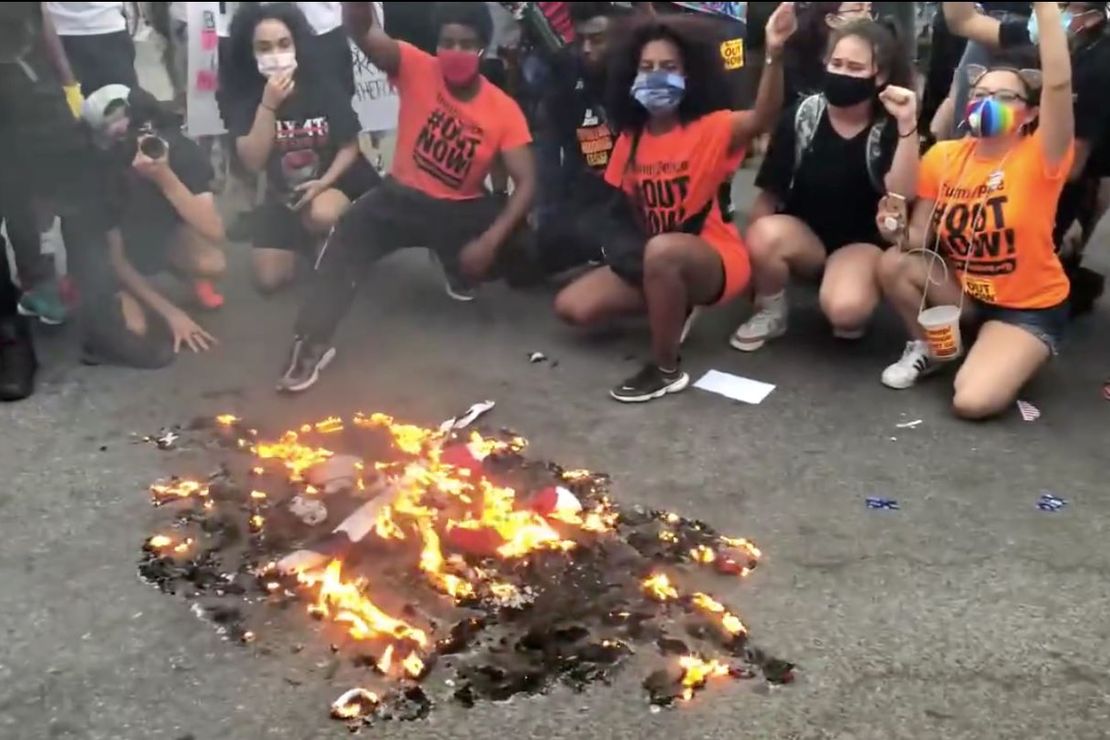 There are certain traditions we all love about the Fourth of July. Cookouts, beer, ballgames, and fireworks, among a few.

There are other traditions as well, although not so beloved. Protesters burning the American flag has become a staple of Independence Day activities and as predictable as a summer thunderstorm in Washington, D.C.

Aside from the usual “Death to America!” chants and other original slogans, protesters have now taken to answering Donald Trump’s famous “Make America Great Again!” slogan by claiming that America — in addition to being a racist, homophobic, anti-woman, oppressive nation — was never all that great, to begin with.

The demonstrators burning flags were associated with the Revolutionary Communist Party and Refuse Fascism. According to organizers, the groups also burned flags at demonstrations in New York City, San Francisco, Los Angeles and Chicago. Videos shared to social media showed some protesters burning small flags in Washington, D.C. before later burning a larger flag, which was quickly reduced to ashes.

The Hill reports that the protesters developed a catchy slogan to shout.

Far-left protesters burned an American flag near the White House on Saturday and chanted, “America was never great” moments after President Trump finished delivering a speech at the “Salute to America” Independence Day celebration.

I’m sure Hideki Tojo and Adolf Hitler would agree, except they are not available for comment.

Really now, What do you expect? Slack-jawed Communists and drooling antifa thugs. These people are not known for their smarts and look suspiciously on people who are.

Things got tense at Black Lives Matter plaza when RevCom, short for Revolutionary Communist Party, attempted to burn a few small American flags only for other protesters to run in and confront them.

“This is what they want, don’t give it to them,” someone says. pic.twitter.com/FIby1j7mc7

They must be running out of statues to tear down. “Refuse Fascism posted on its website that it also created and then tore down a “statue” of Trump outside Trump Tower in New York.”

Everyone is entitled to his or her opinion but perhaps the numbskulls burning the flag should have gotten another opinion. President Saddam Hussein, what do you think of the slogan, “America was never great”?

Indeed, the one constant in American history has been dictators, strongmen, and tyrants all thinking America isn’t that great, only to find out to their infinite sorrow, they were dead wrong — literally.

Trump Eviscerates the ‘Web of Lies’ Behind the ‘Angry Mob,’ Defends Mount Rushmore for Fourth of July 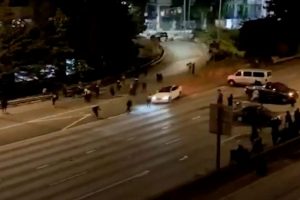