In January 2017, a number of protestors were arrested during Trump’s inauguration. Some of those protestors have now won a lawsuit that grants them not only their freedom, but also a $1.6 million settlement.

According to ABC News, the American Civil Liberties Union of the District of Columbia filed two class-action lawsuits alleging that police “engaged in or supervised constitutional violations including mass arrests of demonstrators without probable cause, unlawful conditions of confinement for detainees, and/or use of excessive force.”

There is no question that at least some of the protestors engaged in violent and illegal behavior. ABC News reported that some protestors “clashed with police, damaged property, and even set a limousine on fire.”

Even as they admitted that some protestors were violent, they said then-Police Chief Peter Newsham called it “a very, very small percentage.”

The ACLU alleged that Newsham and other officers detained over 200 protestors, which they claim was more than the small number who were causing violence.

The notoriously left-leaning city of Washington, D.C. eventually sided with the ACLU and shelled out massive amounts of cash to some of the protestors.

It may very well be that some protestors were wrongly detained, and in that case, it is right that they are now free. However, the reaction to this incident is a far cry from the treatment of anyone who was present at the Capitol building on Jan. 6.

In March 2021, Democratic Rep. Sheila Jackson Lee of Texas argued that all 40,000 people at the Capitol on Jan. 6 were “in DC with the mindset to overturn a legitimate election and to kill the Speaker, the Vice President, and Members of Congress.”

2/4 alleged that 40,000 protesters were in DC with the mindset to overturn a legitimate election and to kill the Speaker, the Vice President, and Members of Congress, in that instance, only 300 persons have now been arrested and are being prosecuted. What kind of justice is that?

In Lee’s mind, it is not just the people who were seen acting violently, nor even those inside the Capitol, who should be prosecuted. Instead, she apparently feels that anyone who was even in the general vicinity of the Capitol should be arrested.

Lee went on to say that the 300 people who were arrested, a number which has climbed even higher since her tweets in March, represented the fact that the protestors were “barely prosecuted and barely arrested.”

3/4 How clearly does that show a racial and political divide where protestors who want to overthrow the government who were the supporters of the former president and exhibited acts of racism were barely prosecuted and barely arrested? The FBI failed to provide detailed

In the case of Trump’s inauguration, it is wrong and evil to arrest more protestors outside of the ones actually engaging in violence. In the case of the Jan. 6 insurrection at the Capitol, everyone who was present must be prosecuted. Can you see the hypocrisy?

In addition, the ACLU raised concerns about the treatment of detainees from Trump’s inauguration. According to Politico, attorneys have alleged that detainees from the Jan. 6 insurrection were subject to similar or even worse treatment.

“For weeks, Capitol riot defendants being held in Washington have complained that they are locked in their cells with virtually no human contact for 23 hours a day,” they reported in April.

Is the left being hypocritical in their responses to these two incidents?

Ronald Sandlin, one of the detainees, said that the mistreatment went even further in his case. He said that guards had harassed him both verbally and physically and subjected him to abuse.

“Myself and others involved in the Jan. 6 incident are scared for their lives, not from each other but from correctional officers,” Sandlin said during a bail hearing according to Politico. “I don’t understand how this is remotely acceptable.”

He also raised concern about a fellow prisoner, Ryan Samsel, whom he said “was severely beaten by correctional officers, [is now] blind in one eye, has a skull fracture and detached retina.”

The bottom line is that no prisoner deserves to be mistreated in America, and each defendant is meant to be presumed innocent until proven guilty.

If some protestors were wrongly arrested at Trump’s inauguration, they should be set free. However, the same treatment must be given to those involved in the Jan. 6 incident.

It is wrong to detain people unlawfully, and it is wrong to subject those detainees to mistreatment. This is true on both sides of the political aisle, and the standard must be applied equally.

Report: Chauvin Juror Who Said He Would Be Impartial Wore a BLM Shirt with George Floyd on It in July 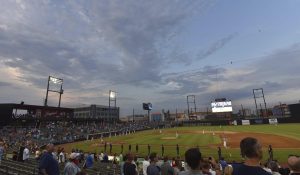 Report: Chauvin Juror Who Said He Would Be Impartial Wore a BLM Shirt with George Floyd on It in July 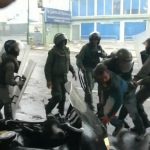 Riots break out on election day in Venezuela 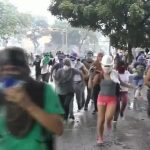 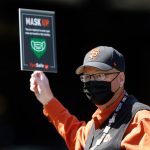