At the outset of his news conference, Murphy said he understood the desire to gather indoors.

“We’ve all had our routines turned upside down for the past four months and we want to blow off some steam with friends,” he said. “None of us can fault anyone for having that notion.”

He added: “And with the weather we’ve been having on top of that, I understand the desire to escape the heat and head into the air conditioning.”

But, Murphy said, people cannot continue to have crowded house parties. “They are not safe. Period.”

“They are how coronavirus gets passed around more efficiently,” Murphy said.

The governor said a “series” of recent house parties — such as one attended by young people between the ages of 14 and 19 in Middletown — have been linked to more than 50 new positive cases. Additionally, a party on Long Beach Island has now sidelined nearly three dozen Surf City lifeguards, who have tested positive for the coronavirus, he said.

And on Sunday night, there was a massive house party in Jackson that was attended by an estimated 700 people. Murphy said it was not yet known how many coronavirus cases may arise from “that out of control party,” but the state health commissioner, Judith Persichilli, believes there will be many.

“This is no time for anyone to be vying for induction into the knucklehead hall of fame,” the governor said. “And unfortunately, all of the above instances qualify.”

Over the past four days, the state has reported roughly 2,000 new cases of the coronavirus, Murphy said. “We are now back — plus or minus — to where we were roughly a month ago in the daily numbers of new cases,” Murphy said.

He urged residents, young people in particular, to wear face masks and to act responsibly.

“Remember this: Just because you are younger and hopefully less susceptible to the ravages of COVID-19, is not an excuse to let your guard down,” he said. “You are not immune.”

There have been at least 183,793 confirmed cases of the coronavirus in New Jersey, with 15,798 deaths, according to NBC News’ tally.

Murphy said the danger of indoor gatherings is the reason his administration halted a planned restart of indoor dining. On June 29, Gov. Murphy said plans to allow indoor dining to resume July 2 would be postponed indefinitely because of a surge in coronavirus cases in the South and West.

“I’m not going to say that indoor dining is like a house party because it isn’t,” he said Wednesday. “But when one party in an air-conditioned house leads to dozens of new cases, it should give us all pause.” 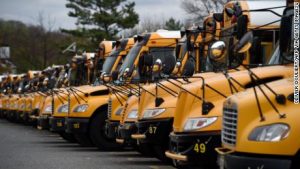 What the 15 biggest US school districts are planning for reopening 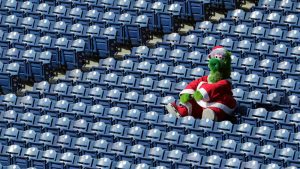 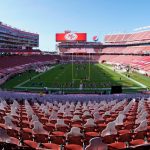 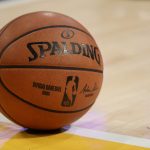 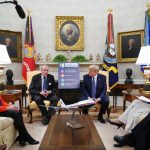 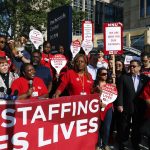