Riot suspect transferred to another jail to get organic meals 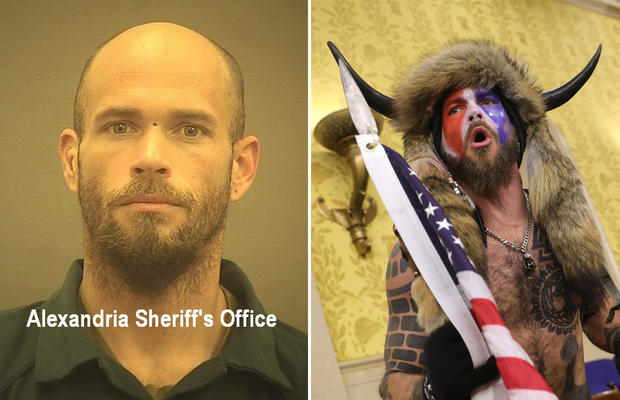 Jacob Chansley, a Capitol rioter also known as Jake Angeli or the “QAnon Shaman,” has been transferred to another jail after a judge ruled that he must be served organic food behind bars. The Washington, D.C. correctional facility that was holding him until his trial said it could not provide the special meals, so he was transferred to a facility in Alexandria, Virginia, that agreed to do so.

Chansley, 33, of Arizona, is facing federal felony charges in connection with the January 6 assault on the U.S. Capitol. Well known for attending pro-Trump protests in his home state, Chansley was photographed in the Capitol building wearing face paint and an animal horn headdress.

On Monday, Chansley’s lawyer, Albert S. Watkins, filed an emergency motion in the D.C. district court asking for organic food or a pre-trial release for Chansley. Watkins said his client had been refusing to eat the jail food because of his shamanism, a faith he noted is recognized by the U.S. government.

“Based on Mr. Jacob Chansley’s shamanic belief system and way of life, non-organic food, which contains unnatural chemicals, would act as an ‘object intrusion’ onto his body and cause serious illness if he were to eat it,” the motion reads.

In a press release on Thursday, Watkins said that after an emergency hearing, the court ordered the District of Columbia Department of Corrections to serve Chansley organic food. At the time of the hearing, Chansley had not eaten in just over nine days, Watkins said.

Since the D.C. Department of Corrections said it could not comply with the court order, Chansley was transferred to a new facility that could.

In a statement to CBS News, Amy Bertsch from the Alexandria Sheriff’s Office said Chansley was transferred and booked into the Alexandria Adult Detention Center on Thursday.

“The Alexandria Sheriff’s Office has an agreement with the U.S. Marshals Service to house federal inmates,” Bertsch said. “The Marshals asked if our facility could comply with the court order regarding this inmate’s diet. We consulted with Aramark, our food service contractor, and Aramark stated they could meet the court’s requirements.”

Chansley was ordered to be detained until trial after federal prosecutors said he would pose an “ongoing danger to the community” and a flight risk were he to be released.

He was indicted on January 11 by a federal grand jury on two felony charges of interfering with law enforcement during the commission of civil disorder and obstructing a Congressional proceeding, threatening Congressional officials and disorderly conduct. Chansley was also indicted on four misdemeanor counts. 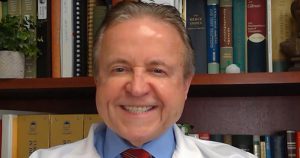 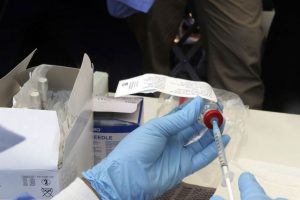