WASHINGTON COUNTY, OR – A group of women, part of Oregon’s Women for Trump, were holding a pro-Trump event in Hillsboro, Oregon. The event was simply a vehicle caravan.

Turns out, there was at least one man in the area who was not too fond of the idea, and decided he was going to stop it.

Clayton Callahan, 52, left his own vehicle, wielding a knife. Here is how it went down, according to an article written by Pamplin Media.

Polk County Republican chair Janira Brannigan said she was driving at the head of the car caravan as it wound its way through Hillsboro and Beaverton.

OWFT had a Trump Convoy today in Portland. We were approached and threatened by a knife weilding democrat leader from Washington Co. Democrat party! @MrAndyNgo @TuckerCarlson @realDonaldTrump @PatriotPrayerUS pic.twitter.com/ZysOBPL8S6

Brannigan said Callahan pulled in front of her flag-festooned vehicle near Tualatin Valley Highway and remained at a stop after the light turned green.

She said the incident escalated after her friend tried to snap a photo of Callahan’s license plate and he pulled over and began making vulgar gestures.

“We’re used to the middle fingers, the cussing, the yelling, but this was terrifying,” Brannigan said in a phone interview. “To be a President Trump supporter is not against the law. It is not something that should be met with violence.”

The altercation, while not in its entirety, was captured on video.

“He confronted one of the Trump supporters — rallygoers — with a knife, and as a result of his actions he has been arrested,” said Sgt. Clint Chrz. “We didn’t use any force to get him into custody.”

Callahan and another man appear to be face to face, arguing over the knife.

“You can stab me,” the man told Callahan.

“I’m not even threatening you,” Callahan fired back.

“I’m not allowed to hold my property? I got two knives. Are knives illegal? Do I have a Second Amendment?”

“You have all the rights in the world,” responds the man recording video.

The police arrested Callahan on one count of unlawful use of a weapon, and he bonded out for $1,000

Turns out, Mr. Callahan is a volunteer with the Washington County Democrats. That group confirmed that Callahan was a volunteer, but denied reports from media outlets that he had served as communications director for the organization.

“We have never asked or instructed any volunteers to interact with people in any escalated or aggressive fashion,” she said.

“We have documentation such as executive board minutes that can prove who would be something similar to the equivalent of a ‘communications director,’ though that title itself is not exist.”

Oh, but wait. There is more.

The suspect in this encounter is a Navy and Army veteran.

At the same time, he is currently employed by the Coffee Creek Correctional Institute in Wilsonville. He has been suspended from his job as a jailer in the all-women’s prison.

Those who were there are fortunate that things did not escalate beyond where they did and no one was injured. More and more people are coming under threat of physical injury, simply for approving of the President. Another group of Trump supporters were attacked just the day before.

HILLARD, OH – Supporters of President Donald Trump took to the streets for a parade in Hillard, Ohio on October 3rd.  They may have expected some boos, people cursing at them and the usual.

But the one thing they most likely never expected was for a shooting to occur.

The incident occurred as the parade was going along I-270 near Columbus, Ohio.  As the parade was continuing, police state that an unknown person fired at least one shot into a victim’s window.

Police report that no one was injured as a result of the shooting.  The vehicle was described by witnesses to be a black truck which had Trump, American Flags, and a US Marines sticker on it – and many have questioned whether it was really that of an agitator trying to blend in.

Police have not reported what may have been the cause of the shooting and are still searching for the man’s identity.  It is unknown if there was some type of political angle or simply a road rage incident.

Hillard Police Department Public Information Officer Andrew Litchfield confirmed that officers from her agency responded for a report of shots fired.  When asked if the shooting had anything to do with the Trump rally, she said:

“That is something we are absolutely looking into.”

Mary Ann Walker, the organizer for the event said:

“We looped around 270 three times and didn’t see any problems.  I think we saw one accident, maybe a little fender bender off the side of the road.  So that’s very surprising.  Hopefully, I wouldn’t think it was anybody in our group because everybody is so friendly and nice and I just don’t see that happening.”

Trump parade in Columbus, Ohio had THOUSANDS of trucks/cars/motorcycles show up!!!

Regardless of what led up to the shooting, violence at Pro-Trump events is sadly not rare.  Often times, angry supporters of Democratic Presidential Nominee Joe Biden take issue with people daring to have a different opinion on who should run the country.

In September, there was a pro-Trump event that was being held in California which had a large number of people in attendance.  This caught the attention of a man who disliked the idea of anyone supporting the President and made sure they knew of his disdain.

Donna Snow, 84-years-old, was in attendance and a supporter of President Trump.  She must have thought that she was safe, that is until Alvin Gary Shaw approached her.  Snow said:

“He took his hand way back like he was going to punch me, and [he] hit me right across the face…Broke my earrings off.”

Shaw then went on to allegedly attack other members of the crowd, physically attacking one man and then knocking another one to the ground.  He also attacked another man and allegedly injured him badly enough that he received injuries to his neck and was transported to a local hospital for treatment.

Thankfully, an armed retired officer happened to be a member of the crowd and saw what was occurring.  The officer drew his firearm and ordered the man to stop when he tried to flee the scene in attempts to avoid the police.

A 33 year old man armed with a knife attacked an 84 yr. old @realDonaldTrump voter this week. She was out showing support for Trump when the man attacked and hit her. An off duty officer pulled a gun and arrested him. If anyone knows her I’m happy to buy her a new Trump sign! pic.twitter.com/caWXzuR2Rs

Officers arrived on scene and were able to take Shaw safely into custody.  He was charged with elder abuse, assault with a deadly weapon, and assault and battery.

“This could have been a very serious incident.  In this case, this was just two groups that disagree, and while we support people and their using their First Amendment rights to put out their message, we prefer that [they] remain peaceful.”

Here is another article regarding violence at Pro-Trump events:

The group, a local organization for women, told local news outlets that they were meeting on the side of the road, on a bridge overpass, and holding signs in support of President Donald Trump. The gathering coincided with Night Two of the Republican National Convention.

One of the supporters on the bridge told local TV station WBTV that he heard the shots, and described the sound. Matthew Ostrowski said:

Fort Mill Police say the North Carolina man was both the driver of the car and the shooter. Police say the car passed by the group multiple times, yelling derogatory remarks and obscenities. On the final pass, witnesses said the driver turned from Sutton Road onto the ramp to northbound Interstate 77 while yelling and firing a gun through the open window.

The shots startled the group but police have not reported any injuries.

”It’s sickening. It’s absolutely sickening. It was ridiculous. There were kids everywhere. They drove by really slow and saw everybody, so they knew exactly who was there.”

In a Facebook post, the Fort Mill Police Department described the moment the gunfire started. They said:

“The driver of the vehicle continued yelling and then extended his arm through the window, while holding what appeared to be a handgun. The victims further stated that, at that moment, they heard several shots fired, and the vehicle then proceeded northbound on the Interstate.”

Police say that as the shooting was happening, a South Carolina Highway Patrol trooper was driving up to the gathering, saw the crime and followed the car onto Interstate 77. The trooper found the car, but not the driver, a short time later near Gold Hill Road and Deerfield Drive.

While at the abandoned car, officers said they saw another car trying to leave the area. In it, they saw a man who matched the description of one of the shooting suspects. Troopers tailed the car and eventually pulled it over, finding evidence that led to the arrest of Asomani.

Several members of the group told local media outlets that they believe it was a targeted attack, motivated by their political affiliation.

One of the organizers told WBTV:

“I think it’s sad honestly that we’re showing support for the president and you have to be nervous about somebody coming and doing this.”

On Twitter, the shooting drew attention from civilians and lawmakers.

“Could you imagine the national media outcry if this would’ve happened to Biden supporters? This person must be prosecuted to the fullest extent of the law.”

Could you imagine the national media outcry if this would’ve happened to Biden supporters? This person must be prosecuted to the fullest extent of the law.https://t.co/FaV39vMYJK

“Three men ‘drove by more than once, making derogatory remarks and yelling obscenities’ at Trump supporters at a calm rally in SC. Then, one of the men started shooting his gun from the vehicle. Did you hear about this in the news? No. Because equity.”

Three men “drove by more than once, making derogatory remarks and yelling obscenities” at Trump supporters at a calm rally in SC. Then, one of the men started shooting his gun from the vehicle.

Did you hear about this in the news? No. Because equity. https://t.co/2LU71mhlNq

“Trump supporters in South Carolina shot at during overpass gathering including children. Where’s the MSM?”

Trump supporters in South Carolina shot at during overpass gathering including children. Where’s the MSM? https://t.co/exdAxZdGbi

Police say Asomani is now facing charges for assault and battery of a high and aggravated nature, unlawful carrying of a pistol, pointing and presenting firearms at a person, and possession of a firearm during a violent crime. 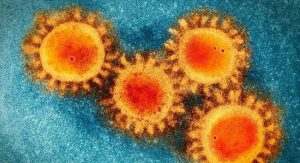 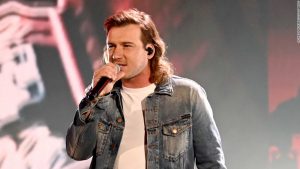 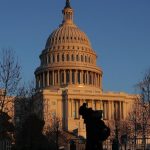 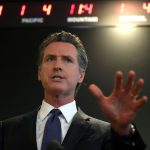 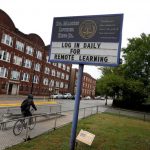 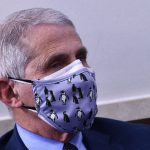 Dr. Fauci’s ‘wear a mask’ line named quote of the year by Yale