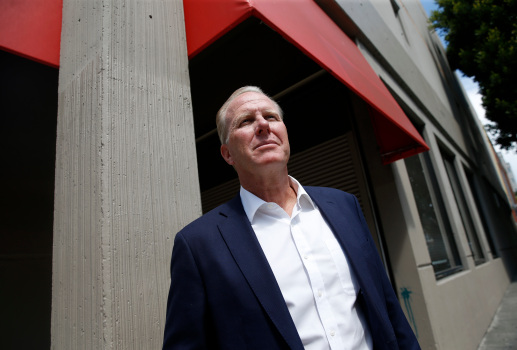 Recall contender Kevin Faulconer said he opposes mask mandates during a campaign stop in San Francisco Tuesday where he blasted sitting Gov. Gavin Newsom for failing to do a good job leading California.

“We don’t want to do anything that I think increases that hesitancy, and I think we need to continue to keep pushing to get people vaccinated,” the Republican former San Diego mayor said during an interview with this news organization after a short news conference where he accused Newsom of not being tough enough on crime.

If Faulconer, one of the leading challengers both when it comes to polling and fundraising, wins the Sept. 14 election, he will immediately be hit with a challenge that has plagued much of Newsom’s tenure: navigating a coronavirus pandemic that has no end in sight.

While some Bay Area officials have reintroduced mask mandates to combat the spread of the highly transmissible Delta variant, Newsom has so far avoided what would be a politically thorny call for a statewide mandate, focusing instead of increasing vaccinations.

Faulconer on Tuesday said his focus would also be on boosting vaccination rates, but provided no specific plan for convincing vaccine holdouts to get jabbed beyond using his platform to tout their effectiveness.

“As governor, I would continue to use the bully pulpit to say we want to get Californians vaccinated,” he said. “It works. I’m vaccinated myself.”

In addition to leading the Golden State out of the pandemic, Faulconer said he would prioritize ending “exploding” homelessness and making California a more affordable place to live through tax cuts for middle-class residents.

As mayor of San Diego, Faulconer cracked down on encampments and pushed people toward shelters.

The approach attracted some criticism.

“We were very aggressive as a city in enforcement of encampments—I believe to the point where it actually harmed the unsheltered community and was traumatizing,” John Brady, a board member on the San Diego Regional Task Force on Homelessness, recently told KPBS.

Faulconer, who led the city from 2014-2020, defended the approach as firm and compassionate.

“We made a huge difference and people saw that and it was supported,” he said. “That’s what we need to do statewide in California.”

Also looming? A wildfire season likely to be made more intense by the drought conditions gripping much of the state.

“We have to put our state on a war footing when it comes to wildfires,” Faulconer said, adding that he would waive environmental laws that make clearing brush and other flammable materials harder.

“You have to treat it like the emergency that it is,” he said.

The Bay Area swing by the moderate Republican — one of more than 40 people vying to be governor — came less than 20 days before voters are set to start receiving their mailed ballots in mid-August, with just weeks to go before the Sept. 14 recall. While some of his challengers have paraded out live bears or giant balls of trash on the campaign trail, Faulconer is convinced his policy-focused approach is the way to go.

“I think it’s important if you’re going to get rid of a governor, you’d better darn well be able to say here’s what I’m going to do differently. And treat it like the seriousness that it is,” Faulconer said. “Californians don’t want a bear running around. They want a governor who is going to stand up for them and actually get results. I’m banking on that.”

A new poll released Tuesday suggests support and opposition for the recall are almost even among likely voters, with Republicans especially motivated to turn out. The poll also suggested conservative radio host Larry Elder may be the current front runner with Faulconer and businessman John Cox vying for second, although some 40% remain undecided.

“I’m really excited about where we are right now because what we have shown is that the more people that get to know me outside of Southern California, across the political spectrum — I represent common sense and a mayor that can get things done,” Faulconer said. “I think they realize that’s the type of governor that we need right now in California.”

Asked, if the recall fails, whether the Republican challenger who gets the most votes should be the candidate to take on Newsom in the regularly scheduled 2022 election, Faulconer demurred.

“I think it’s too early to say. Everybody’s rightfully focused on the next six weeks,” he said. 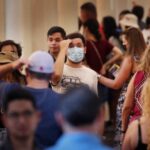 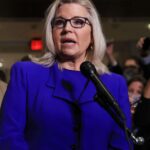