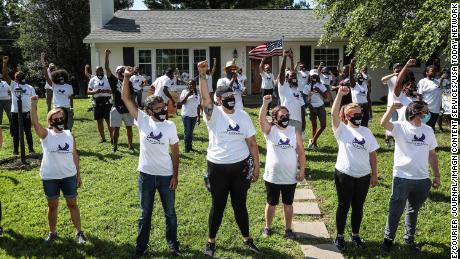 The protesters, who occupied the front yard of the home and chanted support for Breonna Taylor, were arrested Tuesday.
Taylor, a 26-year-old EMT, was killed when she was shot eight times by police after officers broke down the door to her Louisville apartment while executing a no-knock warrant in a narcotics investigation on March 13.
Police confirmed to CNN that Williams was among those arrested.
Williams had posted an Instagram photo earlier Tuesday that said, “It’s a beautiful day to arrest the cops that murdered Breonna Taylor,” and the caption, “We’re in Louisville and our bottom line is there MUST be JUSTICE for #BREONNATAYLOR.”
Officers followed a large group of protesters, many of whom were wearing face masks that said ‘Breonna Taylor,’ from Ballard High School in Louisville to the front yard of a home owned by Cameron around 4:30 p.m., a Louisville Metro Police Department release said.
A group then occupied the front yard of the attorney general’s home and chanted, police said. They were told that remaining on the property would be unlawful and arrests were then made, police said.
Protesters were charged with intimidating a participant in a legal process, disorderly conduct and criminal trespass, the police release said.
On Wednesday morning Williams posted a photo alongside Tamika Palmer, Taylor’s mother, saying she had been released. 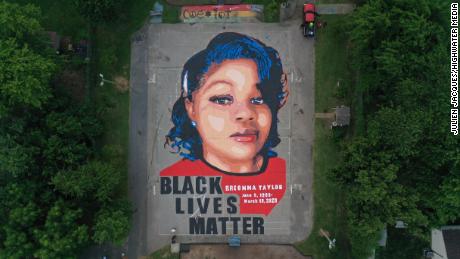 “It was my pleasure! I love you and as always praying for you Ms.Tamika Palmer (Mother of #BreonnaTaylor ) Ps: Thank you for waiting on us to get out! It was heart warming exiting and seeing your family. It was an honor.”
Tagging Cameron’s Instagram name, Williams added, “Arrest the Cops! Do The RIGHT thing.”
Taylor’s mother filed a wrongful death lawsuit in April against the officers involved: Brett Hankison, Myles Cosgrove and Jonathan Mattingly.
The Louisville Metro Police Department has since fired Hankison.

CNN’s Madeline Holcombe and Alec Snyder contributed to this story. 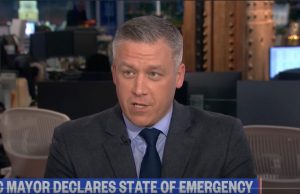