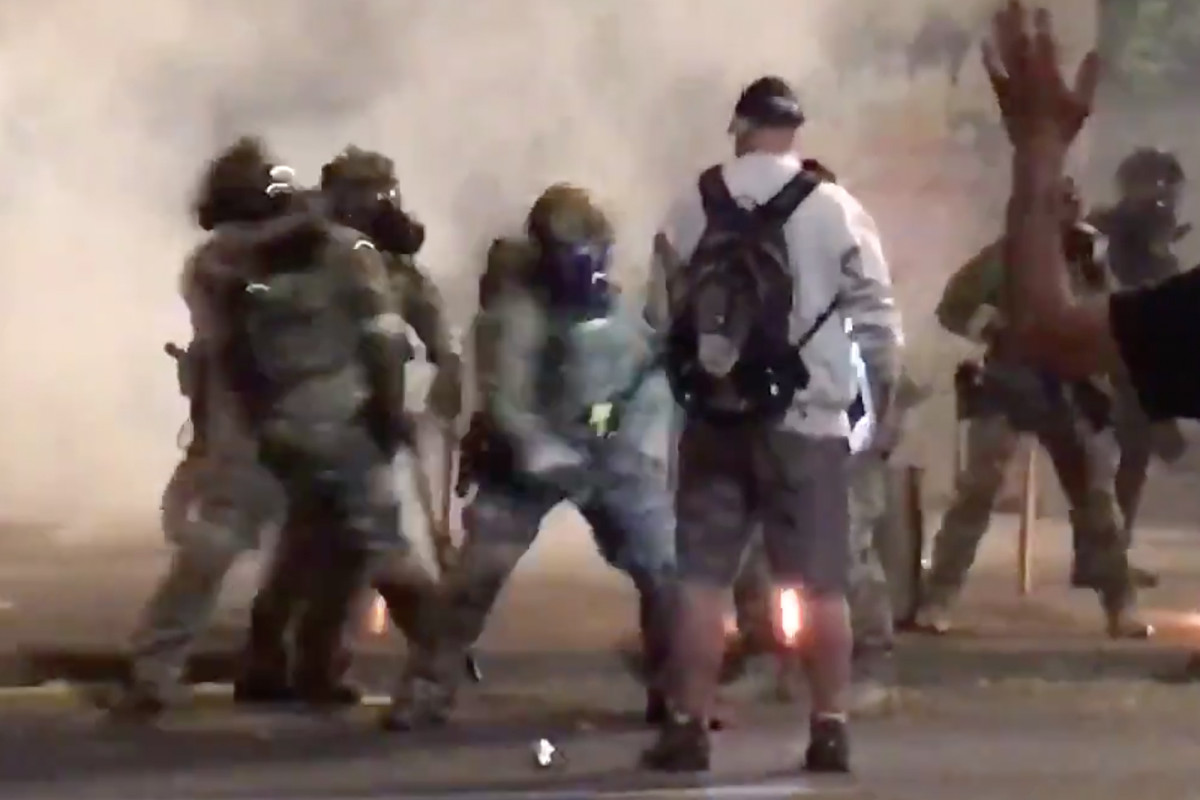 A thick-skinned Portland protester appears to endure a flurry of police batons and pepper spray without hardly a flinch — then gives cops a pair of middle fingers as he turns his back to them and saunters off, wild video shot outside the town’s federal courthouse shows.

Footage posted to Twitter shows the burly masked protester in a Navy sweatshirt confidently stride away from cops while giving them a pair of one-finger salutes after taking multiple blows to his body and pepper spray to his face.

The clip starts with one officer shoving the demonstrator away, who refuses to budge amidst a backdrop of smoke and burning debris.

Another cop then comes over, winds up and thwacks his left arm and leg at least three times with a baton.

When that fails, the cops crack out the pepper spray — which finally does the trick of getting the man to move away from the sidewalk.

The man identified himself as a “local veteran,” according to the Portland Tribune, whose reporter first posted the clip on Twitter.

The man “remained rooted in place like an oak,” the local outlet remarked.

The unnamed protester told the Tribune the incident left him with a broken knuckle and two broken fingers. 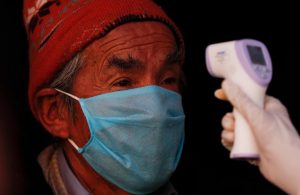 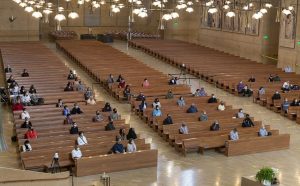 As churches reopen, coronavirus outbreaks are sprouting and some are keeping doors shut (LIVE UPDATES)