PORTLAND, OR – Portland Police Bureau Chief Jami Resch resigned from her role as the chief of police on June 8th, after having only served in the function for roughly six months.

In her resignation, it was noted that Resch claimed to not feel pressured exactly, but wanted to pass the role off to the Community Services Division’s Lieutenant Chuck Lovell, as she felt he’d be better poised to handle the bureau’s future trajectory.

Jami Resch, who is white, said she asked Chuck Lovell to take her place as chief and called him “the exact right person at the exact right moment.” https://t.co/28SSPG7aTP

Although, there’s speculation as to whether the notion of Resch not feeling pressured is a genuine sentiment. Namely because of the 10-consecutive days of protests within the city of Portland and criticism levied on how the PPB handled the situation.

Resch stated the following about the decision to ask Lt. Lovell to take her place as chief:

Lt. Lovell was apparently surprised by the decision, as it wasn’t something he wasn’t exactly expecting:

“It was a shock for me, I’ll be honest. But when your boss comes to you and she says, ‘The community needs you. The police bureau needs you.’ To me, I felt like it’s not the time to shrink and back down.”

Resch remarked on when she presented the role to Captain Lovell, he was actually hesitant to accept, saying that he never wanted to be the chief of the bureau:

“When I was talking to him and explaining to him why I was making this decision and why I felt he was the right person for this decision, he made a very important statement. He said, ‘I’ve never wanted to be in the role of a leader.’

I said, ‘That’s exactly why you are the right the right person. You never wanted it. You were meant for it.’”

In light of all the protests that have transpired in Portland, now-Chief Lovell is aware that there’s going to be a lot of work ahead in addressing issues related to community perception of the bureau:

“Leadership’s necessary right now. There’s a lot of hurt people. There’s a lot of healing that we need to start moving towards. I felt like if I in some small way can be the start of the community starting to feel some of that healing, it was my duty to do that.”

LET has a private home for those who support emergency responders and vets called LET Unity.  We reinvest the proceeds into sharing their untold stories. Click to check it out.

Obviously, with trying to mend public trust and perception of the police in Portland, Chief Lovell is aware that there has to be some degree of change implemented within the bureau.

However, whatever that change looks like, Chief Lovell noted that they will be ones rooted in common sense rather than frivolity:

“I think in very general terms, change is coming. This is kind of a real precipice for law enforcement all over the country, in this city. We’re going to really look hard at what changes need to be made, what changes make sense. Change for the sake of change doesn’t always have the best outcomes for people.”

While Resch has stepped down as chief, she’s reportedly not going to be leaving the bureau. Whatever her new role will be within the PPB is going to be announced at a later date.

Chief Lovell commented on the sentiment that while policing is never an easy or without mistakes,  he be committed to serving the community and upholding the oath of an officer:

“We took an oath to serve and protect you. We love you. We fall down sometimes. We need to learn how to get better together. We need to stand by each other in that journey.”

The PPB won’t outright say that Resch’s selection of Chief Lovell to take her place was at all influenced by the fact that he happens to be black. Yet, the response online seems to see the move of Resch stepping down and Chief Lovell stepping up as a form of racial pandering.

White Portland police chief resigns just six months into the job so black officer can replace her as … #Topbuzz https://t.co/ESlht07FIf

Whether that is the case or not, it would likely never be publicly confirmed by officials. What is most important is whether Chief Lovell will be able to handle the position accordingly and quell the protests in the city.

And based on the Chief Lovell we know – the man is well equipped to begin mending relationships. 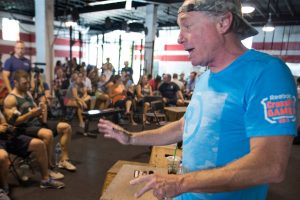 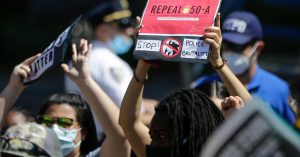