Pomona defunded school police. But after a shooting, campus officers are coming back Just four months ago, community activists celebrated a milestone decision in the Pomona Unified School District: The Board of Education defunded school police, removed officers from high schools, and brought in proctors trained to de-escalate tensions. But prompted in part by a recent shooting near a campus, the board has reversed course and brought back police, saying that student safety is paramount.

The unanimous vote during the Oct. 27 school board meeting came after a shooting near Pomona High School left a 12-year-old injured by broken glass and debris. The pressure from activists that led the board to eliminate funding for police and reimagine school safety in June gave way to new pressures from those who believe that the Pomona Police Department plays a crucial role in keeping schools safe.

“An incident such as this drives us, as leaders, to examine our practices and our protocols in caring for students and staff in regards to mental health, conflict mediation, emergency procedures, communication facilities and safety,” Supt. Richard Martinez said during an Oct. 20 meeting after the shooting.

The Pomona school board is not alone in its angst over school safety policies and policing that emerged after nationwide protests over the killing of Black people by police officers and evidence that police disproportionately target Black and Latino students. The Fremont Unified School District last November voted to discontinue its school resource officer program, only to restore the program by May.

In Los Angeles, a sharply divided school board voted 4-3 in June 2020 to cut $25 million from its department’s $70-million budget — a 36% reduction — and also removed the one officer stationed at each high school campus. Last month, two L.A. school board members, citing safety issues, attempted to amend the decision and give principals the authority to hire police for their campuses. The move was rejected by a board majority that has firmly sided with activists who say a police presence on campus traumatizes students — especially Black students — and results in them being treated like suspects.

“While some students feel that campuses would be somewhat securer than before, others also fear the dangers [school resource officers] can bring,” Village Academy High School student Juliana Naag said during the Oct. 20 school board meeting in Pomona. “Bringing armed police officers not only categorizes students as criminals, but also puts our Pomona youth and students in danger.”

The Pomona decision comes as school administrators and teachers throughout California and the nation are expressing concerns about tensions, fights and bad behavior among some students, possibly linked to the rigors of in-person school schedules after months of isolation and mounting mental health problems.

Members of the Pomona group Gente Organizada, which had waged a four-year campaign to eliminate police from its schools, said they were “incredibly disappointed” by the decision and frustrated by the timing of the vote, which they said did not allow for adequate community input. The Pomona school district does not have its own force, but contracts with the city’s police department.

“It’s obviously a polarizing issue,” Gente Organizada co-founder Jesus Sanchez said. “But when you have a school district that just fails to actually engage in dialogue and debate … it doesn’t help anyone.”

Sanchez pointed to a 2021 report issued by the group which found that more than 22% of young people arrested in Pomona are Black — despite representing only 5.6% of Pomona’s population — and that the vast majority of all female youth arrested were Black and Latina. The district serves about 23,000 students, more than 85% of whom are Hispanic or Latino, according to Ed-Data.

“Regardless of what anyone says, the weight of the research is that police harms kids in school,” one speaker, Nicole Gon Ochi, said at a recent meeting.

Pomona Police spokeswoman Aly Mejia said the department values its partnership with the school district and students, and that the “safety and well-being of the students in Pomona is always our first concern.”

When asked about the statistics in the report, Mejia said the police department is working with community groups to combat Pomona’s decades-long issues with prostitution and human trafficking, and that many of the arrest numbers reflect those crimes.

The board’s decision, pending the approval of the city council later this month, will re-establish a community school resource officer program to “enhance the safe and positive learning environment” at district schools, restoring two full-time officers in the district’s secondary school cluster areas at an annual cost of about $195,000 per officer, according to district documents.

Oliver Unaka, district communications chief, said leaders began to “reimagine what positive engagement with law enforcement could look like” as far back as 2019, including an emphasis on restorative justice practices, mental health and social supports. But he also said the decision to not re-enter into contracts with local law enforcement was based in part on the fact that students were not on campus because of the pandemic.

“The unprecedented health emergency presented by COVID-19, while requiring vacant school sites, also provided an opportunity for the district to re-examine and re-conceptualize how students, families, and staff might interact with first responders in a post-pandemic social environment,” Unaka said.

The earlier decision to rely on proctors was made during the Delta surge of the pandemic — and only shortly after vaccines became available to people 12 and older — when administrators did not yet know how many students would be returning to campus, Unaka said.

Supt. Martinez did not cite the Delta variant or school closures when discussing the reasons behind the original defunding decision in an interview with The Times over the summer. At the time, he described the decision as a result of community concerns and calls to move toward a restorative justice approach to school safety.

“After that one incident, we would feel safer,” said senior Ashley Flores, 17, referencing the shooting. “It happened after school, but it was still kind of concerning.”

Adan Sanchez, a 16-year-old junior, said, “It’s a big need. … For me it’s always better. You don’t come to school just to be scared to come to school,” he said.

Neither he nor any of his friends had experienced discrimination from police, Sanchez said, adding, “I feel safer, and not only me — my friends, too.”

One parent who declined to give her name said she was relieved by the school board’s decision, and that she had even considered pulling her sophomore son out of the district after the earlier move to remove police from campus.

The Pomona move also arrives on the heels of two recent high-profile cases involving school safety officers’ excessive use of force. In one, a Lancaster High School student alleged that she was slammed to the ground by a deputy at school after refusing to give him her phone. The student, 16-year-old MiKayla Robinson, has filed legal claims against the Los Angeles County Sheriff’s Department and her school district.

The other case involved the fatal shooting of 18-year-old Mona Rodriguez by a Long Beach school safety officer in September. The officer, Eddie F. Gonzalez, fired at a moving car in which Rodriguez was a passenger, striking her in the head. He is now facing murder charges.

Board member Adrienne Konigar-Macklin said during the Oct. 20 meeting that she hoped to reach a “middle ground” so that the district can provide safety and security for students without “treating them like they’re in a containment center.”

She also advocated strongly for school resource officers to be trained in crisis intervention and management, and said the board could consider having the officers in different uniforms so they are not viewed as a police presence.

Some in the community were not appeased by those steps. At Gente Organizado’s Youth Center in downtown Pomona on Wednesday, director Arleen Yaz Alonso hoped district officials would consider alternative options, including mental-health-based resources on every Pomona campus. 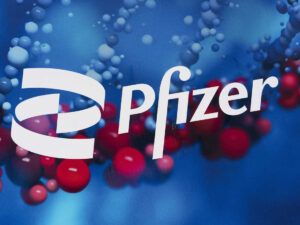 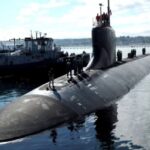 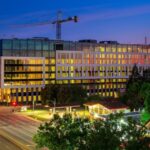