Politicisation Of The Great Lockdown Result Of “TINA”-Economic-Ignorance & Censorship 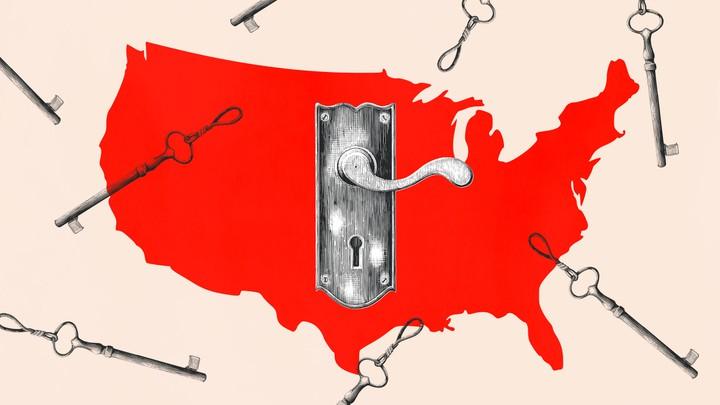 Authored by Ramin Mazaheri for the Saker Blog,

In the United States questioning liberal economic ideology is not tolerated, so when the latest inevitable economic bust in capitalism occurs it is little wonder that their society talks about everything except economic ideology. They spend their time inventing and discussing non-economic solutions to economic catastrophes, which is precisely how their fundamental weaknesses and inequalities only get worse and worse.

Now we are talking about the murder of George Floyd, police brutality and White supremacy – these are old but still important issues, but they are also certainly issues which will not lead to systematically redistributing one cent towards governmentally-abandoned African-American areas.

The fall of the USSR and the triumphant parades led by banners bearing TINA – There Is No Alternative (to neoliberalism and neo-imperialism) – encouraged Americans to throw away their textbooks on the “dismal science” of economics. “Yeah,” they said, “Marx might have been interesting in his day, but it’s all over now – get with the times: it’s the economy, stupid! (whisper) But seriously – don’t openly question liberal economic ideology.”

For those of us following the data it has become quite clear: “Everything Bubble 2” is a great pica-saving handle to describe the 2020 Western economy, but it gives the wrong impression that what’s going on is just a repeat of 2008 (when Everything Bubble 1 popped) – it’s actually much worse. Nobody expected Everything Bubble 2 to be popped by something as economically-suicidal as a Great Lockdown, but we now have no choice but to add the effects of the two together, so… wow… we just cannot say that this is like 2008, or 2001, or 1929, or any other era.

But in the US you can’t say anything about ideological economic direction, of course. This leads us to two realisations about their society which are now obvious to all:

1) By abandoning economic ideological debate for three decades Americans can only politically snipe each other to death in 2020 because they simply cannot intelligently discuss economics, much to the glee of the 1%.

2) By censoring ideological debate the US is unable to devise new solutions to the latest capitalist bust, so in order to end this very atypical capitalist bust they are vainly reapplying previous solutions: hyper-partisanship, militarism and economic ideological totalitarianism.

Combine these two realisations and it’s clear that the American solution to their 2020 economic crisis is militarist in nature: Militarism against those who disagree with the Mainstream, militarism to guide the economic way out, and militarism towards the Covid-19 germ as well. As a result of the George Floyd murder we may even add a fourth militarism – though one which will surely end after the November presidential election – militarism against anti-Black racism.

Why would this “solution” of militarism be a surprise to anyone?

Americans today have only one solution for domestic or international failure – declare war on the other guy, even if he is a fellow citizen.

This economic crisis is so bad for the already-weakened West that one would think the economic debate for its solutions would have never become partisan. (Considering that both mainstream parties agree on TINA – what was there to argue about economically, anyway?) Georgia, Florida and Texas have cities just as dense as Illinois, Michigan, California, New York and New Jersey, but it can’t be a coincidence that this latter camp of blue-states remain economically closed with a severity and duration seemingly unparalleled in the world.

It is as if working with the other side – even for the good of the nation – implies risking a deadly (moral) contagion? It’s as if doing a single thing Trump did, suggested or supported makes one an irredeemable “deplorable”? It’s as if losing an election this November is a bigger catastrophe in the minds of politically-involved Republican and Democrat citizens than the unprecedented capitalist catastrophe of having over 40 million unemployed people?

All I can say is: LOL you can’t possibly run a nation that way. I am as political as anybody, but if unemployment was 25% my primary motivation would not be getting credit at the polling booth!

So it’s an amazing proof of how undesirable the American cultural-political-economic model truly is when we observe how the re-opening of their economy has become such a politically-polarised issue.

That may or may not be old news to many, but here is something which is never discussed: This seeming “militarisation of political partisanship” is predicted on confining mainstream political discussion solely to exactly that – the alleged importance of political partisanship. Western culture’s proclamation of TINA, the chucking out of economic textbooks and censoring “time-wasting” economic debate has thus given two-party political affiliations an entirely outsized place in US culture.

And TINA was always going to be especially fatal for heterogenous Western societies: In a country like Iran, which is 90% Shia, or homogenous & self-segregated Japan it’s perhaps not necessarily economics which can hold the title of “champion of societal unification”, but in the very heterogeneous West economic class clearly provides the broadest basis for life-saving and nation-saving unity. (The West’s White supremacists will sputter that, “It didn’t used to be this way here!” Who cares? It is this way now for your children, and it was only ever not “this way” because of massive segregation.) National unification may be rejected by Trotskyists, but not everyone wants to see the nation founder in response to every serious crisis.

But by rejecting discussion of economic unity (a.k.a. class warfare against the 1%) the West could only logically choose to emphasise other factors in its place, i.e. political, cultural, ethnic, sexual, gender and religious factors, all of which (for their heterogeneous societies) are inherently less unifying and even quite controversial. In a crisis this disunity is not just readily apparent but leads to tangible disaster – certainly the West is currently burning in crisis.

The problem goes deeper than their facile blaming of only the political and media classes: there are many everyday American citizens who clearly want to increase the stranglehold of this economic crisis in order to oust Trump or just their local incumbent. In 2020, because they are not in power, it’s logical to agree that Democrats are acting the most desperately and power-hungrily. However, it’s not as if Republicans are promoting consensus, unity and high ideals – of course they are using the economic crisis to achieve the neoliberal tenet of slashing government ranks down to just cops and fire departments.

It is not an exaggeration to say that by removing economics from the discussion US political culture has become not “militant” – which has positive connotations of ideological purity – but “militarist”: Democrats and Republicans are going on the war path to stoke problems instead of focusing on societal unity amid this unprecedented crisis.

You couldn’t honestly talk about imperialism with an American in 2019, and it’s not like they want to hear about it now; nor can you honestly talk about capitalism with an American despite its current epic fail; in June 2020 they want to talk only about how their political party is superior, and how corona is the new Black Plague, and now they’ve added a new problem they’ve recently discovered: police brutality against Blacks.

The problem of this faux-militancy, which has such a gaping intellectual void (the lack of an economic component), is similarly and glaring obvious in the centuries-old militarisation of imperialist US culture: War on Indians, war for/against slavery, war on socialism, war on Soviet-led communism, war on poverty, war on drugs, war on Muslims – the US solution of “war on corona” is thus not at all unique for them.

The new – and probably temporary – “war on police brutality” is certainly necessary but cannot possibly reach the halls of power nor the ears of the US vanguard party of bankers.

The solution in US corporate fascism is always war, but conquering corona yields no booty

The real economic ideology of the US is – of course – corporate fascism, which is why their military-industrial complex had a ready solution to the 2001 Y2K/dot.com bust via declaring war on the Muslim world. Very profitable indeed, and it allowed their Pentagon-planned economy (the Pentagon is the world’s largest employer) to continue organising the very unequal US economic redistribution.

In 2020 Everything Bubble 2 was popped by the Great Lockdown and a new war was declared: against corona. As if Red men with tomahawks had amassed just outside the picket-topped fort, Americans threw themselves wholeheartedly into this battle for self-survival. Now, as the stock market has been boosted with taxpayer QE money back to pre-crisis levels, Americans are (kind of) throwing themselves into a battle against police brutality as well.

Declaring war is what American culture does, period.

What does war do? It rallies around the flag – for countries who were not inspired by 1917 it is truly the “champion of societal unification” – but there is no booty to be had this time: no new frontiers to provide cheap land; no new resources to allow Western manufactures to be made more cheaply; no oil; not even any way to use US taxpayer money to pay mercenaries in order to boost the stock prices of Pentagon-linked corporations.

Americans need to realise that “keep-capitalism-alive-through-jingoism” is a primary pillar of imperialism, and that true patriotism is never allowed in neoliberal capitalism – thus their hyper-partisanship today. War also provides a useful distraction from endemic economic inequality, which is why this “endless war” ruse has been going on across the anti-socialist West ever since WWI.

The West has thrown themselves into the war on the corona germ, but their lower classes are screaming that this war is economic suicide. Once the war on corona is over – even if the West extends past the “surge” this fall or even into 2021 – economic ideology will finally have to be discussed.

But the West doesn’t ever have to do that intelligently – they were the economic ideological winners, right? 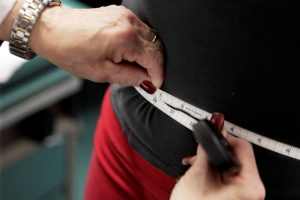