Owner of Irish pub that opened on St. Patrick's Day despite coronavirus order charged with misdemeanor A South Pasadena Irish pub opened up on St. Patrick’s Day in defiance of coronavirus shutdown orders. Now its owner could face up to 90 days in jail or a $1,000 fine.

Angry residents outside the restaurant and on Facebook immediately criticized the festivities apparently going on inside. On Wednesday, the L.A. County district attorney’s office announced that the pub’s owner, Joseph Patrick Griffin of Lake View Terrace, has been charged with a misdemeanor for allegedly violating the countywide coronavirus order.

If there was a party at the pub that day, it didn’t go smoothly.

South Pasadena police first visited the pub at 12:48 p.m. to tell Griffin, 57, that his business could serve only takeout and delivery. At 3:08 p.m., they returned and issued a health and safety code citation. About 7 p.m., officers — this time joined by a representative from the L.A. County Department of Public Safety — made their third and final visit, issuing yet another citation before Griffin shut things down.

In a video posted to Twitter by Josh Albrekston at 6:45 p.m. that day, police were shown standing outside as customers ate and Irish rock music blasted within.

The one bar in South Pasadena, Griffins next to the train station, was having a Saint Patrick’s day party. I opened the door and screamed at them that they were all sh!tty horrible people. The cops with County Health came 5 minutes later to shut them down. pic.twitter.com/ePYMoSJsf5

A news release from the district attorney’s office laid out the charge.

“During the order mandating the closing of bars that did not serve food and other nonessential businesses, the bar allegedly opened its doors, served customers and offered live entertainment,” Public Information Officer Ricardo Santiago said in the release.

Griffin did not respond to requests for comment Wednesday. He previously told The Times he did not know the pub was supposed to be closed because of the rapid influx of coronavirus health orders. On March 16, the city of South Pasadena followed the county’s lead and issued its own order halting dine-in restaurant service.

South Pasadena City Manager Stephanie DeWolfe said at the time that the “health and safety of our community comes first. Los Angeles County is the most populated county in the nation, and the more we can do to limit our interactions will help to curb the spread of coronavirus.”

Griffin told The Times then that he had advised customers to make only takeout and delivery orders and to not eat on the premises. The pub’s day was set to start with a 7:30 a.m. all-you-can-eat Irish breakfast and roll on with two bands, its event calendar shows.

“I didn’t hear any complaints until the day of, and I firmly believe those came from other area businesses and from a few people determined to shut us down,” Griffin said.

Comments made on a “Happy St. Patrick’s Day” post on the restaurant’s Facebook page chastising the owner for opening paint a different picture of a vexed community.

“You put the community at risk for money,” read a post from Mitzye Ribas.

“This is exactly why all of these hard decisions were made … to prevent people from potentially spreading Covid-19,” said another, from Malinda Fong Vargas. 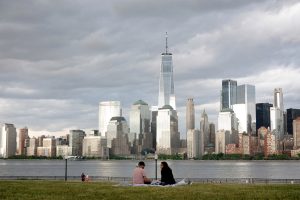 NYC freezes rents for all regulated units in response to coronavirus 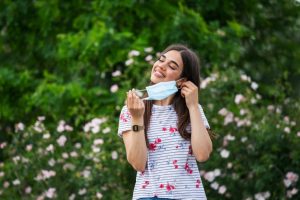