Our schools fail to teach democracy

We are making advancements in education in the areas of diversity, equity and inclusion, social emotional learning, fairer assessments, and enhanced career and technical education, to name just a few. But we have many challenges ahead. I am thinking specifically of the challenges to our democracy and the role of education.

A fundamental faith in democracy seems to be lost. Many people no longer accept voting, elections, free speech and discourse as pillars of our democratic system.

Our politicians lie to the public, and the public readily accepts those lies as truth. For example, millions of citizens are told to reject legitimately cast votes and claim there has been tremendous election fraud. The public cannot easily discriminate between truth and fiction. Studies show that approximately 40% of Americans think there was widespread fraud in the recent election despite the facts showing that is false.

Some politicians tell the citizens to pay no attention to scientific evidence and reject, for example, that masks work to protect the public from COVID-19.

These are just a few examples of how some of our citizens have lost or never had critical thinking skills, faith in or knowledge of scientific method, and the ability to analyze and debate topics. Our citizens are too ready to accept false arguments and are unable to discern the difference between truth and falsehood. Conspiracy theories are readily adopted.

How has this happened? It may be too easy to blame the educational system, but that seems to be the logical place to start. We do not sufficiently teach critical thinking skills, character, citizenship, understanding truth, reasoning and rational thinking. We do not adequately teach about democracy and its critical and fragile role in our country. Our students do not understand what it means when we speak of the democratic experiment. They do not understand the differences between democracy and authoritarianism. They do not know why democracies invoke the rule of law.

This is despite the New York State Social Studies Learning Standards, which outline an ambitious K-12 framework in civics, citizenship and government. According to these standards, “The study of civics and citizenship requires the ability to probe ideas and assumptions, ask and answer analytical questions, take a skeptical attitude toward questionable arguments, evaluate evidence, formulate rational conclusions, and develop and refine participatory skills.

If students understood and accepted these concepts, I would have more faith in education. I am not interested in a debate on standards, but rather see these ideas as providing a way for teachers to engage their students in challenging and thoughtful discussions, reading materials, videos and classroom activities such as debate. Hopefully, this happens in many classrooms. But there are societal indicators that these approaches are not being implemented sufficiently.

This approach has nothing to do with political parties, but is larger and more critical in perpetuating democracy, a goal that all people, regardless of political persuasion, must embrace.

Stephen Gessner is an outgoing board member of Eastern Suffolk BOCES and a past president of the Shelter Island School Board. 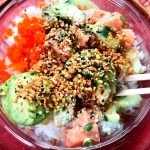 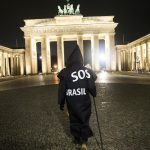 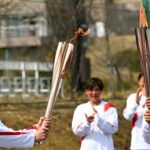