Opinion: The best way to check Trump is to vote him out of office 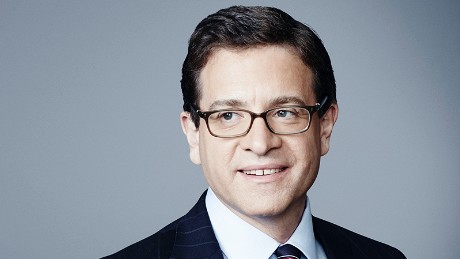 Critics have been warning for months that a desperate Trump might try to use the pandemic to delay the election — or delegitimize the results and refuse to concede if he loses. In classic Trumpian fashion, the President said the quiet part out loud and openly threatened our democracy.
To be clear, the US has never delayed an election before, even in the middle of the Civil War or the 1918 influenza pandemic.
The President’s tweet was met with predictable outrage. Even the arch-conservative Steven Calabresi, co-founder of the Federalist Society, an organization that formed in the 1980s to nurture a network of conservative judges, was moved to publish an op-ed in the New York Times. “Until recently, I had taken as political hyperbole the Democrats’ assertion that President Trump is fascist,” he wrote. “But this latest tweet is fascistic and is itself grounds for the president’s immediate impeachment again by the House of Representatives and his removal from office by the Senate.”
Others tried to offer legal comfort, arguing that the President does not have the constitutional authority to delay the election. Article II of the Constitution gives Congress the power to decide when elections take place and federal law stipulates that it must be held on the first Tuesday after the first Monday in November. Other experts pointed out that under the 20th Amendment, the President’s term would expire on January 20 the year after a general election.
In other words: Don’t worry, the system will hold. President Trump can’t go there. 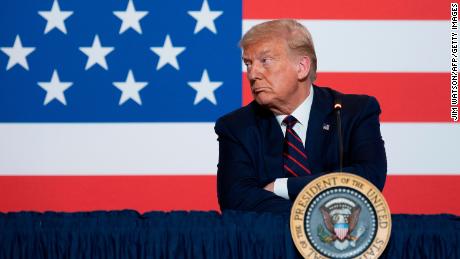 How many times have we heard this since January 2017? How many people have continued to put their faith in our government’s ability to keep an unruly President in check?
Over the course of his presidency, we’ve seen Trump repeatedly abuse and misuse his power — often without consequence. Just take a look at his Twitter feed, which he has used to bully his enemies, share conspiracy theories, attack the media, and spew thinly veiled racist comments. While Trump’s blistering rhetoric goes well beyond what we might expect from a President, most Americans have come to accept this as the new normal.
But this problem goes beyond a few tweets — Trump has perpetually spread disinformation, and his war on science during the pandemic has proven to be particularly dangerous. He has used his White House press briefings to make false claims about how Covid-19 will “disappear,” and mocked the use of face masks, despite the guidance issued by his own public health experts.
Instead of using the powers of his office to provide personal protective gear for doctors around the country, Trump issued calls to “liberate” several states in lockdown, which only pushed the country deeper into this public health crisis. The administration failed in its response to the pandemic, and there is a massive resurgence of the virus throughout the South and Midwest. More than 150,000 people have died, the country faces a looming economic crisis and school reopenings hang in the balance.
Then there are his policies. His family separation policies created deplorable conditions for young children. He turned to emergency powers to fund a border wall that Congress did not support. Most recently, he sent federal agents to Portland to forcibly put down citizen protests and threatened to do the same in other cities. 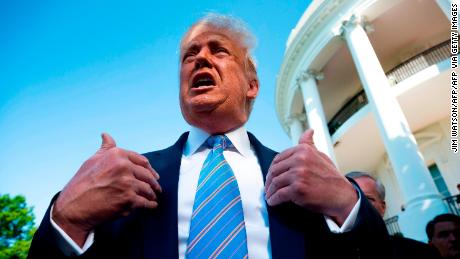 Let’s not forget: the nation sat through an impeachment that revealed the President was willing to accept the help of foreign powers to obtain dirt on his political opponent — and it all ended with Senate acquittal.
To be fair, there has been some pushback. When the President issued an executive order imposing a travel ban on predominantly Muslim countries, the federal courts stepped in to block it, although it was retooled and eventually upheld by the Supreme Court. When Trump’s Ukraine scheme became public, House Democrats moved forward with impeachment despite the political risks, and Sen. Mitt Romney took a stand as the sole Republican to vote to convict Trump of abuse of power.
Overall, however, the President has not been checked. His caustic rhetoric is the new norm, and in most cases, the GOP has maintained its support of the President, preventing any sort of bipartisan response to Trump’s most egregious behavior. There is also the reality that executive power has been allowed to become so grandiose in recent decades that there is little Congress or the courts can do to stop someone like Trump.
The upcoming election is our biggest opportunity to check a runaway President. But Trump is now going after a core pillar of our democracy. The danger goes beyond the tweet — Trump has already opposed universal mail-in voting that would promote turnout and ensure Americans can cast their ballots safely during a pandemic. He has continued to support voting restrictions and spread unsubstantiated claims of voter fraud, actions and rhetoric that will chip away at the legitimacy of the result.
While the Department of Homeland Security has released a strategic plan to protect the 2020 elections, Republican political consultant Stuart Stevens floated a hypothetical scenario on Friday and tweeted: “Trump can’t cancel an election? Ummm. Ponder this: Trump orders DHS to impound ballots in Dade County on Nov. 1 after ‘reports’ of ‘irregularities.’ Who stops them? Courts order return. But ballots now declared invalid. Chaos. Florida revote? What would Barr do? Republicans?”
Trump’s tweet about delaying the election should be treated as a serious threat.
Will anyone do anything about it before it is too late? 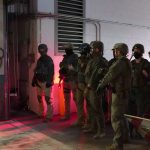 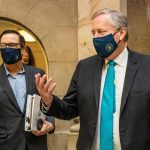