LOS ANGELES — The California Highway Patrol contended with protesters on Thanksgiving eve as officers forcefully removed people who had taken over vacant state-owned homes in a Los Angeles neighborhood.

The group Reclaim and Rebuild Our Community said its members occupied the houses in El Sereno on Wednesday, and the so-called “reclaimers” included families with infants who had previously been living in cars and encampments.

Around 100 CHP officers who had assembled nearby to remove the occupants were met by activists who lined up to try to prevent law enforcement from driving away with their members.

The California Department of Transportation, or Caltrans, owns 163 vacant dwelling units in eastern Los Angeles County, according to the Southern California News Group. The properties mostly include single-family homes and were obtained by the state decades ago for use in a since-abandoned plan to expand a freeway.

Matt Rocco, a spokesman for Caltrans, said the agency requested the CHP “remove trespassers so that the properties can be re-secured and boarded up” because they “are unsafe and uninhabitable for occupants.”

Videos posted on social media showed officers using battering rams to knock down doors of the houses and carrying people out into the yard, where one person appeared to be hogtied. Social media posts from activists said the removals continued on Thursday afternoon.

“I am disturbed, distraught and shaken watching a video of a 17 year old child being hog tied the night before Thanksgiving for nothing other than being homeless,” tweeted Sasha Renée Pérez, mayor-elect of Alhambra, a small city nearby.

The CHP did not respond to requests for comment, but NBC Los Angeles observed at least three people being detained Wednesday evening.

Los Angeles City Councilman Kevin de León, who represents El Sereno, criticized the use of “physical methods of enforcement” in a statement and called Wednesday’s removals “heartbreaking and unacceptable.”

Homelessness in Los Angeles had surged even before the coronavirus pandemic, thanks to rising rents and a housing shortage. There are at least 66,433 people without a place to live in Los Angeles, according to a count done in the spring.

Activists occupying the Caltrans-owned dwellings said they wanted Gov. Gavin Newsom to intervene and allow homeless families to stay in the houses to comply with state and city directives to stay at home during the pandemic.

Newsom’s office did not respond to a request for comment Thursday.

In January, a group of women in Oakland, calling themselves Moms 4 Housing, were kicked out of a vacant house they had occupied to draw attention to homelessness in the Bay Area. They were allowed to return after the property owners agreed to sell the house to the Oakland Community Land Trust, a nonprofit that buys and fixes up property for affordable housing.

Reclaim and Rebuild our Community wants to see a similar arrangement in Los Angeles with the Caltrans-owned dwelling units going into the hands of the El Sereno Community Land Trust.

Tyler Kingkade is a national reporter for NBC News, based in Los Angeles. 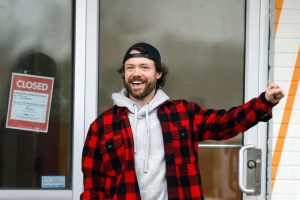 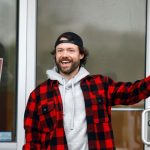 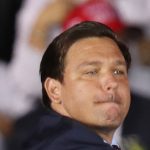