QUEENS, NY– Too often in today’s media, law enforcement officers are unfairly portrayed as the bad guys, out to hurt innocent people.

The following story is just one example of many that shows the courage it takes to put on the uniform, or in this case, wear plain clothes, and jump into action to help save lives.

NYPD Officer Jason Maharaj from the 77th Precinct, was a customer in his local deli. He witnessed a 63-year-old homeless man enter the store and begin to argue with 26-year-old store employee Mohmediyan Tarwala. The suspect was then asked to leave the store, according to authorities.

The man, later identified as Steven Cohen, returned shortly after and fired a gun into the store, striking Tarwala once in the stomach.

Police say he also fired at a second, 32-year-old store employee, who was not hit. This is when Officer Maharaj jumped into action.

The hero cop ran outside and tackled the alleged shooter, wrestling the gun away from him, police said. Maharaj then held the suspect until on-duty police arrived, police said. The suspect was then taken into custody and recovered a Colt .45 handgun at the scene, sources said.

Tonight, off-duty Police Officer Maharaj from the @NYPD77Pct was in a deli in Queens when a suspect started shooting at a customer. The officer quickly sprang into action, tackled the suspect, disarmed him & held him until uniform officers arrived. pic.twitter.com/GRMxZpmbZT

“While he’s inside, he hears a gunshot,” Police Commissioner Dermot Shea said Tuesday of Maharaj’s actions.

“And when he looks, he sees the individual with the gun and makes a tactical decision — [he] tackles the individual, gets the gun [and] holds him for the responding police officers.”

“And as I said, tragically, the individual who was shot, his life could not be saved, but you know, [I’m] awfully proud of the work of the police officer, [his] heroic actions,” the top cop added.

Tarwala, of Kissena Boulevard in Queens, was rushed to Jamaica Hospital Medical Center, where he later died of his injuries.

Officer Maharaj has been on the NYPD force for two years . The department touted the takedown by one of its off-duty members on social media:

Officer Maharaj is just one of many in the Blue  family that have run towards danger instead of away from it. Read on:

KNOXVILLE, TN – When the flames erupted, many people stood by and watched. But one off-duty cop, who was out running errands, sprang into action.

According to a Knoxville news station, University of Tennessee Police Corporal Kyle Botica was on Interstate 40 in Knox County when he saw a truck with a fifth-wheel camper under an overpass. A brake fire had spread and engulfed the camper.

Off duty on Wednesday, @UTPolice Corporal Kyle Botica came across a fire on the interstate. Seeing there were no emergency vehicles nearby, he stopped.
Thanks to training & instincts, Botica helped save a life when a citizen who was helping collapsed at the scene.
More on #wbir pic.twitter.com/00HX3iGhUq

He said that it was simply his training kicking in.

“You kind of get wired to see a problem and try to help when you do, at least for me personally. I’d also rather do something than go by and regret not doing something.”

Botica and another motorist worked together and were able to disconnect the goose-neck, allowing the owner to pull his vehicle away from the fire. As they were moving people away from the area, the man who assisted Botica collapsed.

He and another bystander were able to move him to a safer location. When Botica went to evaluate the unresponsive man, he had no pulse.

It was just a normal Wednesday afternoon for UT Police Corporal Kyle Botica, until he came across a burning camper. https://t.co/EUVG2U2BDE

He immediately began CPR. An off-duty nurse at the scene monitored breathing and pulse while the Corporal handled the chest compressions. Once arriving on the scene, the Knoxville Fire and an ambulance crew took over, transporting the man to a local hospital.

“Myself and some of the other people who were there, picked him up and moved him further away from the fire. I think he was probably only like 30 feet from the trailer when he fell.

“I couldn’t get a pulse off of him and I couldn’t see him breathing. A nurse who was there, I don’t know who she is, I don’t know her name or anything, um, she was at his head and counted for me. She had a little portable mask with her and actually gave breaths.”

The following video is courtesy of WATE ABC 6.

Knoxville Fire Department Assistant Chief Mark Wilbanks sent a message to the University of Tennessee police department. In that message he highlighted Botica’s efforts as what likely helped to save the man’s life.

“A lot of people will tell you this if you talk to people in law enforcement. That’s why I chose law enforcement as a career. I saw it as a really good opportunity to help people when they need help.

“You know, it makes you feel good obviously when you get to accomplish that.”

But, Botica was quick to point to the other people, with no medical or law enforcement training that had stopped to help, potentially putting their own lives in danger to help someone they didn’t know.

“I also want to thank other people who showed up. It’s not something everyone does, and so it’s very admirable that multiple people stopped to help complete strangers and put themselves potentially in harms way to do so.”

He also had a message for two people in particular.

UTPD Corporal Kyle Botica was off duty and on his way to run errands yesterday afternoon when he drove past a burning camper trailer on Interstate 40 west. His quick action to give CPR to a man who collapsed saved his life. More: https://t.co/mgrQAJRtuo pic.twitter.com/MWK4ntO6Xm

The first was the nurse who assisted him:

“Nursing’s another career you choose to help people and you put yourself under a lot of stress to do that. And I really appreciate her work, her help. It made things a lot smoother and it very well likely helped that man survive.”

Lastly, he spoke in reference to the man who suffered the heart attack.

“He was there to help people he didn’t know and he obviously put himself in legitimate harms way to do so. It’s always encouraging to see people who don’t have the training that I have and don’t have that built-up response where they just kind of automatically go.

“To see them doing that too is just really encouraging.”

Just another in a long line of officers saving lives while some across our country want to defund, dismantle and abolish police departments across the board.

This type of heroic effort is common in law enforcement, but this type of action hardly makes the national news reel. It hurts the “defund” narrative, so why would they air it.

We are one of the few groups with a nationwide audience that will share this type of story with you. And we share it with no regret.

Law Enforcement Today wishes to recognize these fine officers who truly went above and beyond in the call of duty to save lives.  We are all proud of you! 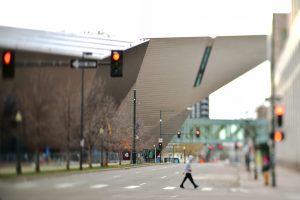