No masks and no back up measures: How the White House became ripe for an outbreak 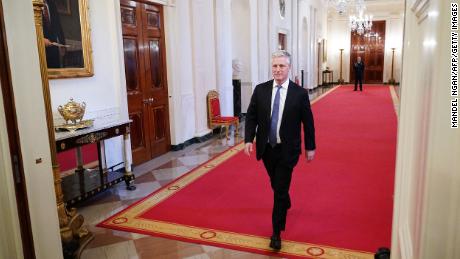 “Come on over here,” Trump beckoned cheerfully. “Come here fellas, get over here. I want a little power.”
As the local sheriff approached Trump, the President’s longtime body man Johnny McEntee stepped in and put his hand out: “We gotta just keep a little — “
“If you will, just try to keep your distance,” White House chief of staff Mark Meadows interjected as the President’s lead Secret Service agent moved to place himself between the President and the local officials.
Neither Trump, Meadows, McEntee, nor Trump’s Secret Service agent were wearing masks. As they worked to create a bubble around the President, Trump’s aides were simultaneously piercing it themselves, coming within inches of potentially contagious local officials before piling into a helicopter and airplane with Trump.
The late-summer episode hardly registered at the time. But two months later, as the virus ravages White House staff and Trump remains isolated with the disease himself, it seems illustrative of woefully inadequate efforts to keep both Trump and those surrounding him healthy.
Trump has sought to cast his coronavirus diagnosis as the inevitable outcome of courageous leadership in the face of the pandemic. “I knew there’s danger to it, but I had to do it. I stood out front. I led,” Trump said in a video message he recorded after he returned to the White House on Monday night. On Wednesday, he called his diagnosis a “blessing from God” because it opened his eyes to potential treatments.
In reality, the President’s infection was the predictable result after months of blatantly disregarding basic public health guidance. While aides took steps to keep Trump from catching coronavirus, the White House’s ultimate failure and the ensuing West Wing outbreak can be tied to an over-reliance on rapid coronavirus testing and disregard for the most basic and effective public health measures that have become second nature to most Americans: wearing a mask and social distancing.
“It’s a question of layering all of these really imperfect interventions on top of each other. No one thing is going to work itself,” said Dr. Celine Gounder, an epidemiologist and CNN medical analyst. “They should’ve all been wearing masks as a backup for the possibility that some cases, some infectious persons got through the testing program.”
Instead, the President and his aides overwhelmingly rejected mask-wearing and social distancing, claiming the White House’s testing protocols made those steps unnecessary even as they relied on rapid antigen tests that deliver results in minutes but deliver a higher rate of false negatives.
And as a result, the virus has ripped through the President’s orbit, infecting in the last week 19 White House officials and political allies who have been in close contact with Trump.
Experts say the White House should have mitigated the inevitable faults in its testing system by implementing other common sense measures such as mask-wearing and social distancing, which could have prevented or at least lessened the outbreak at the White House. Even surveillance techniques such as taking the temperature of people entering the White House campus were discontinued months ago. And hundreds of officials who are not in daily contact with the President, but regularly interact with officials who are, were not regularly tested.
“The White House would not have turned into a hotspot had they implemented these measures,” Gounder said. “With all these measures in place, there may still have been a case or two. But you would not have had this huge cluster of cases.” 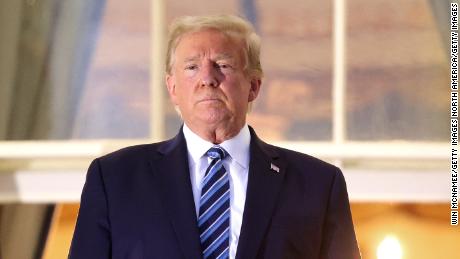 While Trump himself has been described by aides as the “most tested man in America,” it remains unclear how often he actually received testing or whether he was undergoing the level of surveillance his team led the country to believe.
White House officials have repeatedly declined to say when his last negative test was before he tested positive, information that could help determine who he potentially exposed to the virus but also reveal the lackluster mitigation efforts the White House was employing ahead of his hospitalization. The White House’s refusal to disclose that information raises the prospect that Trump was not tested before his debate with Joe Biden last week or before traveling to a rally and several fundraisers on Wednesday and Thursday.
Ultimately, the regularity of Trump’s tests was unknown to most White House officials, who say they trusted the building’s leadership to ensure he was being properly monitored for contagion. While senior aides said they were tested on a practically religious basis, they never saw Trump himself receive the test — a fact they wrote off as related to medical privacy.
Instead, it appears Trump and his aides relied on an assumption that if those around him received regular negative tests that he would remain healthy — a conjecture that fell apart over course of last week.
White House officials have pinned the likely nexus of the outbreak — and the site of Trump’s likely infection — to the Rose Garden ceremony announcing the nomination of Amy Coney Barrett as Trump’s Supreme Court nominee and the smaller reception held indoors right after the event. More than a dozen attendees have since tested positive.
The dates of Trump’s subsequent tests for coronavirus are entirely unknown. He spent the next few days both preparing for the first presidential debate and traveling extensively throughout the country, including that night.
Trump traveled to the first presidential debate in Ohio two days later, and members of his entourage refused to wear masks in the debate hall. One of the hosts, the Cleveland Clinic, said in a statement that it required both candidates and those traveling with them to certify they had tested negative ahead of the debate — but said the responsibility for the tests rested on the campaign’s respective medical teams.
The White House has declined to say how far in advance of the debate Trump tested negative.
“I don’t know when he last tested negative,” the White House’s deputy communications director Brian Morgenstern said Wednesday. “We’re not asking to go back through a bunch of records and look backwards.”
Trump himself has actually been more forthcoming than his aides on the degree he is tested. After his press secretary lied to reporters that he is tested “multiple times a day,” Trump clarified that he receives them less periodically.
“I do take probably, on average, a test every two days, three days,” he said this summer. “And I don’t know of any time I’ve taken two tests in one day, but I could see that happening.”
Several officials who have received the test said it was often administered in the Eisenhower Executive Office Building, next door to the West Wing on the White House grounds. A medical official swabs each of the staffer’s nostrils and informs them that they’ll be notified only if it’s positive. Similar measures were taken for members of the press who could potentially come into contact with Trump. 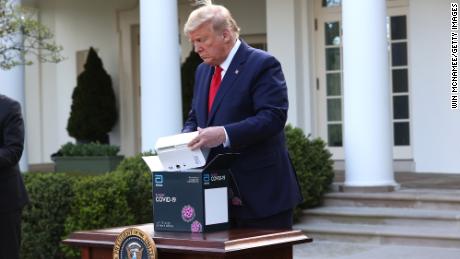 When data emerged months ago the Abbott Laboratories test the White House was relying upon had high levels of false negative results, concerns emerged among staffers that their safety could be at risk.
“We’re providing guidance to the White House regarding this test,” Food and Drug Administration Commissioner Dr. Stephen Hahn said at the time. “We have been on an ongoing basis and we will continue to do that. This will be a White House decision.”
Yet the White House did not change its practices; officials said the convenience of the rapid test, which does not require a deep nasal swab and produces quicker results, outweighed its downsides.
Trump himself appeared unconcerned that the Abbott Laboratories test could be faulty.
“No, Abbott’s a great test. It’s a very quick test and it can also be very rapidly double-checked,” he said in the Rose Garden over the summer. “If you’re testing positive or negative, it can always be double-checked.”
So confident in the test were Trump and his team that activities out of reach for nearly the entire country became commonplace — a luxury of sorts for those with access to rapid diagnostics.
When Trump invited lawmakers to Camp David in late spring, all were tested before making the two-hour drive into the mountains. While there, social distancing and masks were entirely absent, including in the cozy cabins and lodges where the group convened.
As Trump began traveling over the summer, White House medical teams preceded him to test people who might be nearby when he convened roundtables or attended fundraisers.
It’s also clear that Trump’s personal disdain for masks, the efficacy of which he has questioned despite clear scientific evidence, has had a top-down effect on the culture inside the White House, making top aides who interact with Trump less likely to wear them — and in turn their subordinates as well.
At some events, White House staffers actively encouraged participants to remove their masks before Trump arrived, aware he disliked the look and had trouble hearing people when they were speaking through face coverings.
Aides described it as their responsibility to keep Trump safe — and not the other way around — even as his own testing history remained vague.
“I, myself, I’m not prepared for an acting President or a President Pelosi, so I’ll wear a hazmat suit — you know, red and ruffled and belted, but a hazmat suit — with the President and Vice President if I need to avoid that unfortunate occurrence,” then-senior adviser Kellyanne Conway said in May. Conway, who left the White House but assisted in debate prep, tested positive last week.
Ultimately, officials seemed blind to the notion that even those who had tested negative could still at some point be exposed before their next test — and transmit the virus to others.
And Trump himself has not appeared any more cognizant of mitigation techniques despite his own brush with the disease. His first act upon returning to the White House was to peel off his mask and stuff it into his pocket. And aides were preparing for him to return to the Oval Office by Wednesday. 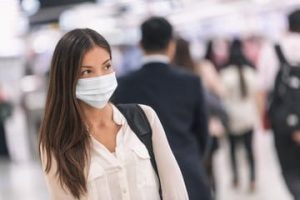 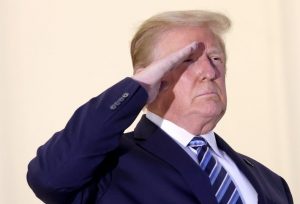