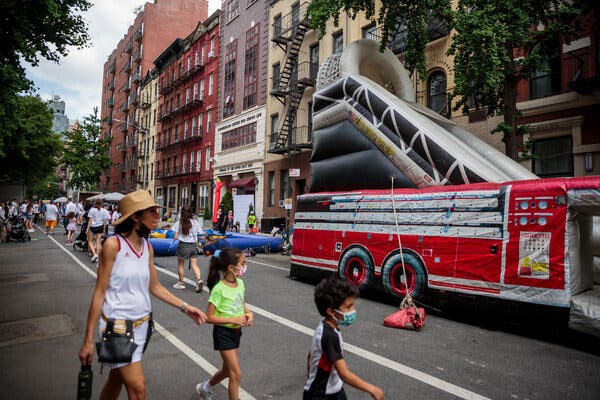 Weather: Sunny early, with a chance of afternoon thunderstorms. High around 90.

People are returning to restaurants and shops. Crowds are swarming sidewalks and parks. Recent weeks have brought a liveliness to New York City not seen in months, ushered in by warm weather, widespread vaccination and coronavirus positivity rates dropping to their lowest levels since the pandemic began.

For those planning celebrations, however, the picture is more complicated.

After a year of cancellations and delays, say event planners, venues and caterers, people still appear to be cautious about planning large gatherings.

“As Covid has shown us, when you think you’re all right, it pulls you back in,” said Roberto Santiago, director of Orensanz Events, a venue on the Lower East Side of Manhattan that hosts gatherings like weddings and fashion shows. “So we just have to see.”

[Some people, fearing continuing virus problems, are not ready to celebrate just yet.]

State and local officials have announced waves of good news recently. On Sunday, Gov. Andrew M. Cuomo said that the seven-day average statewide rate of positive test results was 0.47 percent — and that it had declined for 62 days in a row. Mayor Bill de Blasio said on Friday that the city’s 0.78 percent positivity rate was the lowest recorded since the pandemic began.

More than 54 percent of state residents have received at least one vaccine dose.

“With warm weather coming in throughout the state, it is extraordinary to see New Yorkers making sure Covid numbers drop to these new, record lows,” Mr. Cuomo said.

But some people are still hesitant to celebrate. Families are pushing quinceañeras and Sweet 16s off until next year, for example.

At the Ganesh Temple in Flushing, Queens, a Hindu place of worship officially known as the Sri Maha Vallabha Ganapati Devasthanam, the director, Ravi Vaidyanaat, said that no couple had booked a wedding in May and that he still had plenty of slots open the rest of the year.

“This year, people are just not planning anything,” Mr. Vaidyanaat said. “They’re scared of the new variants.’’

Not everybody is holding off.

David Zaitschek, who organizes bar mitzvahs and other events for children in New York City and on Long Island, said he was seeing “bigger demand, but people are waiting till October for bigger indoor events.”

Kathryn Garcia Doesn’t Want to Be Anyone’s No. 2

Wiley Wins the Progressives: 5 Takeaways From the N.Y.C. Mayor’s Race

Anthony Weiner’s Not Coming Back. But He Has Nowhere to Go.

Young New Yorkers want the next mayor to focus on improving schools, student wellness and climate change. [The City]

New York state officials said masks would be required for indoor instruction in schools and camps until federal officials responded to a request to change the policy. [NBC New York]

And finally: A vibrant New York begins to resurface

As businesses and institutions in New York moved toward reopening in recent weeks, it was unclear how quickly the former flow of life would return to a city devastated by the pandemic. Even as city officials promised a summer to remember, some mainstays, including Broadway, delayed their plans for return into August and September.

But as vaccination rates continue to rise, so does the vibrancy of the city.

Hot pavement often marks the return of the summer hustle. You know them: the Dominican food trucks parked outside the city pool in Highbridge Park in Washington Heights; the ice cream vendors dragging heavy coolers through the sand at Coney Island; the Delicioso Coco Helado cart propped on a Bronx street corner.

But last summer, the sought-after items were gloves, masks and hand sanitizer. Now, beach buskers, mango vendors and sellers of nutcracker drinks are returning to their posts.

[Read more about the people who make the city’s summer hustle happen.]

Among the businesses that suffered financially during the pandemic’s worst months were florists, and they have only recently begun to bounce back. But as the city has reopened, its parks and blooming gardens have reflected that excitement. Now there is the L.E.A.F Festival of Flowers, coming this weekend to Manhattan.

Several florists who struggled over the past year plan to attend — to publicize their businesses but also to celebrate a new chapter after months of challenges.

And in another sign of the city’s progress, music is returning to the subway system. The Metropolitan Transportation Authority has restarted its Music Under New York program, in which roughly 350 performers at some of the most popular underground spots play as trains barrel through.

The musicians have not returned to huge crowds: average ridership remains well under prepandemic levels. But to some, the size of the audience doesn’t matter.

“After a year of no applause, I’ll take anything,” Sean Grissom, who played the cello on Friday at the 28th Street stop on the No. 6 train, told my colleague Corey Kilgannon. “Anything is better than not being able to play.”

I was a regular at a diner in Brooklyn. I always sat at the counter and ordered a Greek salad and an unsweetened iced tea.

One time when I was there, the waitress paused after taking my order.

“She passed away,” I replied, “but thanks for asking.”

The next time I was there, the same waitress was too.

“Yeah,” the waitress said, “I should have remembered that too.” 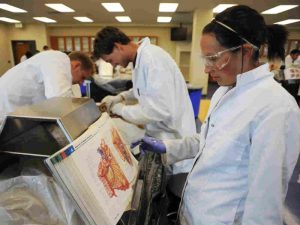 Once Banned, For-Profit Medical Schools Are On The Rise Again In The U.S. 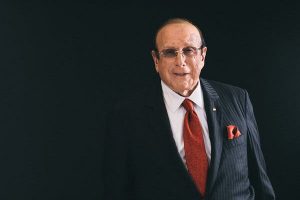