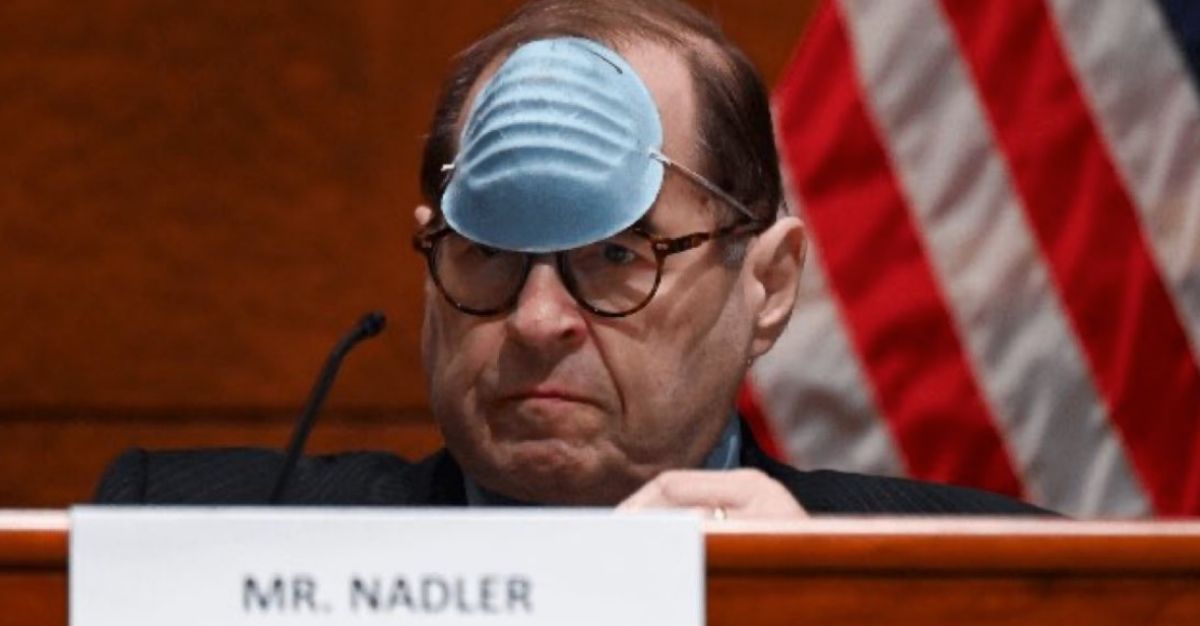 Democratic Rep. Jerrold Nadler of New York is a difficult person to take seriously and that’s terrifying, considering he wields so much power in the House of Representatives.

Aside from the Democrat’s consistent displays of glaring hypocrisy and his propensity to disregard the truth, the 73-year-old is somewhat of a character.

But he’s not even an interesting character.

A swamp creature without a doubt, Nadler has a résumé that should give him all the credentials needed to portray a villainous, 15-term crooked politician in a B-movie.

He might be those things, but he’s much too cartoonish and inelegant for such a role.

Nadler, who claimed this week that the radical leftist group known as antifa is a mere “myth,” is more comparable to a character on the level of Mr. Magoo.

He bumbles his way through different scenarios and gets himself into situations in which he is seemingly incapable of grasping the magnitude of the irony.

Nonetheless, Nadler is the chairman of the Judiciary Committee, so no matter how bad the story is, the country must watch.

At least the representative of New York’s 10th Congressional District is capable of delivering a bit of comedic relief.

Do you think Nadler wears his mask as much as he makes sure others do?

Prior to Tuesday’s sideshow, where Democrats were savaged by Attorney General William Barr, Nadler made a memorable scene when he scorned his Republican House colleagues for not wearing their masks amid the pandemic.

The setup for Nadler’s big moment was that he himself was not wearing a mask when he halted the hearing to chastise his opponents on the other side of the aisle.

Nadler lashed out at GOP Reps. Jim Jordan of Ohio, Andy Biggs of Arizona and Mike Johnson of Louisiana.

Rep. Jerry Nadler yells at members for <…checks notes…> not wearing masks … while he himself isn’t wearing a mask.

Folks, this IS Congress and we pay their salary. pic.twitter.com/HmvzT5lN2O

RELATED: Jerry Nadler Says Antifa Is Imaginary, Gets Savaged by Jim Jordan in Front of Congress

The blunder of a lawmaker was not only wearing his mask improperly when he began hectoring the Republicans, but he actually removed it in the middle of his lecture.

Someone off-camera asked Nadler, “Is it permissible to drink a sip of coffee?”

“It is not permissible,” Nadler, who was unmasked, shot back.

Nadler was met with a mixture of silence and laughter.

How else are serious people expected to respond to such absurdity?

If the audience wasn’t so invested in the ongoing story arc, it might be a little easier to laugh at Nadler.

If you don’t buy in yet to the Mr. Magoo comparison, recall this awkward moment from last month, when Nadler joined other high-ranking Democrats in donning Ghanaian Kente cloths while pandering to black Americans as they led a charge for reforming policing:

In other news, here’s Jerry Nadler trying to take off a mask… pic.twitter.com/uvMBW9BdTz

Or watch Nadler, without a mask, explaining away violent rioting in Portland on Sunday by claiming that antifa violence is a “myth” which is “being spread only in Washington, D.C.”

I ran into Jerry Nadler in DC and asked him to disavow the Antifa violence/rioting in Portland.

There are, of course, other examples of Nadler disregarding the public health he championed Tuesday.

Where is Jerry Nadler’s mask? Is this picture a myth too? pic.twitter.com/CiwXkVFLfT

Perhaps the comparison to Mr. Magoo is a bit off the mark.

It’s almost as if Nadler, who has an honesty problem, wandered his way into Congress in 1992 and simply never left.

Maybe Nadler, as a character, more closely resembles a combination of Mr. Bean and Pinocchio. 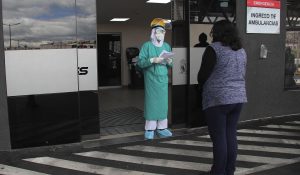 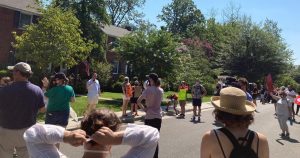