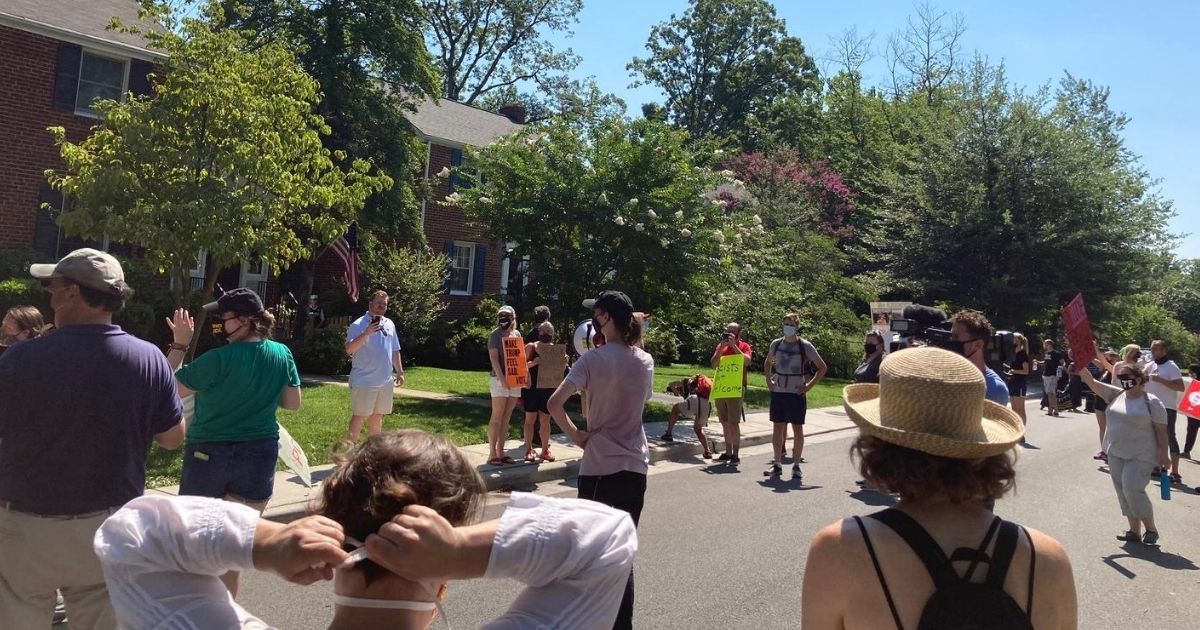 When did the left lose its last shred of sanity?

Portland, Oregon, has become a smoldering war zone after more than 60 straight days of protests in the city, forcing President Donald Trump to finally send in law enforcement from the U.S. Marshals Service and the Department of Homeland Security, among other federal agencies.

Instead of applauding the attempt at restoring law and order, stories began circulating about innocent protestors being pulled into unmarked cars by “secret police” in violation of their Constitutional rights.

That narrative has somehow gained traction despite the ongoing violent unrest, including the siege at the Mark O. Hatfield U.S. Courthouse in Portland where Trump sent in federal agents to defend federal property.

Somehow, stopping the criminals has made leftists angry, provoking them to protest at the home of acting DHS Secretary Chad Wolf.

It isn’t clear if Wolf’s home address was unlawfully publicized, although some of his neighbors apparently participated as protestors, according to The Washington Post.

That’s right — they’re not incensed by mortar fireworks being detonated near a federal courthouse, or about the federal agents possibly permanently blinded by lasers the rioters are using, or even the fact that local officials stood idly by while it happened — they’re outraged at one of the men charged with stopping them.

The intellectually bankrupt and morally repugnant mindset these riot-sympathizers possess is evident in their own words, spoken on the suburban streets near Wolf’s private residence (which itself is a provocative tactic rather than protesting at DHS headquarters).

Do you think Department of Homeland Security Acting Secretary Chad Wolf is being unfairly targeted for trying to stop the nightly riots in Portland?

In a video tweeted by journalist Julio Rosas, one protestor wearing a mask and speaking into a megaphone began her speech decrying how law enforcement is “tear-gassing mothers and fathers and sisters and brothers and children and people of color in Portland, and Albuquerque and everywhere.”

“We are lucky that we have progressive leaders who are never going to be progressive enough, let’s be honest,” she said, oblivious to the fact that the progressives in charge of those cities created the mess with their impotence.

She was annoyed that folks were asked to be polite and not dress like Sean Spicer at their neighborhood Halloween party where he would also be in attendance back when he was the White House press secretary, oblivious to such an embarrassing expression of “white privilege” that comes with sharing a posh neighborhood with high-ranking government officials.

Protesters have gathered outside the home of Chad Wolf, acting secretary of Homeland Security. They are here to protest against DHS sending federal agents to Portland after rioters continue to target the federal courthouse in the city. pic.twitter.com/SeWSElO2KY

“We must make social consequences for these men and women,” the protestor continued. “We must make it uncomfortable for them.”

“We will not be good Germans. We will not be the people who sat by and watched our neighbors commit these atrocities and said nothing because their kids were home, or because they were polite,” she said, referring to Wolf and law enforcement, not the people committing the actual atrocities DHS is trying to stop.

“I’m here because I’m not going to be quiet while this man who isn’t even home because, according to him, we are an angry mob who probably needs tear-gassing,” she said to cheers from the rest of the group.

“We are not an angry mob, are we? We are angry neighbors,” she said.

“This man lives here quietly and is able to live just like us and we need to do something about that,” the protestor said and promised “social consequences, political consequences.”

One speaker at the protest outside of Sec. Chad Wolf’s home complains how there’s no financial, career, and legal consequences for people like him. Says there must be social/political consequences: “[Wolf] lives here quietly…and we need to do something about that.” pic.twitter.com/b47dUrKFrB

This narrative that places federal law enforcement as the aggressors and the actual violent, lawless protestors as the victims is convoluted and delusional.

“What we have in Portland is, every night, again, between midnight and 5:00 a.m., you have anywhere from 2,000, 3,000, upwards to 4,000 violent individuals targeting federal property, the federal courthouse there in Portland and federal law enforcement officers,” Wolf said.

“We see city leadership there has fostered an environment that allows these criminals to do this throughout the night, untouched, absolutely untouched,” he said.

“Portland looks like Baghdad,” Bartiromo said, with rioters hurling bricks at police, despite phony reports of “peaceful protesting” from leaders in city, state, and national government.

“I would say to you, that we have over 70 arrests,” Wolf said, addressing those who claim these protests are not violent. “We have over 188 individual injuries. We’ve got over a dozen times it has been declared a riot that says otherwise.”

“This is violent, violent activity,” Wolf said. “We’ve got dozens of pictures, photos, videos, some of which we released, that say the complete opposite.”

The left is out of its collective mind and out of control.

They have allowed their own cities to burn, permitting violence, destruction and anarchy to reign for two months solid in cities such as Portland.

But now that the feds are actually attempting to do something about it, leftists are caterwauling about the supposed assault on their rights.

Even Democratic Portland Mayor Ted Wheeler himself has had to weather the slings and arrows as the revolution eats its own, but local law enforcement has done little to stop any of it.

These cities cannot continue to descend into bedlam night after night, but the Democratic Party must think it is politically expedient to allow it.

Judging from the protestors who were happy to align with the chaos and destruction, apparently it is — and that’s the worst part of this whole shameful mess. 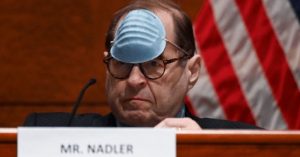 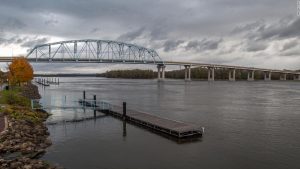