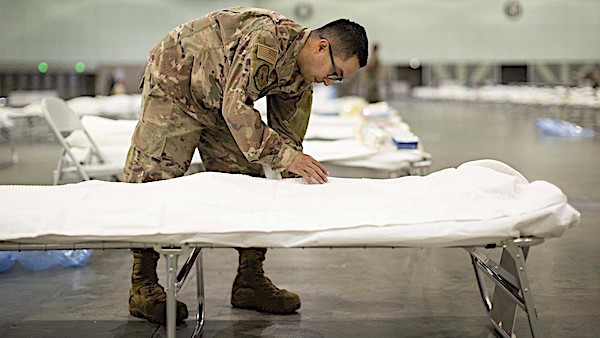 Field hospitals set up across the United States to help medical providers cope with the flood of coronavirus patients cost an estimated $660 million.

But most are being dismantled without seeing a single patient, reports NPR.

For example, a 1,038-bed hospital in Stony Brook, New York, contracted for more than $155 million saw no patients.

In Old Westbury, New York, $118 million was contracted for a 1,022-bed hospital. Again, no patients.

One at the Colorado Convention Center in Denver provided 2,000 beds at a cost of more than $34 million. It saw zero patients.

One that actually had patients, a total of 37, was a $65 million contract for 3,000 new beds at McCormick Place in Chicago.

A chart posted by NPR shows more examples of field hospitals with no patients:

The only operation with a significant load was the $11 million Javits Center in New York, which treated 1,095 patients.

NPR reported: “Public health experts said this episode exposes how ill-prepared the U.S. is for a pandemic. They praised the Army Corps for quickly providing thousands of extra beds, but experts said there wasn’t enough planning to make sure these field hospitals could be put to use once they were finished.”

Robyn Gershon of New York University’s School of Global Public Health told NPR the drawing board must be revisited.

However, those who asked for the hospitals, mostly governors in the various states, say the bottom line is encouraging.

They got support from Gen. John Hyten, vice chair of the Joint Chiefs, who was asked if he was concerned the hospitals mostly were not used.

“For gosh sakes, no. If you see beds full, that means the local capacity of the local hospitals to handle this [has] been overwhelmed. And now we’re into an emergency situation,” he said, NPR reported.

One of the reasons the extra beds were not needed, the report explained, was because of stay-home orders believed to have reduced the spread of COVID-19. 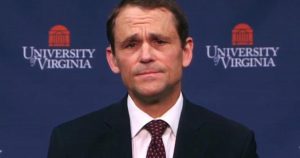 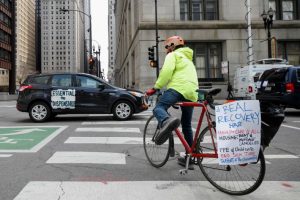