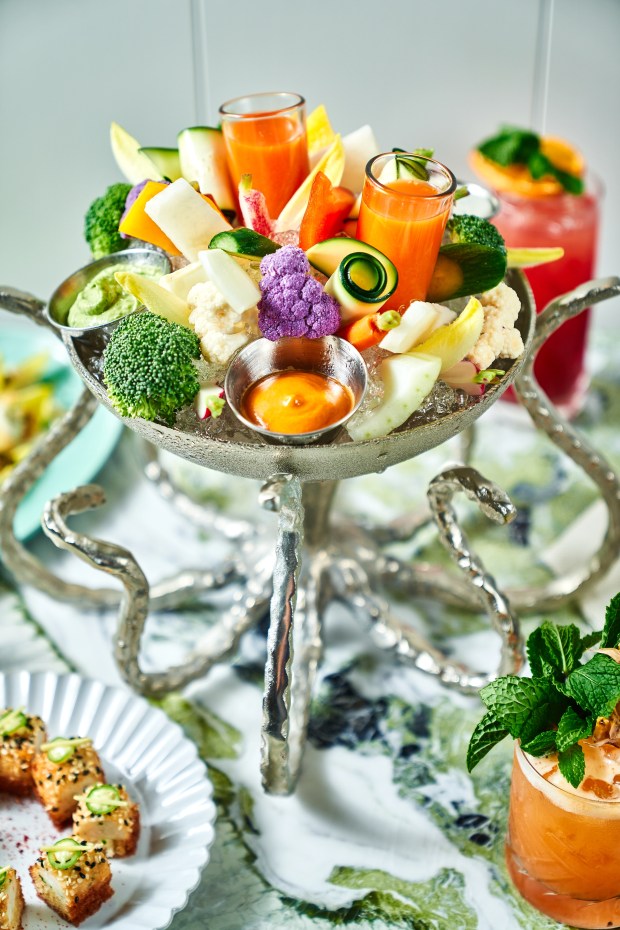 A new generation of restaurants is soon to arrive in the small town of Tiburon, starting with next week’s unveiling of a hip, Los Angeles-born hotspot and the reopening of an upscale waterfront classic after an all-encompassing refresh.

Former Nicasio resident, award-winning chef and global restauranteur Michael Mina has joined forces with nightclub veteran Brent Bolthouse on this new restaurant concept. Bolthouse is the founder of the Bungalow Hospitality Group that’s behind the popular beachy bars the Bungalow Santa Monica and the Bungalow Huntington Beach. This is their second partnership location; the first Bungalow Kitchen by Michael Mina opened in Long Beach earlier this year.

The expansive wine list features 150 local (there’s even a Marin page) and global options by the bottle and glass.

Bolthouse, who has opened a number of notable Southern California nightclubs and is a DJ himself, is bringing his after-dark creds to the town not known for post-dinner revelry. Could the upstairs Salon that’s open weekends from 10 p.m. until a ripe 2 a.m. for reserved or walk-in seating make a dent in Marin’s late-night scene?

Sure, hamlets and clubs don’t naturally pair. And the outlying location might require a trusting faith in transportation apps or a designated driver willing to shun the Day-O cocktail with Santa Teresa 1796 rum, banana, lime, pineapple, coconut and angostura bitters; the City Lights with chamomile-infused vodka, lemon and elderflower; and the Not Easy Bein’ Green with mezcal, green chartreuse, jalapeno, cucumber and lime.

But it’s likely that it will be more than just the in-towners welcoming a nearby nightlife novelty who will find appeal in a post-meal digestif at the speakeasy-style bar, a turn at the billiards table or a lounge seat aside a crackling fireplace while a DJ sets a lively beat on weekends.

The former Guaymas Mexican restaurant has been aesthetically transformed by architect and designer Martin Brudnizki of internationally acclaimed Martin Brudnizki Design Studio, a visionary firm credited for worldly venues worth browsing on its website.

The two-story, 12,000-square-foot waterfront restaurant is described by a spokesperson as “a soulful space that exudes an effortlessly cool, je ne sais quoi vibe.” It encompasses two expansive patios and is fashioned like a community clubhouse to foster a socially conducive experience.

Go to bungalowkitchen.com/tiburon or call 415-366-4088 to make reservations or inquire about holding a private event.

Restauranteurs Dante Serafini and Jerry Dal Bozzo with his wife, Jennifer, have wrapped up their nearly three-year extensive renovation and full remodel of Tiburon’s Caprice, a classic, fine-dining spot built in 1965. Reservations are available for the Nov. 1 opening.

The dining room is slightly larger with extra space borrowed from the kitchen. And although the downstairs bar is no more, the one upstairs has been extended to accommodate nine stools.

“The design is mid-century coastal as the architecture lends itself to that,” says Jennifer Dal Bozzo of the sophisticated setting. “It’s meant to be a very intimate dining experience.”

Although the Caprice holds on to its special occasion status with prices to match, she says the intention is to keep the “well-crafted comfort food” menu familiar for the restaurant’s long-term loyal followers.

Jerry Dal Bozzo collaborated with executive chef J.C. Becerra and chef Federico Carrillo, both of whom he’s worked with on menus over the course of his expansive restaurant career.

The restaurant restoration veteran and visionary team of Serafini and Dal Bozzo is best known for San Francisco’s the Stinking Rose that they opened in their native neighborhood of North Beach in 1991, adding a Beverly Hills location five years later. The restaurant served its popular kitschy theme and garlic-fueled menu for close to three decades before closing in March of last year along with the Old Clam House (as in 160 years old) that they reopened in 2001 in Bayview.

This time around, the Dal Bozzos, who are Ross residents, wanted a worthwhile project closer to home, plans of his pending retirement aside.

“My husband was familiar with the Caprice from way back when and always thought it was an extremely unique location,” Dal Bozzo says. “The moment it became available, it piqued his interest.”

Leanne Battelle is a freelance food writer and restaurant columnist. Please email her at [email protected] with news and recommendations and follow on Instagram @therealdealmarin for more on local food and updates on the launch of The Real Deal Marin restaurant guide. 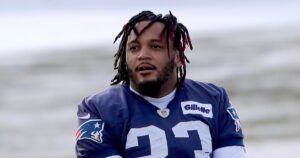 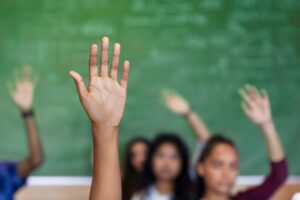 Black and Latino students did worse in schools with ‘diversity officers’: study