The dynamic duo of LeBron James and Anthony Davis lifted the Los Angeles Lakers to the franchise’s 17th world title on Sunday night, bringing a curtain on the most unusual season in NBA history.

James recorded a triple-double and Davis a double-double as Los Angeles cruised to a 106-93 victory over the Miami Heat, ending the best-of-seven championship series in six games.

It is the fourth championship for James, one of the world’s best known and most respected basketball players, who completed his second season in Los Angeles. He led the Heat to world titles in 2012 and 2013 and then brought an NBA championship to his hometown Cleveland Cavaliers in 2016.

After the game, James, 35, was honored with the Bill Russell NBA Finals MVP Award for the fourth time. He won that prestigious award in each of his previous three title runs.

In accepting the championship trophy, Lakers President Jeanie Buss reminded fans of the emotional highs and lows of 2020, including the Jan. 26 helicopter crash that killed basketball icon and beloved Laker Kobe Bryant.

“Let this trophy serve as a reminder of when we come together, believe in each other, incredible things can happen,” Buss said.

By lifting the Larry O’Brien Trophy on Sunday, the Minneapolis/Los Angeles Lakers tied the Boston Celtics for the most world titles by a single franchise, each with 17. The Chicago Bulls and Philadelphia/Golden State Warriors have the next most championship banners, both with six.

The NBA normally crowns its champion in June, but this 74th league season played out like none other.

When the coronavirus pandemic struck the U.S. earlier this year, no NBA games were played between March 12 and July 29.

The league restarted play behind closed doors on July 30 with players, referees, league officials and reporters covering the games sequestered at the ESPN Wide World of Sports Complex at the Walt Disney World Resort near Orlando, Florida.

Despite being confined to central Florida, news outside the bubble still had its impact on players. Performers with the WNBA, who were in a bubble in Bradenton, Florida, and NBA both sat out games following the fatal police shooting of Jacob Blake in Kenosha, Wisconsin.

The work stoppage ended when owners agreed to a host of community engagement efforts, most significantly to use basketball arenas and practice courts as polling stations for the Nov. 3 presidential election.

Kyle Korver and Giannis Antetokounmpo of the Milwaukee Bucks during the statement to the media on Aug. 26, 2020 at AdventHealth Arena at ESPN Wide World of Sports Complex in Orlando, Fla.Jesse D. Garrabrant / NBAE via Getty Images

With the interrupted 2019-20 season now in the books, basketball fans can look forward to the 2020-21 campaign — though no schedule has been announced and it’s not clear if there’ll be any games played in the final months of this year.

The NBA’s late 2020-21 start, and plans for a full 82-game slate and 16-team playoff, could preclude the world’s best players from going to the coronavirus-delayed summer Olympics in Tokyo.

“I think it’s unlikely at the end of the day, that, if we start late, we would stop for the Olympics,” Silver told NBA TV ahead of Game 2 of the Lakers-Heat series. “Because, as you know, it’s not just a function of stopping for the period in which they’re competing over, it will be in Tokyo. But they require a training camp. Then they require rest afterwards.”

And like the NBA, the NHL has not announced its 2020-21 schedule yet and has all but conceded that games won’t start until January. 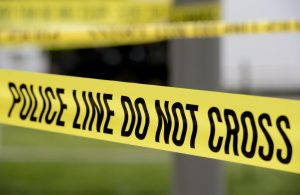 Biden under fire for moving his face mask to cough into his hand. You can’t make this stuff up. 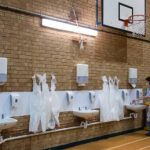 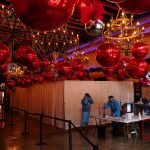 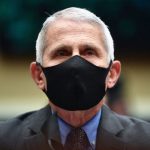 The year’s top quotes: ‘Wear a mask’ and ‘I can’t breathe’