Neil Sridhar, a Melville resident raised as a Hindu, was undecided about where to attend high school when he visited St. Anthony’s, a Roman Catholic school in nearby South Huntington.

He knew St. Anthony’s had a good academic reputation. But when he walked into the principal’s office for a chat and saw a small statue of the Hindu idol Lord Ganesha on his desk, Sridhar was sold.

Four years later, the St. Anthony’s senior has found the private high school — run by the Franciscan Brothers of Brooklyn, in traditional brown robes and sandals — to be a hospitable place for students, regardless of their faith.

“It was very inviting to be honest,” Sridhar, now 17, said of that first meeting with then-Principal Brother Gary Cregan. “It just showed that he valued other religions.”

As efforts to increase ethnic and racial diversity on campus continue on Long Island and nationwide, faith-based private schools are becoming more religiously inclusive as well to attract students like Sridhar — the president of the National Honor Society at St. Anthony’s.

The tuition-charging private schools have another motive besides the spiritual, education experts said. With some schools seeing enrollments drop, it’s also a way to keep revenue streams solvent in tough economic times.

“The Catholic schools of course are trying to stay afloat and have the funds they need to continue,” said Julie Byrne, a professor of religion at Hofstra University. “They really have made accommodations to other populations’ religious sensitivities.”

On Long Island, parents are taking notice. Many are attracted to private schools for their high academic standards, tight discipline, and, in many cases, the religious and moral environment, even if it is of a different faith.

Presbyterian ministers founded the Stony Brook School a century ago, and though anyone could apply, initially it was almost exclusively Christian. The first class had a sole non-Christian student.

In fall 2021, the student body is 50% Christian, said Joshua Crane, head of the day and boarding prep school with grades 7 to 12. The students comprising the other 50% are Buddhist, Jewish, Hindu, Muslim or have no religious affiliation.

“We are a tremendously diverse school in every way, with the religious aspect being front and center,” Crane said. “It is important for us because we are discussing the big questions of life and certainly want to have other people involved in that conversation.”

The 440-student school has long been open to those of other faiths, Crane said. It accepted its first Muslim student, for example, in 1951.

The religious diversity trend has accelerated in the past few years for a variety of reasons, he said. The Stony Brook School is attracting a broader array of students because of its strong academic reputation, the increasing secularization and religious diversification of the region itself, and the fact that many families feel private schools performed better than public schools during the COVID-19 pandemic.

St. Anthony’s student body is still heavily Roman Catholic — about 89% — said its principal, Brother David Migliorino, but its tradition of openness to other faiths is strong, too.

“That’s always been our tradition because the term Catholic means universal, and that means that we have to accept all faiths,” he said. “I think there is always value in learning from other faiths and it also strengthens our faith.”

He noted that St. Francis of Assisi, the founder of the Franciscan order, famously visited the Sultan al-Malik al-Kamil during the Crusades in the 13th Century, and came away with renewed respect for Islam.

Pope Francis “has opened his arms to all faiths,” Migliorino said. “I think he is an example for all of us.”

Nationwide, the number of non-Catholic students at Catholic grammar and high schools increased from 2.7% to 19.7% between 1969 and 2020, according to the National Catholic Educational Association in Leesburg, Va.

Most faith-based schools on Long Island require students to attend religious services such as weekly Mass or chapel, and take religion classes, but do not require them to convert.

“We do not seek to indoctrinate people,” Crane said of his school. “It’s not our job to convert. Our job is simply to present and to open up to students the possibility of a life of faith.”

Some religious schools on Long Island are less diverse religiously. Kellenberg High School in Uniondale is 95% Roman Catholic and 100% Christian, school officials said. Anyone can apply, but the school gives priority in admissions to Roman Catholics, and then non-Catholic Christians. The two groups typically fill all available seats.

The Schecter School of Long Island in Williston Park is 100% Jewish, mostly because a large part of its curriculum is Jewish and Hebrew studies, said Rabbi Scott Sokol, who heads the K-12 day school.

For other religion-based schools on Long Island, far fewer students profess the faith that the schools were founded on.

Friends Academy, started by Quakers in Locust Valley in 1876, is now only 1% Quaker, said Camille S. Edwards, director of diversity, equity and inclusion at the school, which contains an array of other religions.

“We have a faith in this school practice that we believe leaves room at the table for everyone else,” Edwards said. “So you can be a Muslim family in a Quaker school and feel seen and heard and known and loved. You can be a Jewish family. You can be nondenominational.”

At Long Island Lutheran Middle and High School in Glen Head, only 14% of the students are Lutheran, though overall, the school is about 60% Christian, said John Buck, head of the school for grades 6 to 12.

The fastest growing group are those students who say they don’t practice any religion — roughly 37%, according to Buck.

Yet many seem drawn to the spiritual aspect of the school, which has turned into almost a local parish for many families, he said.

“I think it is meeting a need that people have that they may not even realize,” Buck said. “We’ve had people say literally, ‘This became my church.’ “

The mixing of different religions — or even bringing in students who have no faith — produces challenges as well as rewards, educators said.

Stony Brook has 75 students from China who profess no faith, Crane said.

“We have sometimes these kind of awkward moments where a new student comes from China for example,” he said. After a few days in religion class, the student might “raise their hand and ask: ‘Who is this Jesus person that you’re talking about?’’’

But the mix can also produce transformative moments.

At St. Anthony’s, many non-Catholic students “remarkably are very interested and in awe of our liturgies, our retreats,” Migliorino said. “They go to our teachers and say, ‘We have never seen anything like this.’ “

Yixuan Cheng, 18, a senior at Stony Brook who is from China, said that while she is not ready to become a Christian, she is intrigued by the religion and enjoys weekly chapel and evening prayers in her dorm.

“At first it felt quite new because this is my very first time going to chapel and actually praying before meals,” she said. Now “it just feels like a time where I can find peace within myself.” 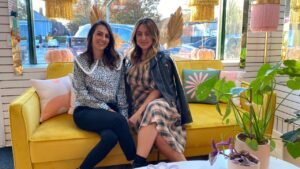 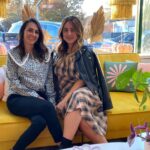 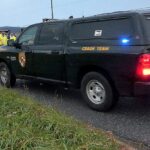 4 dead, including children, in apparent murder-suicides of ex-Maryland officer and his accomplice, authorities say 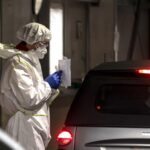 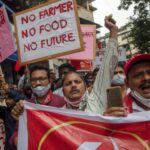